Gov. J.B. Pritzker is calling a special legislative session next month to consider additional pro-choice legislation in wake of the U.S. Supreme Court's ruling overturning the constitutional right to an abortion.

Pritzker on Friday called the court's reversal of Roe v. Wade an "abhorrent decision" that "contradicts the nation's history of expanding rights."

"Privacy rights are being eviscerated right before our very eyes," the first-term Democrat said at a Chicago press conference. "If they can take away your ability to control your own body, there's not much that stops them from making marriage equality illegal and taking away employment protections for your beliefs or your orientation."

"We are headed down a dangerous spiral that will erode our democracy," said Pritzker, who will face an opponent of abortion in November regardless of the outcome of Tuesday's primary election. All the candidates running in the GOP primary for governor have taken anti-abortion positions.

Up to 26 states could see abortion banned or several restricted, including every state surrounding Illinois.

Abortion will remain legal in Illinois due to a series of laws passed in recent years, including the Reproductive Health Act of 2019, which enshrined reproductive health care — including abortion access — as a “fundamental right” in the state.

But, Democratic lawmakers are eager to act and, in Pritzker's words, "more firmly protect women’s reproductive rights in Illinois and address the challenges posed by this radical Supreme Court decision."

Pritzker declined to say what specific measures he would like the legislature to take up, but said it could include "expanding the availability of health care professionals" to handle the coming influx of out-of-state patients.

This could include allowing advanced practice clinicians such as nurse practitioners and physician assistants to perform in-clinic abortions. Currently, they can only prescribe abortion-related medication.

Another is House Bill 1464, which would prevent a licensed doctor in Illinois from being disciplined in Illinois if another state suspends or revokes their license for performing an abortion. It passed the House but wasn't considered by the Senate before they adjourned earlier this year.

"Together, we are committed to taking swift action to further enshrine our commitment to reproductive health care rights and protections," Pritzker said.

However, state Republicans bristled at the need for one, noting that abortion remains legal in Illinois regardless of the court's decision.

"Illinois Democrats have already passed the most progressive abortion laws in the country, including allowing a minor child to get an abortion without notifying their parents," said House Minority Leader Jim Durkin, R-Western Springs. "This ruling will do nothing to protect those young girls in Illinois."

"This is clearly not what mainstream Illinoisans want," McConchie said. "While the governor is calling for a special session to act on these and potentially other extreme measures, Illinoisans are trying to deal with soaring prices and massive grocery bills that are leaving families hopeless. Instead of dealing with these vital issues, Pritzker is embracing an extreme agenda that will make Illinois an outlier even amongst the most liberal states."

Specific dates for the special session were not immediately released, but many expect it to occur following the July 4 holiday weekend.

Here is a sampling of the reaction from Illinois elected officials and activists:

“Roe was overturned because we lost elections. Now that they have defeated Roe on a national level, anti-choice extremists are coming for pro-choice states like Illinois. Protecting Illinois will come down to electing pro-choice leaders in the Illinois Supreme Court, Governorship and General Assembly in the 2022 election. If we do not win in 2022, Illinois could see the end of abortion access and the enactment of laws similar to those in Texas and Oklahoma."

"Today is an absolutely joyous day for the most innocent members of the human family and their mothers. Thanks to the court’s bold action, countless lives will be saved. Here in Illinois our work is just beginning thanks to our radical laws, but today is a day of celebration."

“In states across the nation, this decision ends the right for millions of women to access safe reproductive health care. However, the right to safe, accessible abortion is still legal here in Illinois. Illinois Democrats have enacted some of the strongest reproductive health access laws of any state in the nation, and we will continue to serve as a haven for women across the Midwest and the country who need access to abortion."

"Today, millions of prayers have been answered. Abortion is a very difficult and controversial topic in which real lives — of both mothers and babies — are deeply affected. Because of this monumental ruling, the regulation of abortion is now being left to individual states as it should be. I support our state party platform that values the dignity of all life, from conception to natural death, and applaud the six Supreme Court Justices who had the courage to be real judges instead of judicial legislators. Judges should interpret the law, not make law.

“This is a historic and incredible day for Life and the unborn in America, a day that all of us in the pro-life movement have been praying for and working towards. The Supreme Court was absolutely right to overturn previous, wrongly-decided abortion decisions. Nothing in the Constitution confers the right to an abortion. As a pro-life lawmaker with a 100 percent pro-life voting record, I have advocated for years that the Court overturn Roe.

"As a father of three and a Pro-Life advocate, I applaud the Supreme Court's decision in the Dobbs case, returning the question of abortion to the states and to the people. In Congress, I stood proudly with the growing Pro-Life movement to advocate for the Supreme Court to reconsider Roe v. Wade, and this decision is a huge victory for the sanctity of life.

"A joyous victory for Life! The end of Roe is the beginning of a new chapter, where we embrace a culture of life with a reverence for all of God's children. I applaud President Trump, who delivered on his promise of a Court that would honor the Constitution and our sacred right to life. Please join me in praying for all the unborn victims of Roe v. Wade and for the women who have been deceived by the cruel abortion industry

"This decision turns the clock back to a time when women did not have autonomy over their own bodies and died trying to access health care. Over the past few years, we took many steps in Illinois to affirm a woman’s right to make decisions about her own body."

"As long as there is a Democratic majority in the Illinois State Senate, we will continue to protect those rights.”

"I’m grateful that in Illinois we’ve prepared for this day. Thanks to strong women and fierce advocates we have codified reproductive health care into law, and we will always trust women to make their own health decisions."

"Today our nation is taking an enormous step backward but, regardless of what any conservative judges say, in Illinois we will never waver in our fight to ensure every person has the right to safe, accessible reproductive care.”

What the Roe v. Wade reversal means for abortion access across America

What a Roe v. Wade reversal could mean for abortion access across America

Travel distance for abortion access could increase by hundreds of miles

Clinic states brace for an influx of abortion patients

Tim Michels has been endorsed by the former president, while Rebecca Kleefisch is the preferred candidate of the former vice president.

Barnes' win would set him up to face Republican U.S. Sen. Ron Johnson on Nov. 8.

Voting underway in Wisconsin's partisan primary. Here's everything you need to know

Who's running? Where do I vote? Can I still register on Tuesday? All you need to know for Tuesday's partisan primary election.

Voters in Wisconsin have spoken. Now the counting begins

Polls have closed for Wisconsin's partisan primary, which will narrow the field of candidates running in multiple local and statewide races.

Wisconsin’s secretary of state has no role in elections, but that could change if Republicans are able to flip the seat this year and pass a law that would empower the office with far more responsibilities.

Days after saying that running negative ads is "just bad policy," Tim Michels launched a blistering attack against Rebecca Kleefisch that faults her not backing Donald Trump in 2016 and brands her as "the ultimate Madison insider."

Running on the myth that the 2020 election can be "decertified" proved to be a losing issue for many pro-Trump candidates.

No Democratic opponent will appear on the ballot to face Vos, R-Rochester, in November, giving Vos a clear path to another term. Steen, an election denier, was boosted last week by a Trump endorsement.

The investigation found a "hostile or unprofessional working environment" may have contributed to the suicide of another high-ranking civilian employee.

This wearable human-machine interface could be the future of devices

‘Return to the Inferno’: Wildfires rage in southwest France

‘Return to the Inferno’: Wildfires rage in southwest France

Massive models of planets light up at Czech planetarium

Massive models of planets light up at Czech planetarium 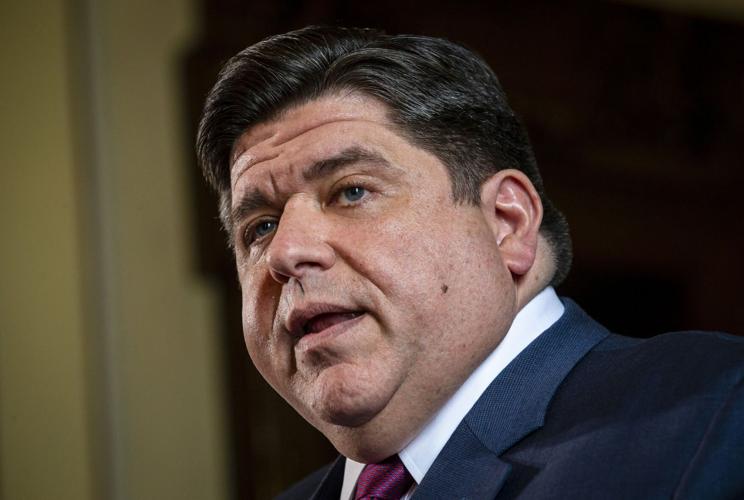 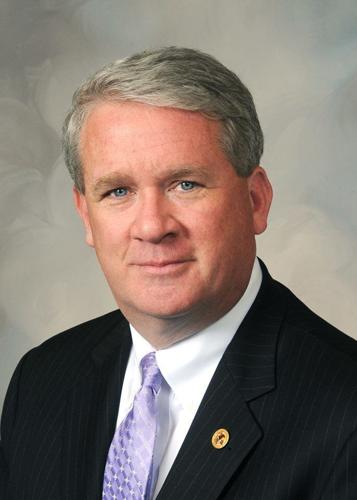