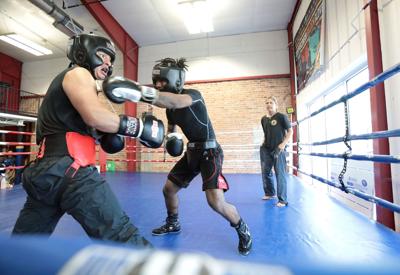 Her primary concern isn’t how well you can actually box. Good, bad, somewhere in the middle, that’s not the point for Andrea Nelson.

She gravitates toward the boxers who put in the effort. That group has included elite competitors such as the two she’s trained who have gone through Olympic qualifying, Chris Ousley in 2016 and Briana Che during the most recent cycle. It also has included those with not nearly as much talent who nonetheless keep coming back to the gym, even after they’ve struggled through months of training just to get to the point where Nelson finally allows them into the ring to throw only jabs in one-punch sparring sessions.

Nelson is the president of the Bob Lynch Boxing Foundation, which is running the Wisconsin Golden Gloves state tournament that begins Friday at the Marriott West in Middleton. According to those who have taken her classes at Ford’s Gym on Winnebago Street or have received specialized training at the 700-square-foot boxing gym she set up at her home on Madison’s West Side, Nelson is part boxing coach, part life coach.

The way Nelson sees it, boxing has a way of attracting people who are looking for something or trying to solve some issue in their life. She just wants to be there to help them.

Mike Noack got to know Nelson while training under her for a White Collar event in the Chicago area. He stuck around and now helps her run a similar event annually in the Madison area while also serving on the Bob Lynch Boxing Foundation board of directors.

“You get people that come in here that have all the comforts in the world, but deep down they’re struggling with something,” Noack said. “She’ll figure out what that is and find a way through boxing to work on it.”

Che had done her homework prior to arriving at Ford’s Gym in November 2016. The facility was appealing to her and, after watching a YouTube clip of an interview Nelson had done years earlier, Che knew she’d found the person she wanted to coach her.

Boxing wasn’t something Che had even tried to that point — she’d competed in soccer and track and field in college — but she instantly fell in love with the sport and decided she wanted to be great.

Che, now 31, got a late start in the sport but that didn’t stop her from making a run at qualifying for the Tokyo Olympics. She came in second as a welterweight in a qualifier leading up to the 2020 Olympic trials, but Che said the combination of schedule changes caused by the COVID-19 pandemic and balancing her work responsibilities derailed any chance of Che making the U.S. team.

Nelson taught Che how to box, but their bond went beyond the ring. At times, Che struggled with the pressure of fulfilling her Olympic dream. She also had confidence issues and would struggle staying focused during training sessions because she was distracted by things that had happened at her previous job as a strength and conditioning coach for the University of Wisconsin women’s soccer and women’s rowing programs.

“My countenance wasn’t at all confident somedays,” Che said. “I would struggle mentally and Andrea always was there to pull me back.”

During her most intense stretches of training, Che would have sessions with Nelson six days a week. But she’d often find herself getting together with her coach on the off day as well, the two getting into deep conversations at Nelson’s home.

“I’ve only known her for five years,” said Che, who recently moved to Texas and is expecting her first child in October. “But it feels like I’ve known her for a lifetime.”

Eddie Kenrick was born with what he calls “a messed-up foot” that finally got amputated about eight years ago. He was depressed and overweight when he arrived at Ford’s Gym to work out four years ago.

What Kenrick quickly learned was Nelson has a way of sensing something is wrong even when boxers are trying to keep problems inside. Kenrick said Nelson is exceptional at getting boxers out of their own heads.

“That’s the magic,” he said. “You think you can think your way out of it, but you can’t. You have to take action.”

Kenrick eventually got to the point where he could take part in an actual bout. He lost — Kenrick disputes the decision to this day — but has found a home at Ford’s Gym. He’s known as the spit-bucket guy who works alongside Nelson during fights.

What makes Nelson so special? Kenrick had a hard time putting that into words.

“But everybody can feel it,” he said, “and that’s why we keep coming back.”

Mauricio Vazquez said boxing gave him a purpose when he was having trouble staying focused in school, first getting expelled during his freshman year at Madison East High School and later needing a rally during his final semester just to graduate.

Now 22, he’s developed discipline. Nelson even convinced Vazquez to become an assistant coach in her beginner’s class and helped him land a job as the coach of the UW-Madison club team.

“Her and the other coaches have inspired me because they’ve changed lives,” he said. “That’s not their purpose, but they do it subconsciously. They make people want to become champions, make them want to become a better person. That’s what I want to do as well.”

What’s clear in talking to some of those whose lives Nelson has touched is how much they’re drawn to her. She’s a motherly figure, which helps, but she’s also tough as nails. It seems to be the perfect combination for people looking to face their fears.

Nelson has helped them become better boxers and, more importantly, better people. What they may not even realize is how much they’re helping her with her own demons.

Jim Polzin: Andrea Nelson's extended boxing family has helped her just as much as she’s helped them

The sport helped Nelson turn around her life to the point where she’s now making an impact on the boxers she coaches — just as they continue to stand in her corner.

Best of the beat: Take a look back at 5 of Jim Polzin's favorite stories from his sports reporting career

Choosing only five stories from a career that dates to 1997 wasn’t easy. I’ve been blessed to interview a lot of interesting people and cover … 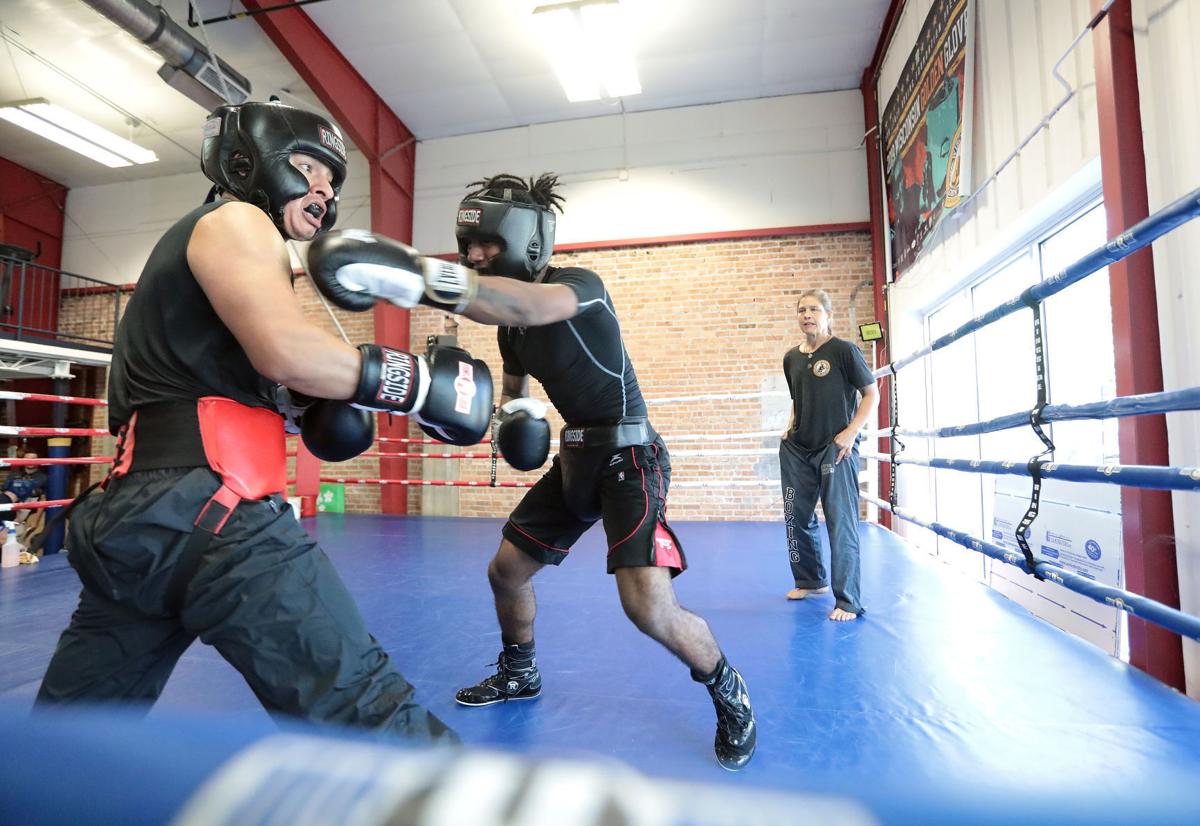 Mauricio Vazquez, left, and Deshawn Ford spar during a training session held by Andrea Nelson at Ford’s Gym in Madison. 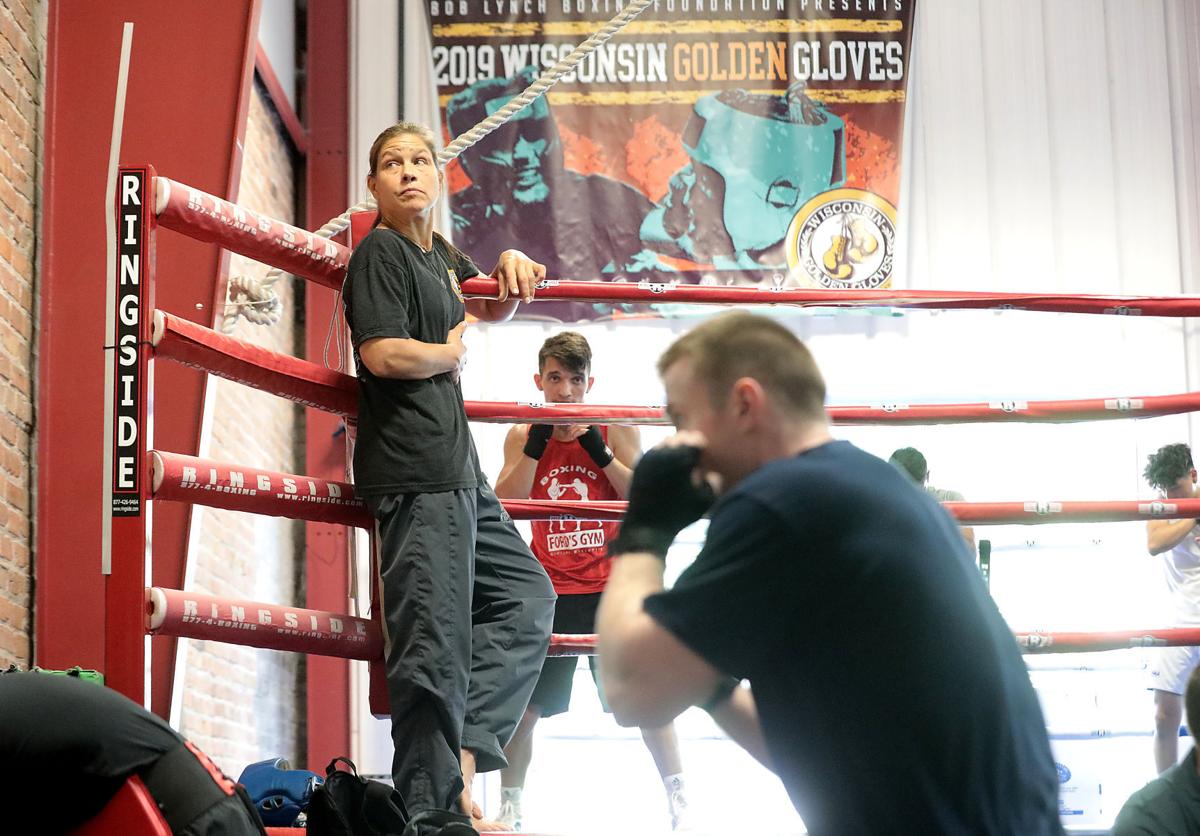 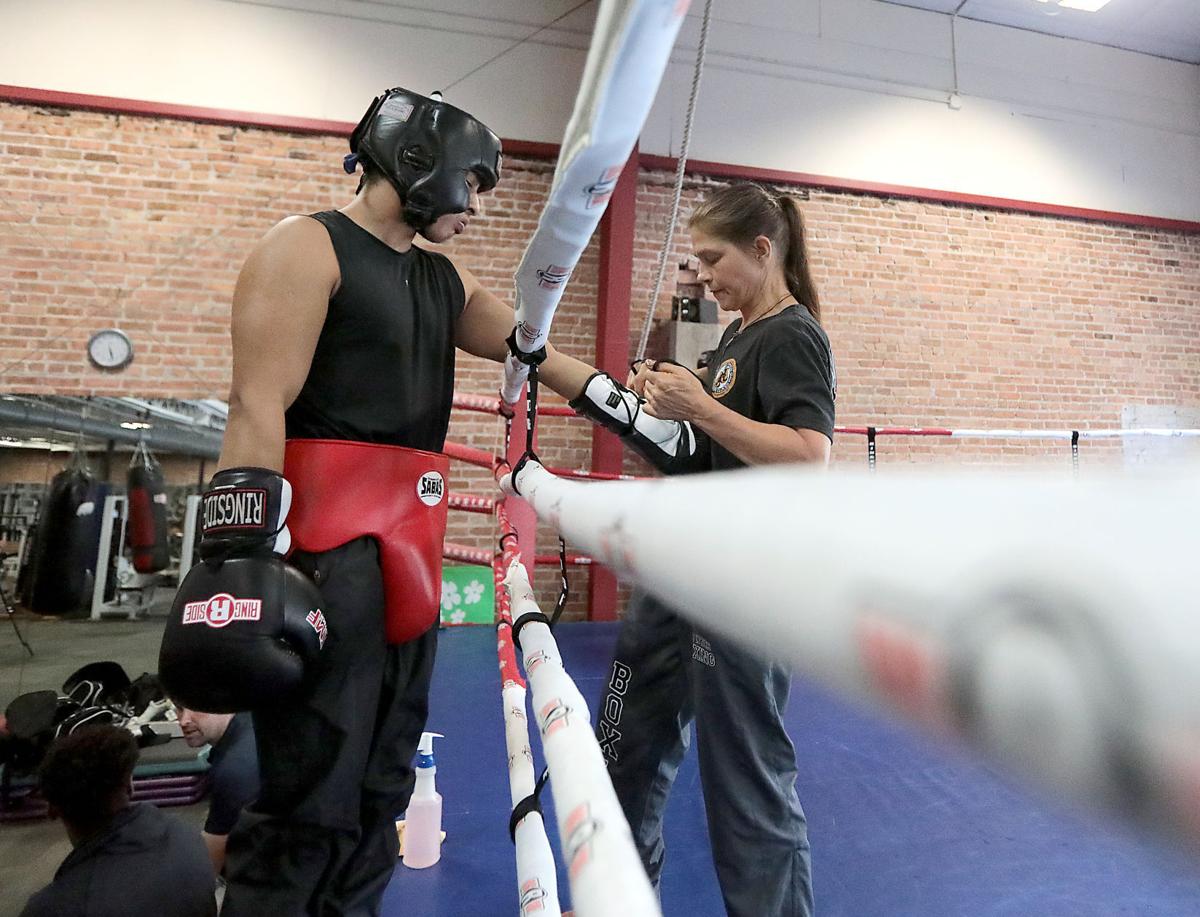 Mauricio Vazquez has his gloves laced by Andrea Nelson prior to a sparring session June 30 at Ford's Gym in Madison.