Become a Member
Read Today's E-edition
Share This
Stormy weekend for southern Wisconsin, but rain totals could vary widely
0 Comments
Share this
1 of 2 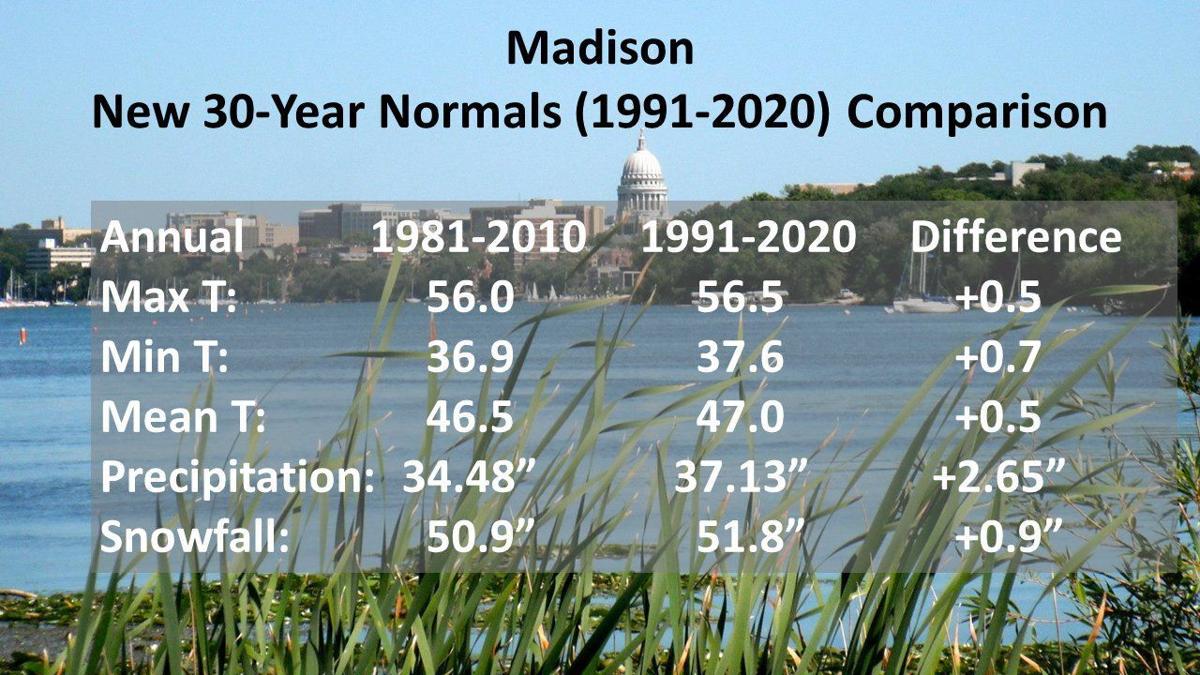 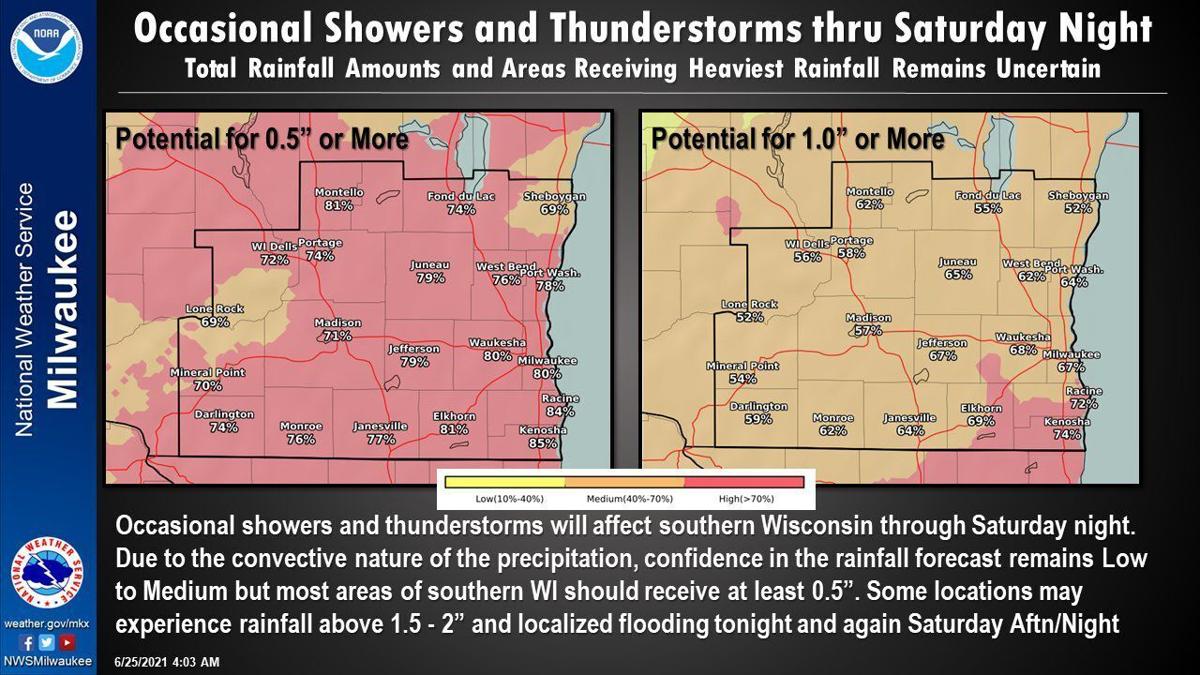 A stormy weekend is on tap for southern Wisconsin, but rain totals could vary widely, with most receiving at least a half-inch of rain and some seeing 2 inches or more, according to forecasters.

Thunderstorms were popping up over southern Wisconsin on Friday morning, and more are expected overnight across much of southern Wisconsin, with some locally heavy rainfall possible, the National Weather Service said.

And, like much of southern Wisconsin, Madison is only in moderate drought, as 1 to 2 inches of rain in the past week improved Dane, Jefferson, Waukesha, Milwaukee, eastern Green and western Rock counties from severe to moderate drought, according to the U.S. Drought Monitor.

Southeastern Walworth and Kenosha counties remain in extreme drought, while southeastern Rock, the remaining portion of Walworth, and Racine counties are in severe drought.

The precipitation over the next few days should reduce short term dryness, but additional soaking rains are needed to alleviate the drought.

Precipitation deficits in far southeastern Wisconsin, in the extreme drought area, are 7 to 8 inches since March 1, which is about half of normal. Deficits since March 1 for the rest of far southern Wisconsin (Madison to Milwaukee and south) are 6 to 8 inches, which also is about half of normal. Deficits from Sauk County to Sheboygan County are 4 to 6 inches.

In Madison on Friday, along with some showers and possible storms, look for cloudy skies, a high near 81 and calm wind becoming northeast winds around 5 miles per hour, the Weather Service said.

Overnight, there’s an 80% chance for showers and storms, with a half to three-quarters of an inch of rain possible, as the low falls to around 68.

Showers and storms on Saturday could total a half to three-quarters of an inch of rain, with a steady temperature around 70 and south winds at 5 to 10 mph.

Overnight Saturday into Sunday, there’s a 70% chance for showers and storms, possibly totaling a quarter- to half-inch of rain, as the low edges down to around 65.

Skies over Madison should be partly sunny Sunday through Tuesday, and mostly sunny Wednesday and Thursday, with highs near 79, 80, 81, 80 and 78, and lows Sunday night through Wednesday night around 64, 65, 64 and 62.

Photos: Check out these epic shots of past Madison-area storms

Tornado leaves Barneveld in ruins in 1984

Tornadoes rip through Stoughton in 2005

Tornadoes rip through Stoughton in 2005

Branch breaks through wall in 2006

Madison residents dig out from under 2012 snow storm

Crews clean up fallen trees in 2014

Heavy rains cause flooding in 2014

Storm clouds loom over area in May 2017

Flooding in Tenney Park in 2018

Tornadoes in the U.S.

What do we know about the Omicron variant?

WHO designates new COVID strain Omicron as ‘variant of concern’

WHO designates new COVID strain Omicron as ‘variant of concern’ 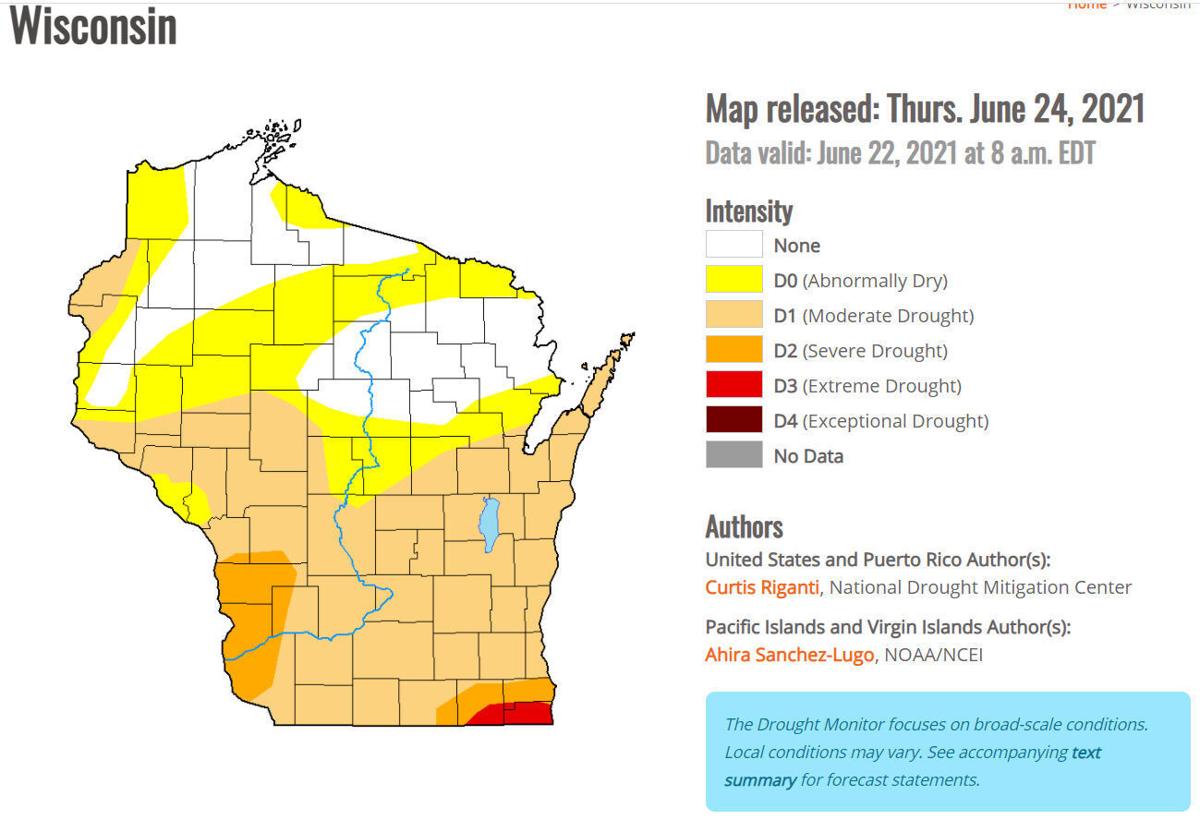