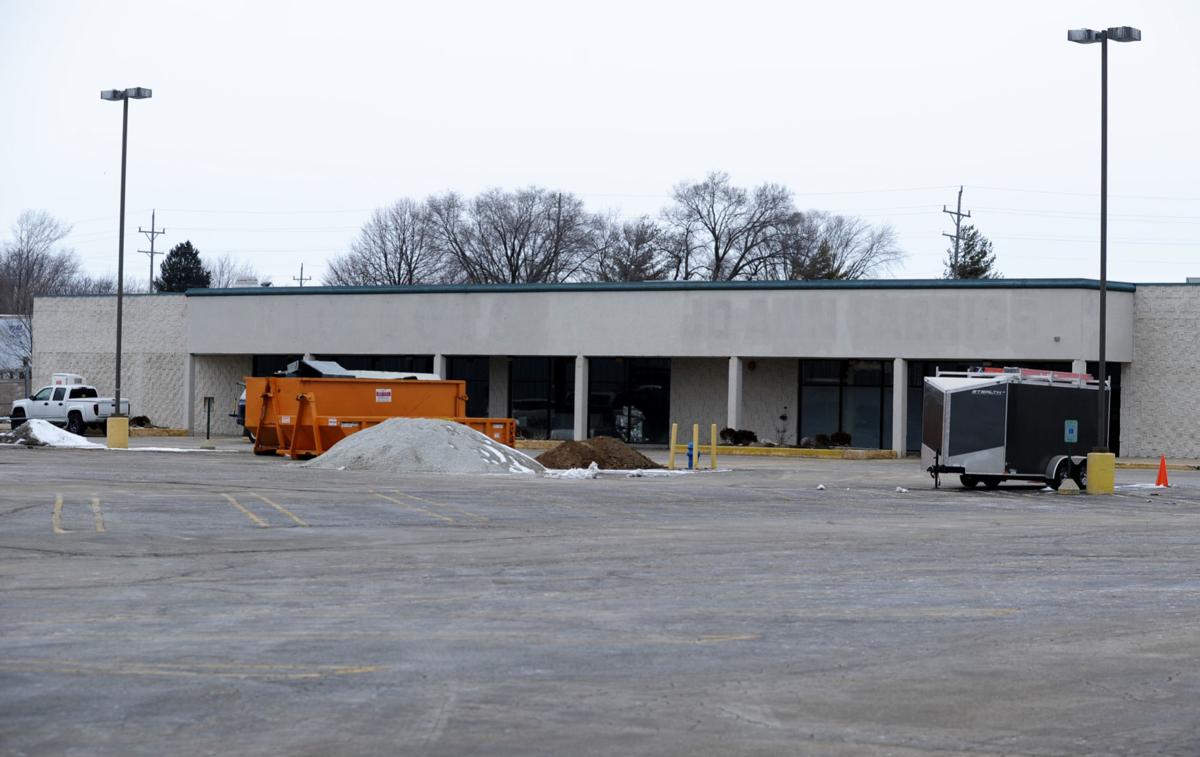 Work is taking place to convert empty buildings in Sun Plaza in the 3600 block of 52nd Street into a new home for Kenosha Human Development Services. 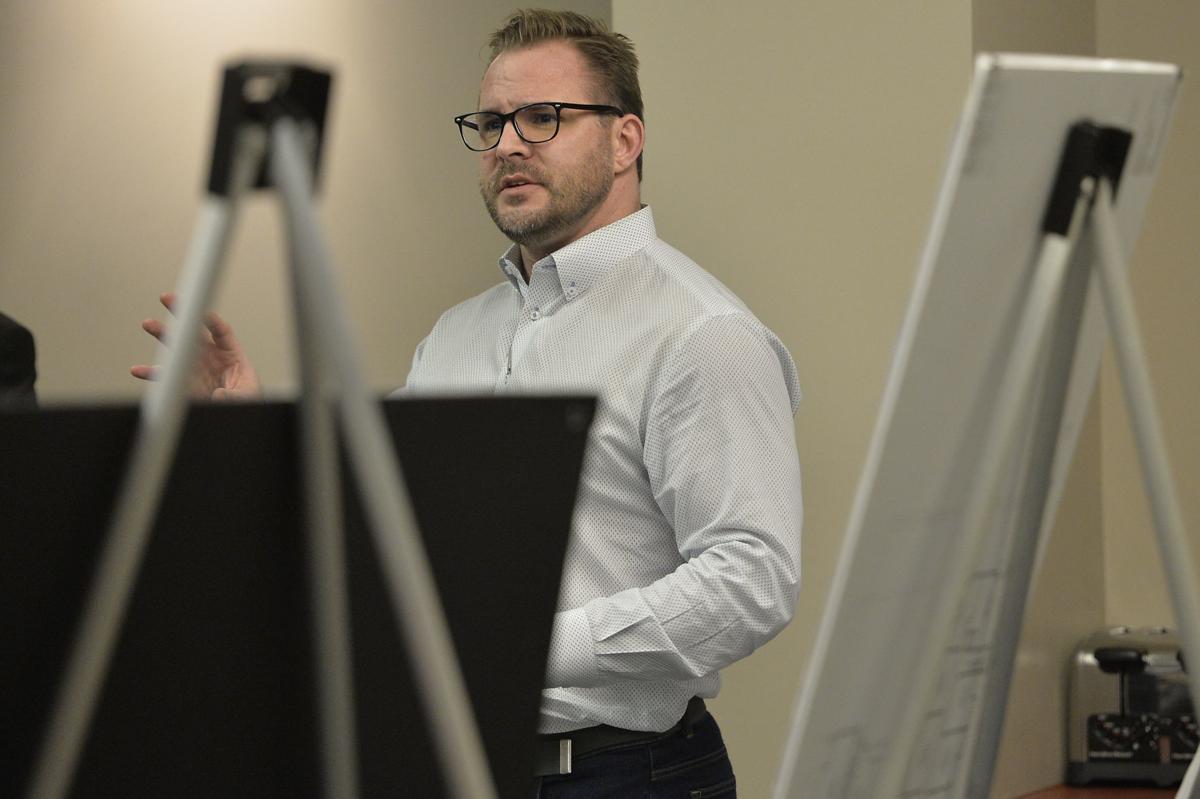 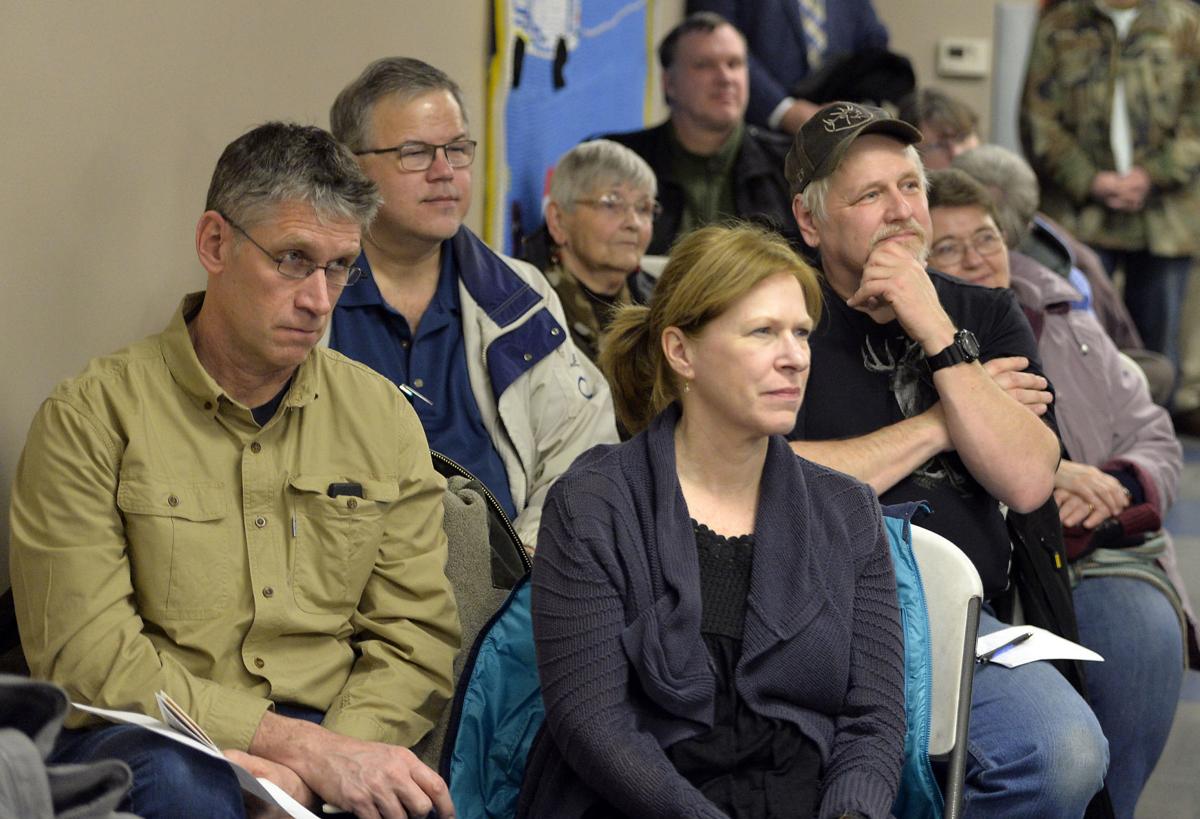 The audience listens to presenters during a meeting Tuesday about development projects taking place in Kenosha's 10th District. 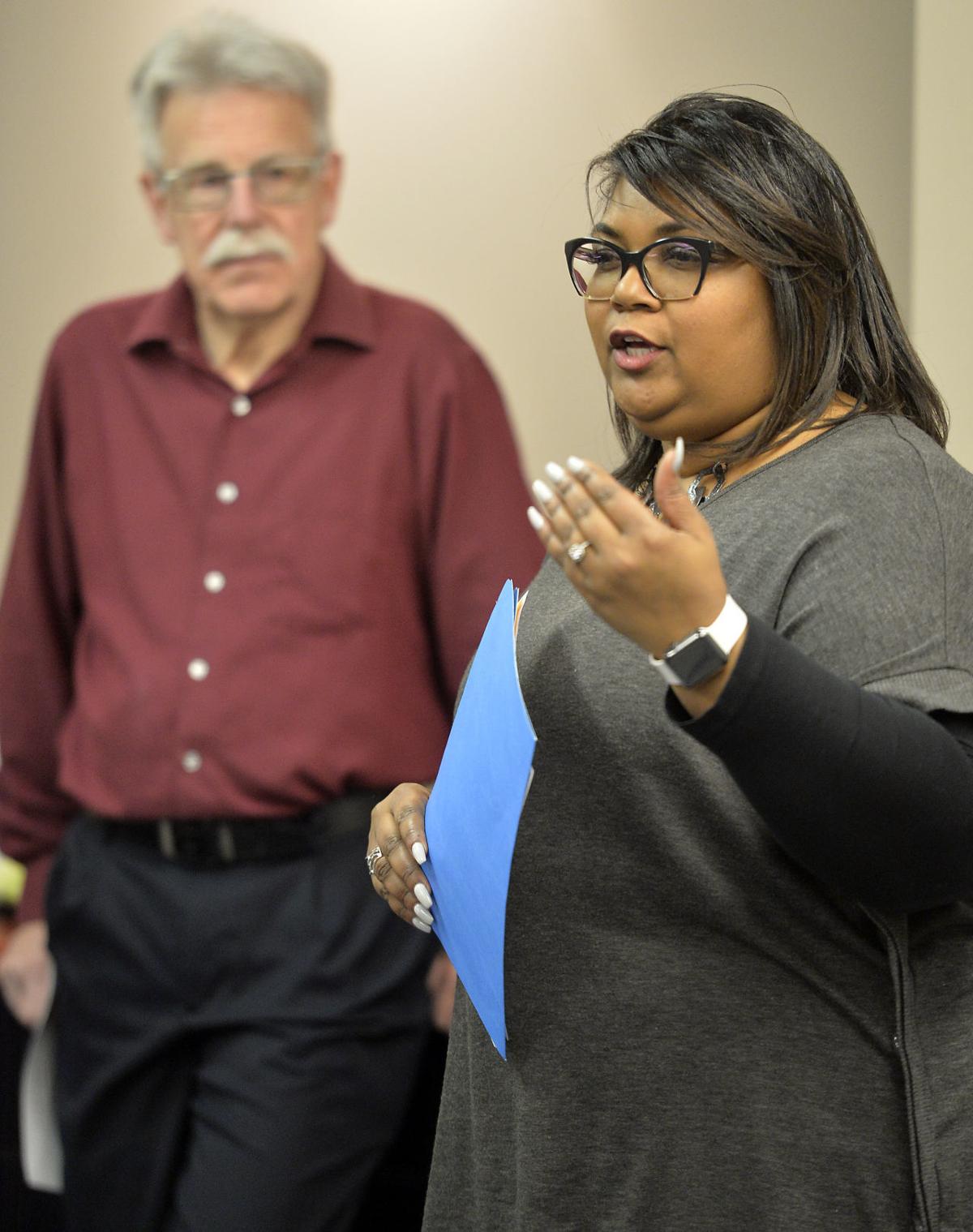 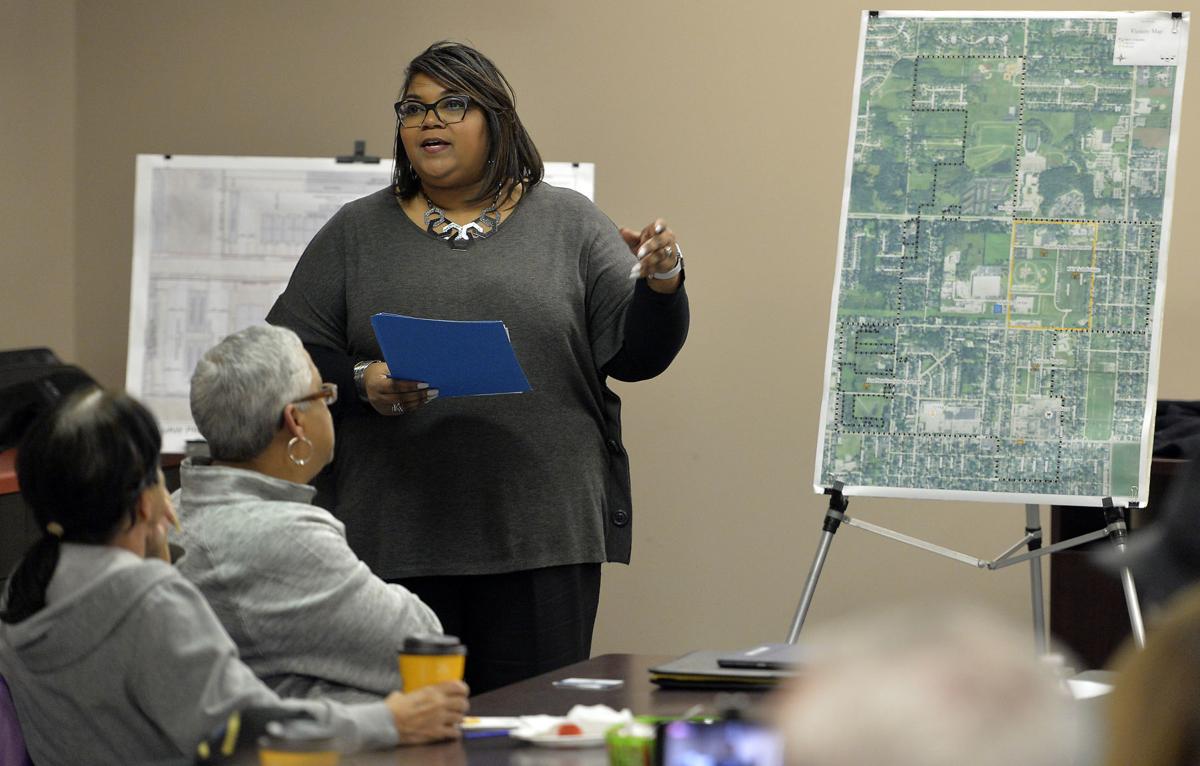 Tamarra Coleman, executive director of the Shalom Center, addresses the audience during a meeting Tuesday about development projects in Kenosha’s 10th District. 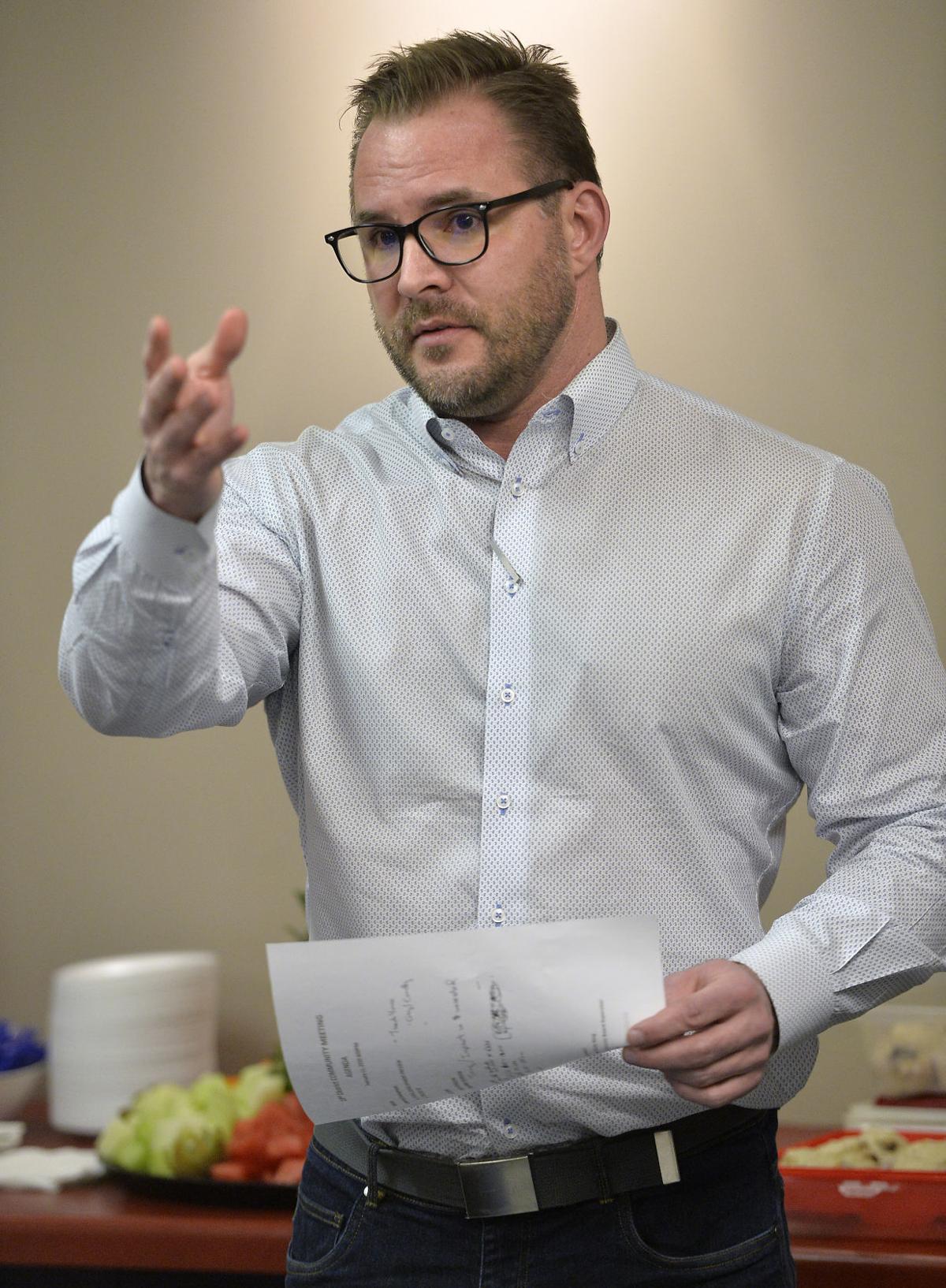 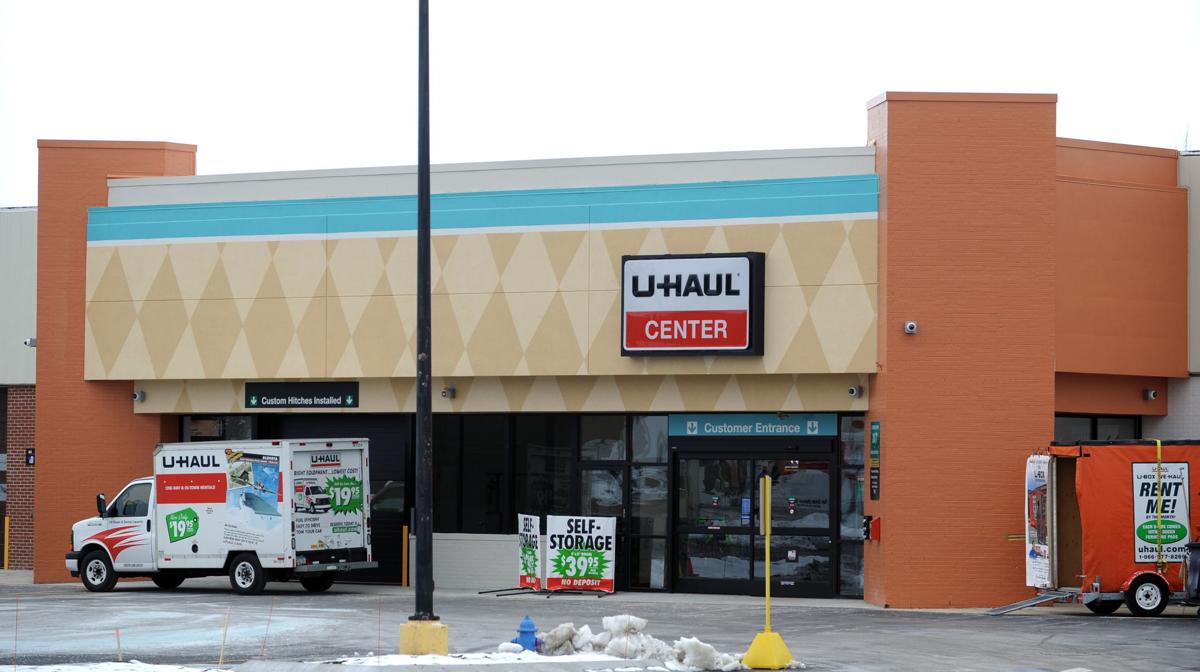 U-Haul now occupies the former Walmart building on 52nd Street and is renovating a portion of it into storage space. 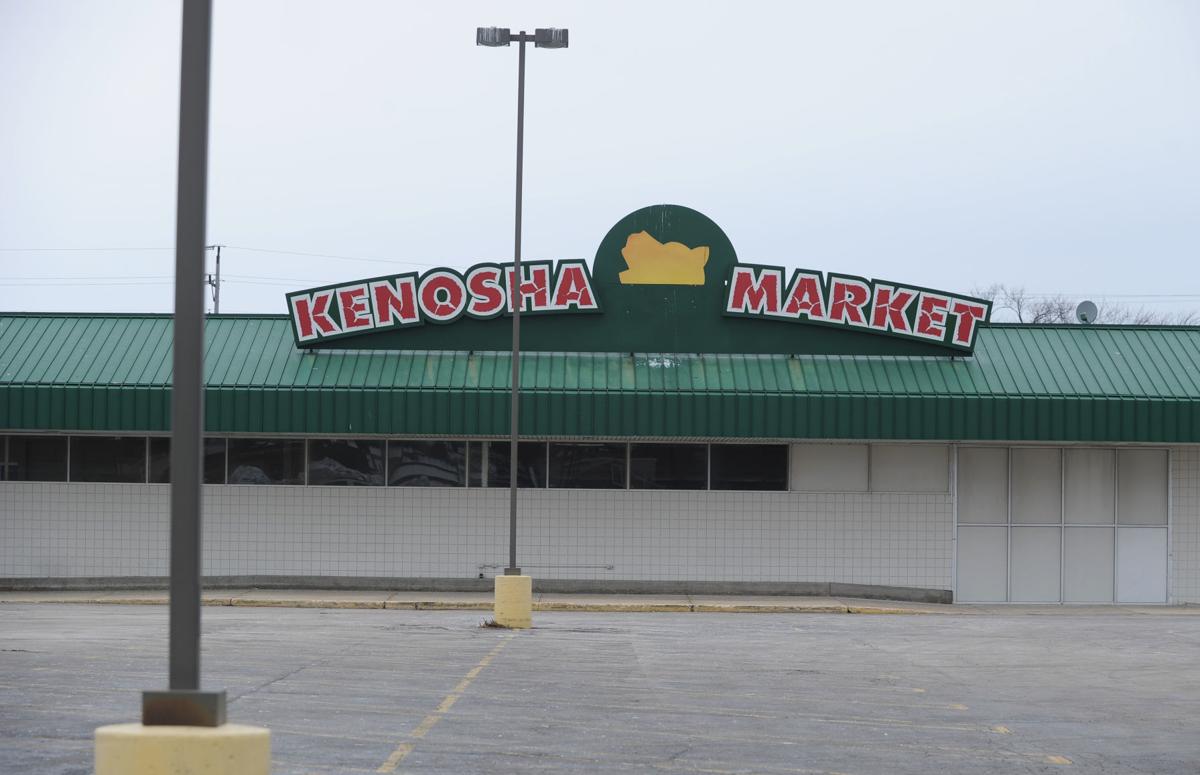 The Kenosha Piggly Wiggly Fresh Market in Sun Plaza in the 3500 block of 52nd Street closed in 2018.

A Kenosha County social service agency will be relocating to what was once a shopping center that housed Big Lots, JoAnn Fabrics and a grocery store.

Sun Plaza, in the 3500 block of 52nd Street, will be the new home to Kenosha Human Development Services, according to Bear Development President S.R. Mills.

The agency is currently located at 5407 Eighth Ave.

“Through the help of the city and the county, Kenosha Human Development Services was looking to relocate from downtown, and they needed about 50,000 square feet,” Mills said.

While the exterior of the building looks the same, he said, $3 million has been invested to rehabilitate the interior.

“From our standpoint, that’s great because that activity will bring additional activity, and we look forward to leasing the last 50,000 square feet there,” he said.

It’s just one of the many redevelopment efforts taking place in the city’s 10th District and presented to residents at a community meeting Tuesday at Kenosha Area Transit, 4303 39th Ave.

District Ald. Anthony Kennedy played host to the meeting that drew about 40 people.

While Sun Plaza was once a bustling shopping center, when Bear acquired it recently, only a third of the existing building space was being occupied.

“There was a pretty big hole in there, and a big question as to what the next steps were for what that center was going to be,” he said.

Mills said Sun Plaza was part of the “impetus” for many of the investments that have been made to revitalize several commercial and residential areas in the 10th District.

The interior for the new KHDS building, which is currently under construction, should be finished in the next three to four months. The exterior should be completed by late summer to early fall.

He said future work would be done on the exterior and on the north side of the building, where it would benefit from landscaping and lighting. Parking for the building would also be addressed.

Other projects in the works under Bear include housing on property south of the United Auto Workers Union Local 72 hall on Washington Road.

“We’re cautiously optimistic that we’d be able to start from a construction standpoint this fall,” he said.

By fall 2021, Bear expects to begin leasing units, he said. Rental units would range from $700 to $1,300 per month for studio to three-bedroom apartments.

“When looking at the marketplace with what’s available for new housing, it’s about as cost effective as we’re going to get,” he said.

Construction would ideally begin in the summer with development to continue over the next five years, he said.

Mills said he’s working with city officials to attract an occupant for the former Local 72 headquarters.

Kennedy noted that U-Haul is continuing work to revamp the former Walmart building on 52nd Street with about 900 self-storage units.

Kennedy said U-Haul has cut down trees behind the building to maximize lighting and deter vandalism, graffiti and other criminal activities.

Construction at the Fox Meadowview development at 50th Street between 47th and 52nd avenues has yet to come to fruition, according to city officials. The proposed development includes 100 market-rate rental units.

The development was approved by the Kenosha Plan Commission last fall. However, developers “have not really committed to moving forward with the project,” said development director Jeff LaBahn.

“So quite frankly, there’s a large question whether their project will even happen or not,” he said.

A 33-year-old woman was killed early Wednesday when her vehicle struck a utility pole on Washington Road.

A man who had been passing vehicles at 90 mph on a residential street in Kenosha lost control, crashing into parked vehicles and a light pole.

Kenosha Police are investigating the death of an 18-year-old woman.

Historic northern Wisconsin property and its 25,000-square-foot mansion up for sale

The former Alexian Brothers Novitiate mansion is only a shell of a building, but the $2 million asking price includes 181 acres along the Red River in Shawano County.

More than two decades after he allegedly killed his wife, Mark Jensen will likely again be headed to trial.

Looking for a home

These pets are available for adoption at Safe Harbor Humane Society in Kenosha, 7811 60th Ave.

Work is taking place to convert empty buildings in Sun Plaza in the 3600 block of 52nd Street into a new home for Kenosha Human Development Services.

The audience listens to presenters during a meeting Tuesday about development projects taking place in Kenosha's 10th District.

Tamarra Coleman, executive director of the Shalom Center, addresses the audience during a meeting Tuesday about development projects in Kenosha’s 10th District.

U-Haul now occupies the former Walmart building on 52nd Street and is renovating a portion of it into storage space.

The Kenosha Piggly Wiggly Fresh Market in Sun Plaza in the 3500 block of 52nd Street closed in 2018.