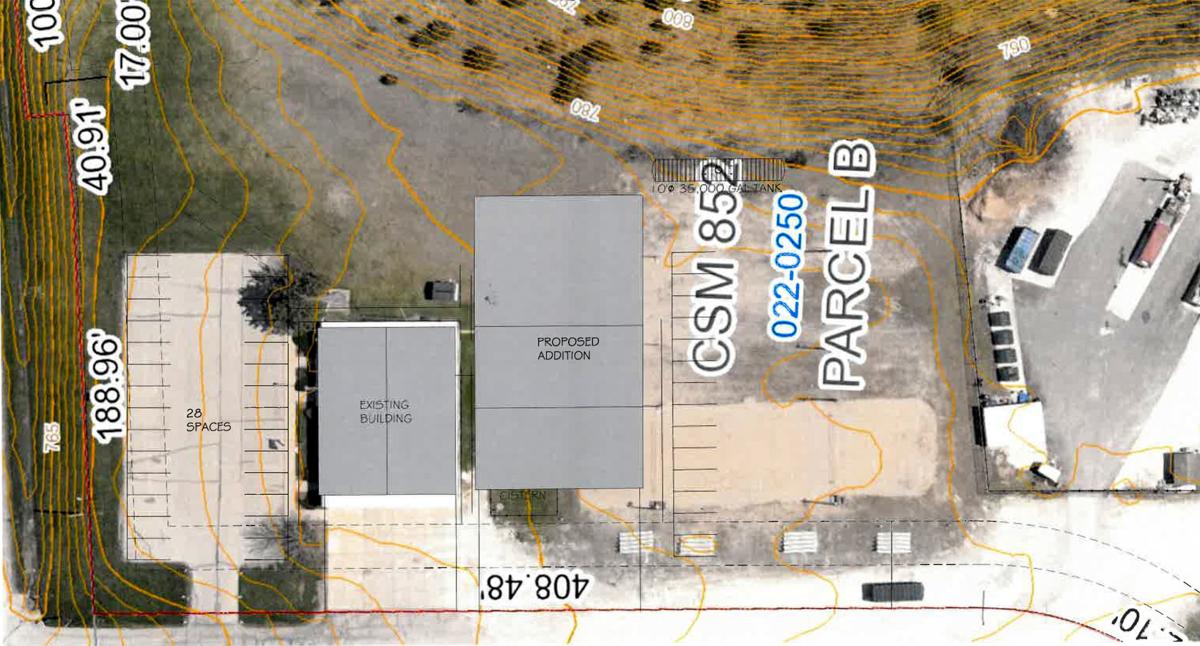 This site plan rendering shows where the new construction would be worked in at the site. 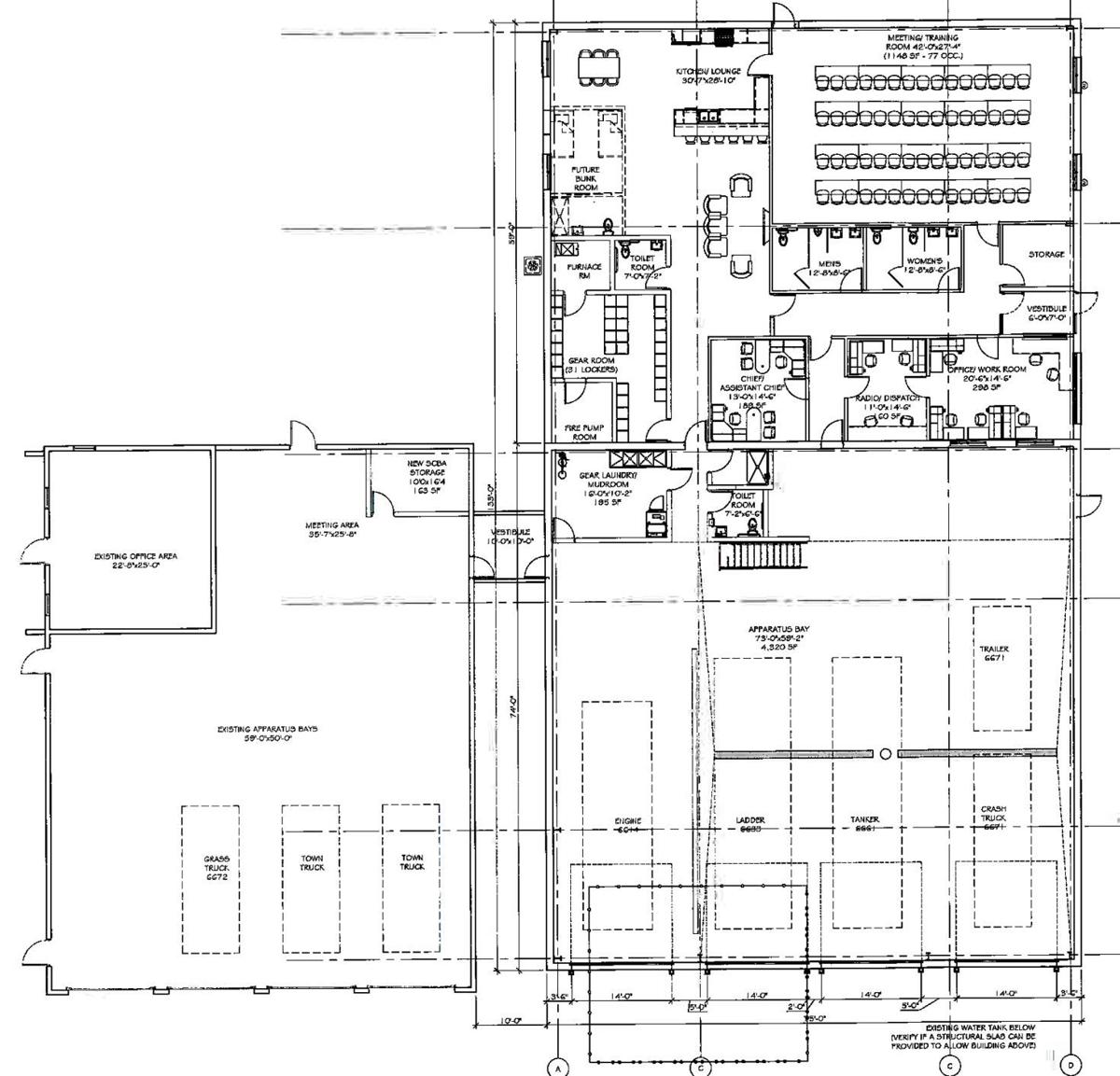 This document shows the proposed floor plan for the Wheatland fire station project.

The Wheatland firehouse design is still a work in progress, but a special meeting of the electors to vote on spending up to $2.5 million for an addition to existing station will take place Monday, Aug. 10.

Town chairman Bill Glembocki made a motion to determine if the $2.5 million price tag would fly with residents. It was approved by a 2-1 vote, with supervisor Kelly Wilson casting the dissenting vote.

Wilson said she disagreed with presenting the $2.5 million figure apart from a plan that voters may be willing to spend more on.

In February, voters rejected a referendum to spend $3.8 million on a new firehouse developed by a committee that included Wilson and members of the fire department. The town has been working with Scherrer Construction since then to design an addition to the existing firehouse at a cost not to exceed $2.5 million.

However, Glembocki said the vote will determine the level of financial support the community is willing provide rather than the design.

That plan, presented earlier this month, is still being tweaked to take into consideration comments from fire chief Lou Denko, who still favors a new building.

“I don’t feel building onto the old building is a good move,” Denko said of the 40-year-old station.

The latest version of the plan, which is already being altered to move the parking lot and flip the location of the addition, connects four new, deeper apparatus bays to the existing four-bay building. It also adds a gear laundry room and locker room, restrooms, office space, a training room, and a kitchen and lounge area with room for a future bunk room.

Any legal resident of Wheatland who is old enough to vote can vote on motions raised at the electors meeting.

Clerk Sheila Siegler said the location of the meeting has yet to be determined. Meetings at which a larger crowd is possible have been held other locations to facilitate social distancing.

One impeachment manager could not vote to impeach

One impeachment manager could not vote to impeach

This site plan rendering shows where the new construction would be worked in at the site.

This document shows the proposed floor plan for the Wheatland fire station project.