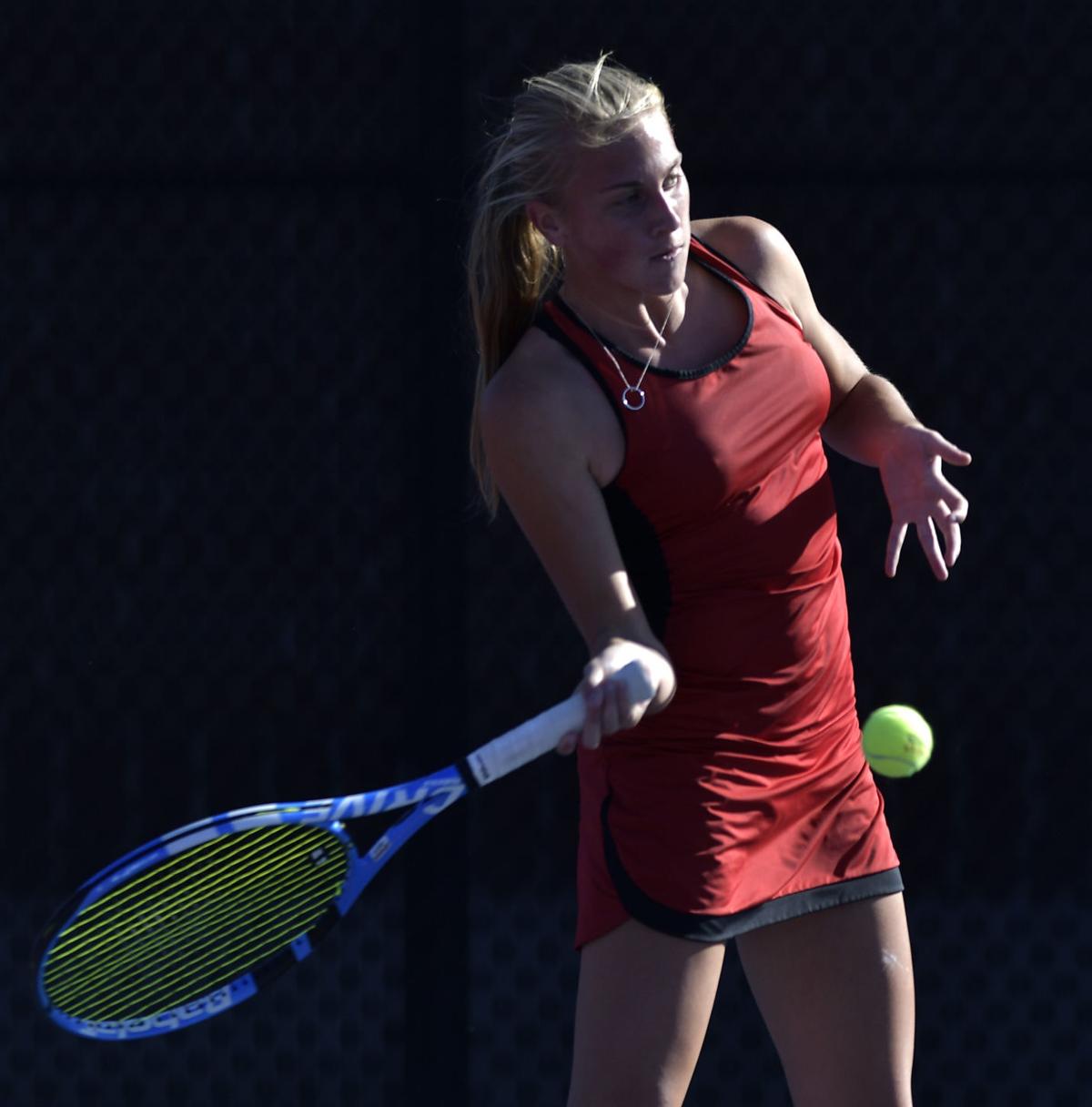 Wilmot senior Halle Rosentreter had a premonition of what the result could be if she and sophomore teammate Gwen Hammond eventually teamed up to play doubles during the girls tennis season.

That premonition was absolutely correct.

Rosentreter and Hammond, who are now 11-2 and had already become the first players in program history to even reach the state quarterfinals, advanced to the state title match Saturday afternoon against Arrowhead’s third-seeded team of sophomore Hannah Cady and senior Anna Long (16-3).

That match ended after the News’ press time. Visit kenoshanews.com for an update and pick up Monday’s edition of the News for full coverage.

Hammond played most of the season at No. 1 singles and Rosentreter played at No. 2, but they knew how strong they could be if they played together.

“It’s kind of funny,” Rosentreter said in a phone interview after Saturday’s state semifinal victory. “We talked about it before even the season happened, and I told her, I said, ‘You know, what if we played doubles during the high school season? I think we could win state. I think we would have a good chance, or we would do really well at state.’

“I knew we could do it. I’m just very excited to have the opportunity to play.”

Wilmot coach Lisa Obertin said it was tough, as it was for everyone, to organize her lineup for the season due to the disruption cause by COVID-19. But she put Rosentreter and Hammond together prior to the final Southern Lakes Conference match of the season against Central, and they won.

“We both know we can do it, and we were both really excited that we got to play doubles together, let alone play at state,” Rosentreter said.

To get there, they finished in the top four of the No. 1 doubles bracket at sectionals, but they lost to Dekker and Dziubek in the sectional semifinals to be denied the chance at a sectional title.

Rosentreter was confident the result would be different if the duos met again.

“When we played them the first time, we were both a little off, I think,” she said. “We went off the court, we were like, ‘Man, I’d love to play them again.’”

The Wilmot duo has authored a couple of what can be considered upsets at state. After knocking off the No. 9 seed in the third round, they defeated the top seed in the quarterfinals before beating the No. 4 seed Saturday morning.

But given that they joined for doubles late in the season, Rosentreter and Hammond were probably much more dangerous than their No. 8 seed suggested.

“I feel every confident with how we’re playing,” Hammond said. “This was sort of like a last-minute thing, and we decided to do it the weekend before conference, so we haven’t played much with each other.

“I think now that we have more experience under our belts, we’re more confident in our abilities. We’re doing a lot better.”