Commentary: An SOS for our Great Lakes lighthouses and heritage
View Comments
Share this
{{featured_button_text}}
1 of 2 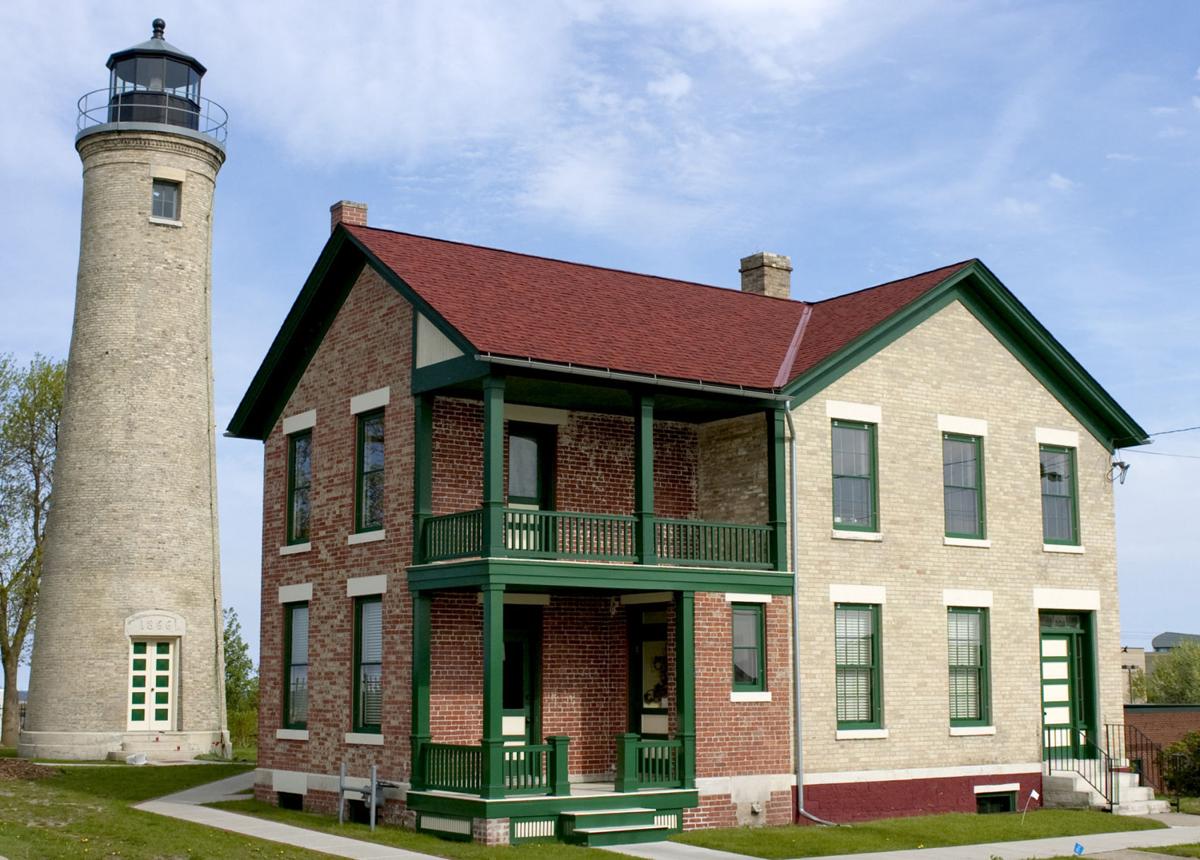 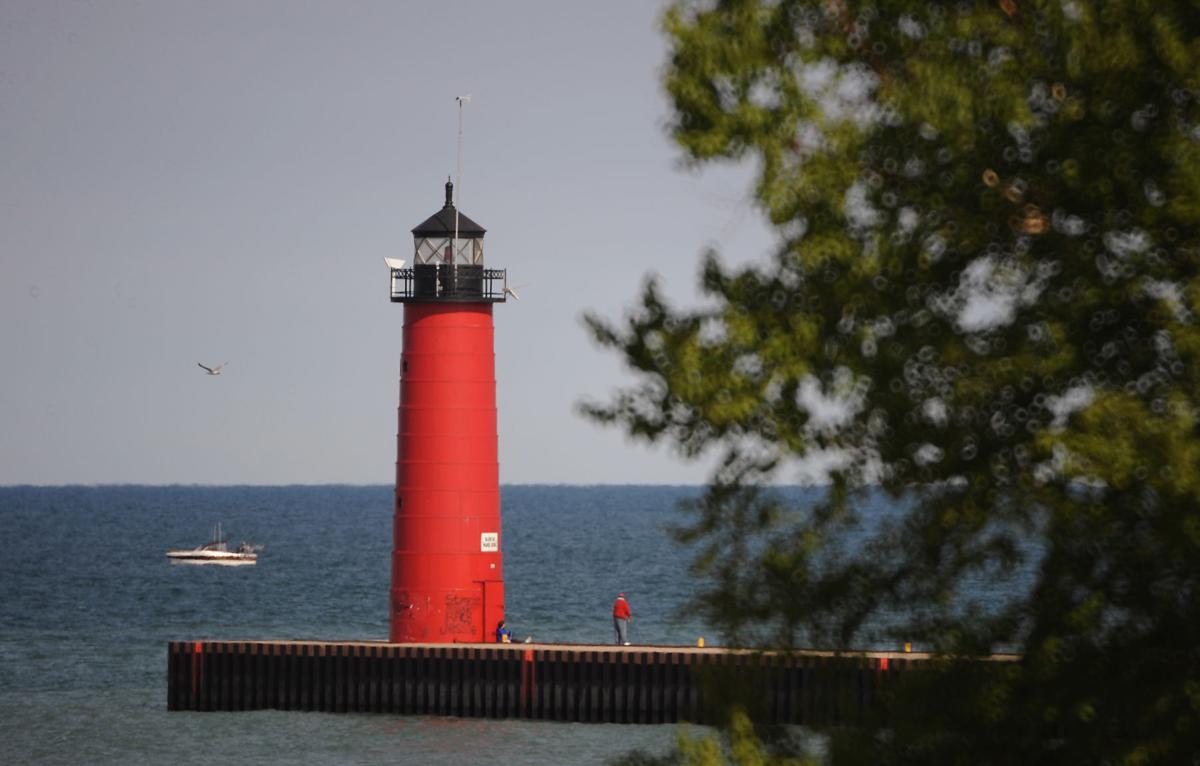 The North Pier Lighthouse at Simmons Island Beach is shown in a more temperate season.

As winter descends on the Great Lakes, the oldest and most historic structures on its shores face a season of peril. Lighthouses were built to withstand brutal ice, waves and wind, but current near-record water levels on the lakes threaten the long-term survival of majestic and historically significant navigational aids.

Lakeshore cities and towns were spawned by maritime commerce with ships playing the role of covered wagons on the inland sea frontier. Lighthouses are the most tangible connection to that storied past.

However, since the automation of beacon lights, the romantic job of lighthouse keeper has gone the way of carriage-maker or typist. Without the routine maintenance resident keepers performed, Great Lakes storms gradually erode the strength of these sturdy sentinels. In the wake of automation, the U.S. Coast Guard abandoned numerous towers to the elements. It wasn’t long before navigation aids were rapidly on the road to demolition by neglect.

Chicagoans need look no further than the downtown lakefront to see the looming threat. The Chicago Harbor Lighthouse is in desperate need of a caretaker. Since 1917 this official Chicago landmark has stood guard over the entrance to the city’s outer harbor. The lighthouse has been without a resident keeper since 1978 when it was automated.

In 2000 Congress passed the National Historic Lighthouse Preservation Act to address the issue. The National Park Service was empowered to intervene on behalf of historically significant lighthouses and facilitate their turnover to private groups or local governments that would maintain them and provide for public access. The city of Chicago has been the owner of the Harbor Lighthouse since 2009. Yet the last 11 years the city has failed to develop a plan for the hard-to-reach structure’s care and for public historical interpretation, leaving the lighthouse’s future in jeopardy.

This winter poses a special high-water challenge to many Great Lakes lights. The stately Big Sable Lighthouse near Ludington, Michigan, is one of the tallest on the inland seas, but wave action has eroded the beachfront. Time will tell if the Michigan Department of Natural Resources emergency placement of $130,000 of boulders at the waterline will save the tower.

Another site of recent emergency intervention was the Round Island Lighthouse. This 1895 schoolhouse-style structure guards the Straits of Mackinac and greets every visitor to Mackinac Island. After automation in the 1970s it was vandalized and nearly destroyed by high water. That fate was again narrowly avoided in November when an anonymous donor provided funding for a limestone boulder barrier to keep back lake waters.

If a city as rich as Chicago has failed in lighthouse preservation, what can be expected of smaller communities? All across the Great Lakes decommissioned lighthouses are in the care of local governments or not-for-profit historical societies. Through hard work and long hours of volunteered labor, they have turned many abandoned lighthouses into heritage sites, spaces for environmental education, as well as tourist destinations.

The problem is that when Congress created the National Historic Lighthouse Act it included no source of funding to facilitate long-term maintenance of these exposed structures, many of them more than 100 years old. In the face of a high-water cycle on the lakes and the threat of long-term climate change, the concerned citizens who are the new “keepers of the lights” need help. A federally funded grant program to provide emergency aid to threatened structures would balance the burden of the long-term maintenance required to sustain these evocative monuments to our regional maritime heritage.

The establishment of federally administered lighthouses was the first act of the new nation in 1789. As the nation expanded into the remote Great Lakes region, light towers were a pledge of the nation’s commitment to the common good. The beacons warned of dangerous shoals and welcomed immigrant ships to safe harbors. Today we need a renewal of that dedication so that the historic lights may continue to shine.

Theodore J. Karamanski is a professor of history at Loyola University Chicago and author of “Mastering the Inland Seas: How Lighthouses, Navigational Aids, and Harbors Transformed the Great Lakes and America,” University of Wisconsin Press, 2020.

The problem is that when Congress created the National Historic Lighthouse Act it included no source of funding to facilitate long-term maintenance of these exposed structures, many of them more than 100 years old.

Dr. Art Cyr: The true significance of the Capitol riot

The shocking mob violence in Washington, D.C., on Jan. 6 directly challenges the fundamental nature of our governmental institutions, politica…

Producers of the Grammy Awards recently announced they were postponing the ceremony — scheduled for later this month — to March 14. “Nothing i…

As a local government reporter, I watch a lot of public meetings — from city councils and county boards, to criminal intake hearings and publi…

We live in challenging times, and these days it can feel like we disagree more often than not. There are, however, at least two things that mo…

In recent years, flooding has upended the lives of people throughout Wisconsin. Ruined homes, shuttered businesses, washed-out roads and highw…

WATCH NOW: Phil Hands draws a cartoon of Bucky at the Mayo Bowl

The North Pier Lighthouse at Simmons Island Beach is shown in a more temperate season. 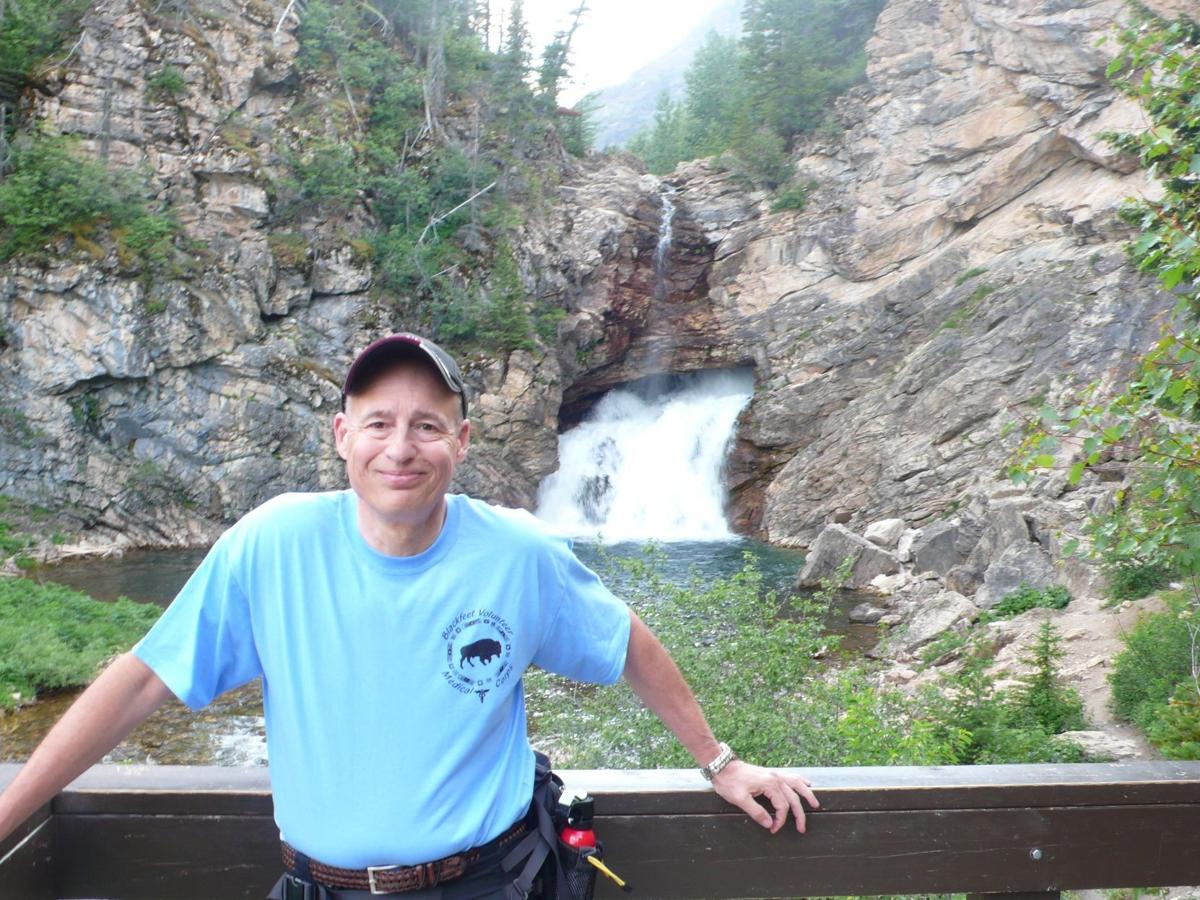