The history of the nationwide testing of the Salk polio vaccine in 1954 on children ages 6 to 8 is reassurance how we as average citizens, along with our government and medical community, can control the coronavirus and bring it to an end.

Older readers will remember the devastating effects of polio, a disease that caused muscular degeneration and even death, primarily in children. One of my childhood friends, now 78, survived polio, but with damage to one leg. Parents and their children lived with low level fear of the disease, much like today.

Polio reached a peak in 1952 of 52,000 victims, of whom 21,000 suffered lifetime effects and 3,000 died. There were pictures in newspapers of children in horrific machines dubbed “iron lungs,” keeping afflicted kids breathing. There was panic that polio was spread by water in swimming pools, and in Kenosha, one summer the lakefront beaches were closed.

President Franklin Roosevelt was struck with polio when he was 21. He used leg braces in order to stand for public appearances, but most of the time he was confined to a wheelchair. In 1938, with help from a friend, a foundation was established (the March of Dimes) to raise private funds to do research for a polio vaccine, which later funded Dr. Jonas Salk of the University of Pittsburgh, who created a vaccine in 1952.

Salk tested himself and his family, along with several hundred children in the area, leading to the national testing of the vaccine, still the largest clinical trial of a vaccine in U.S. history.

The trial inoculations, record keeping and data assessments were organized at the University of Michigan. Much of the actual numbers of children involved and other matters vary in documented history, but towns around the country were selected, including my hometown of Glen Ellyn, IL.

Doctors in those towns were asked to do the shots and keep records of the participants, while school systems would contact parents of first, second, and third graders to approve their child’s participation in the trials, which were conducted in school buildings.

One group would get the vaccine. One group would get a placebo, and a much larger group simply had their health records monitored. I have talked with four of my childhood friends. Along with me, only one other participated. The parental decision was difficult, but there was no shortage of child “volunteers”.

The trial was three shots, spread out, probably over three months. I’ll go with 201,000 got the placebo, 422,000 got the vaccine, and 725,000 were observed. The vaccine was determined effective, six companies were licensed to manufacture it, and the first children to receive it were those tested with the placebo.

Those of us who participated in the vaccine trial were called Polio Pioneers, and we received a pin and card which most parents kept, and many of us have those symbols today.

There is an internet blog of participants (two from Glen Ellyn) with a commonality of the mass inoculation experience – parental discussion and, as a little child, standing in line in the school hallway, listening to some of the kids scream and cry, then watching the doctor when you got close to the dreaded room. The first shot was tough for the kids.

As I was dragged by two teachers to the doctor, I could see kids in the gymnasium, recuperating. One of my classmates was sprawled on a cot with a puddle of vomit on the floor. Later shots created far less anxiety.

I am 74 now. Being a Polio Pioneer was, perhaps, the most important thing I have done in my life. We and Jonas Salk eradicated polio. It is no longer in medical school curriculum.

We didn’t have today’s scientific knowledge about viruses, nor did we have computers that enable quick recording of data and analysis. Imagine handwritten and typed records, snail mail, and hand recording and totaling of data. It took months to do this in 1954.

The polio vaccine was funded entirely by the March of Dimes.. Today, billions are being spent by the federal government in response to Corona.

In 1954 our nation committed to ending polio forever. Like polio, everyone is vulnerable to coronavirus. All of us can heed what our government is telling us to do. We need our younger adults in particular to take their place in history and follow social distancing and personal hygiene.

Take heart, my fellow citizens. Research on vaccines and cures is already underway. Remember the Polio Pioneers of 1954, and what little children accomplished. We can all pull together and defeat the coronavirus.

Dr. Salk never patented his polio vaccine. When asked why, he said, “There is no patent. Could you patent the sun?”

Commentary: Georgia's coronavirus data made reopening look safe. The numbers were a lie

Nothing about the spread of the coronavirus or the nature of the disease suggests that it's safe to get back to business as usual. And yet "reopen" is the word on almost every American's lips, despite apocalyptic warnings from public heath experts suggesting that, without an aggressive national public health strategy, the country could face its "darkest winter." In the absence of a coherent ...

“Without justice, courage is weak,” Benjamin Franklin wrote, and around the world, courage and justice are in evidence regarding purveyors of …

Commentary: Living in fear: An unacceptable risk for schoolchildren

Will your neighborhood school open on schedule in the fall? The answer should vary by location, but some headline-grabbing declarations are prolonging the uncertainty for families and students. And uncertainty leads to fear - an infectious state of mind best treated with a dose of common sense. Special-interest groups encouraged educators to "scream bloody murder" if collective bargaining and ...

Since January, President Trump and the White House Coronavirus Task Force have been leading the charge to quickly slow the spread of COVID-19.

Commentary: Trump says a lot of idiotic things. Taking them seriously gives him too much credit

It has often occurred to me that the appropriate response to some of the ridiculous things President Donald Trump utters is: "He's an idiot." Don't get me wrong (as op-ed writers like to say). I'm not impugning Trump's IQ. By "idiot" I mean something a bit different: that Trump often doesn't know what he's talking about. (That doesn't exclude the possibility that some of his misrepresentations ...

Commentary: In health care, there's no going back to the time before coronavirus; it's time for a new — and better — normal

In health care, there's no going back to the time before coronavirus; it's time for a new - and better - normal It's natural to look forward to things returning "back to normal." We yearn to gather again with friends, enjoy sporting events and resume everyday activities - the way they were back only two months ago. When it comes to health care, though, there must be no going back. In several ...

Commentary: With coronavirus, pretending everything is OK won't make it so

It's not so bad. That was the rationale in Barbados in 1647, when British merchants and wealthy planters, seeking to preserve the island colony's slave trade, shrugged off the threat of the yellow fever epidemic that claimed thousands of lives. Also not so bad a hundred years later in Boston and other colonial seaports, when authorities played down the prevalence of smallpox so their customers ...

Commentary: Give me meat and give me death?

If your memory of Patrick Henry is hazy, ask your kids going to school in the other room for a refresher. He was the Founding Father who wrote the famed "give me liberty or give me death" speech of the American Revolution. I was reminded of his words recently in the place most people go to contemplate gifted orators of the past: the grocery store. Watching people wearing face masks and gloves ...

Commentary: Treasure of the West: Recklessness and ignorance has imperiled due process in America

In 1991, President George Herbert Walker Bush nominated Clarence Thomas to serve on the Supreme Court of the United States. It was a politically brilliant and cynical move. Thomas was, manifestly, only slightly qualified, and in his confirmation hearings showed little interest in learning the job. But four years earlier, President Ronald Reagan had nominated Robert Bork, a supremely qualified ...

Freeze your cheese to plan ahead for tasty treats

Sure, we all love cheese. But who knew you could pop your favorite cheese into a freezer and it would still be good for future meal preparations? 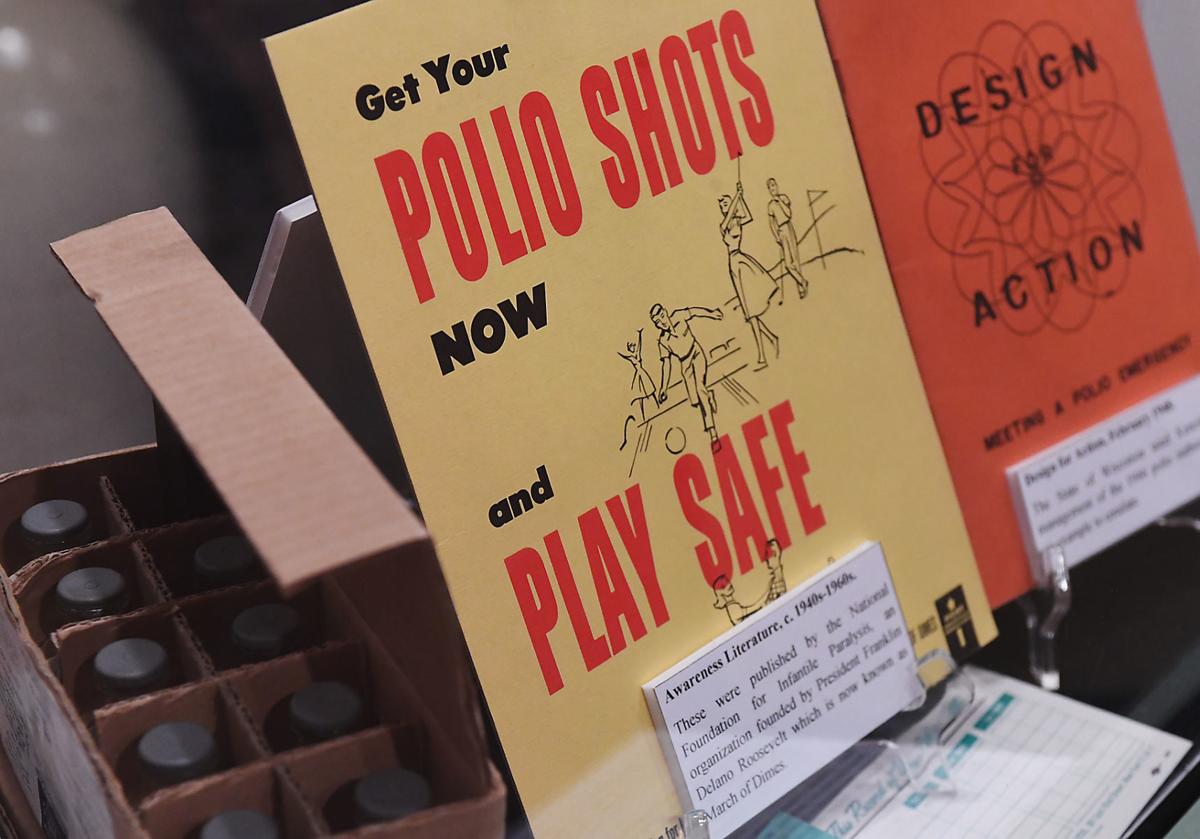 Polio vaccination artifacts are among the collections which have been on display at the Kenosha History Center. 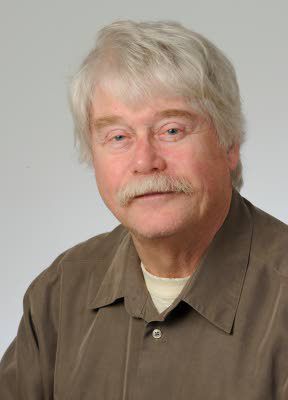