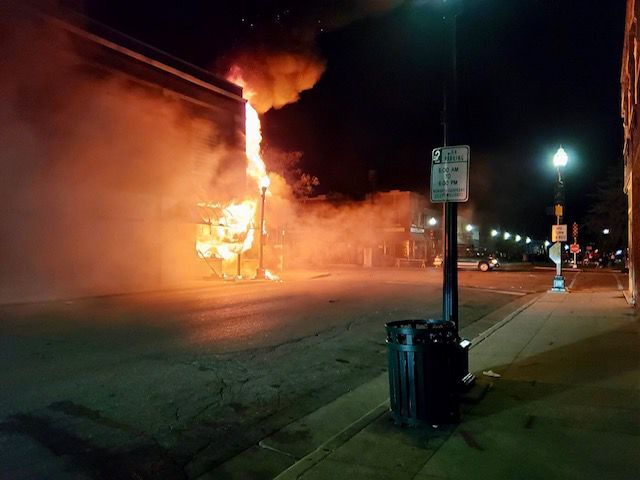 The Danish Brotherhood Lodge at 2206 63rd St. explodes while on fire, reportedly the result of rioters shortly before 11 p.m. Monday night. 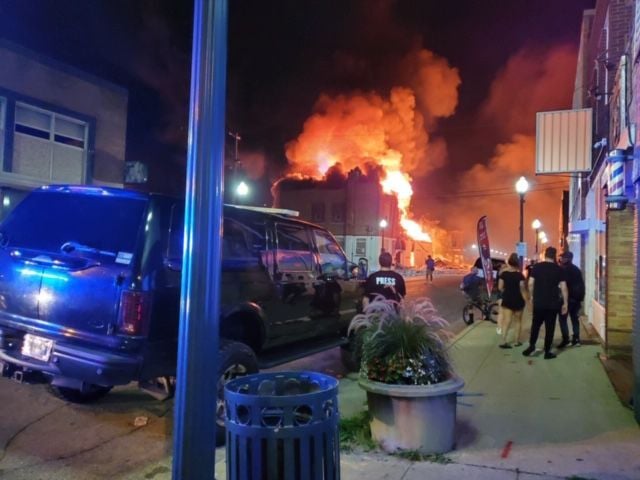 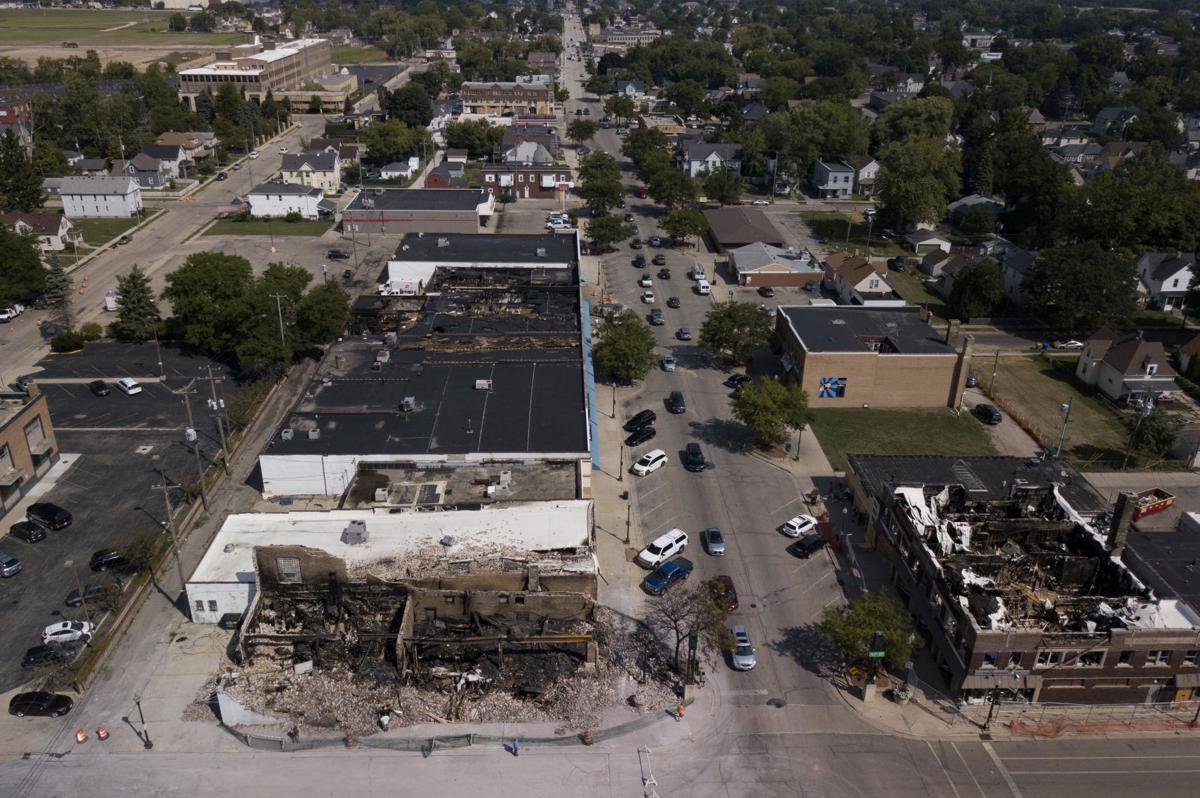 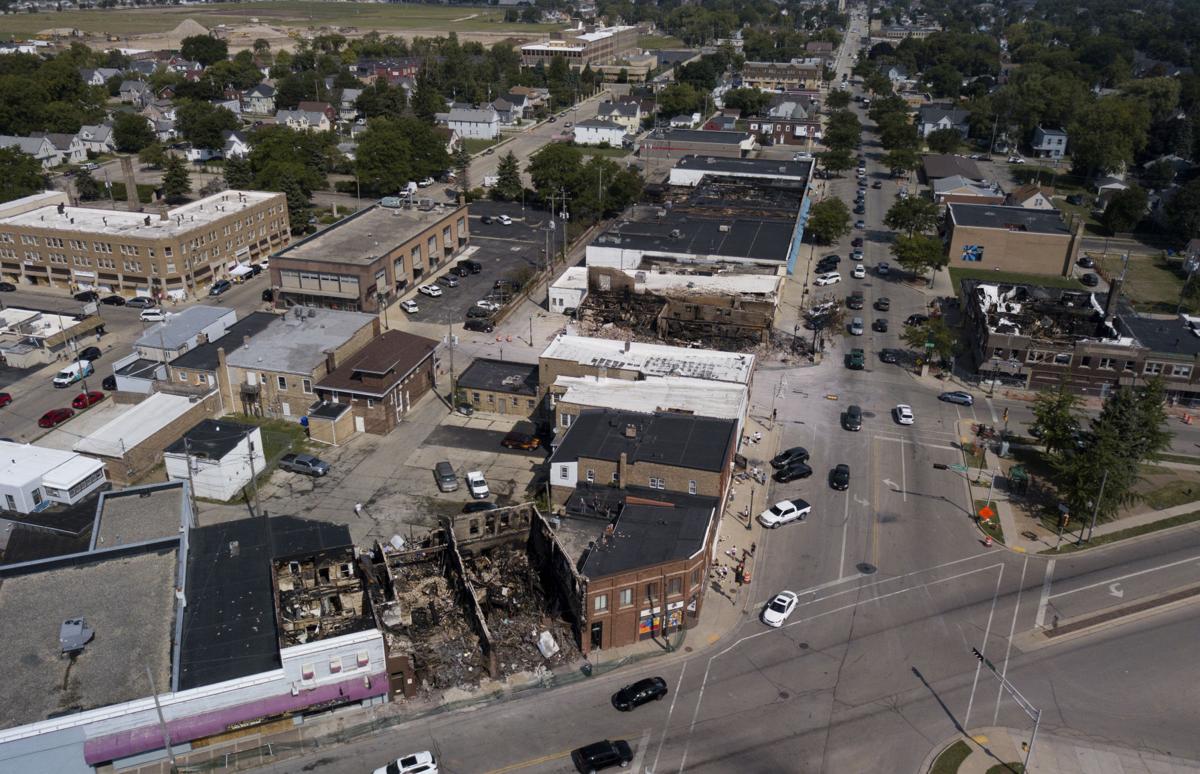 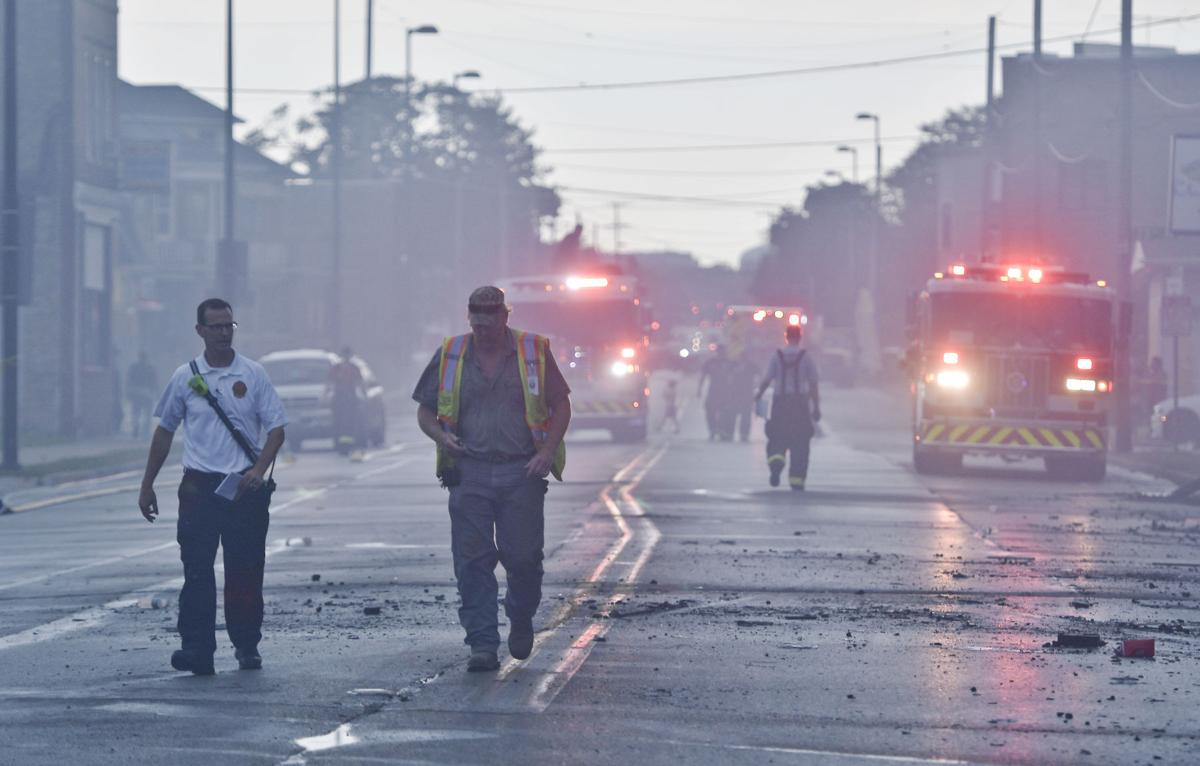 Days of civil unrest. Fire after fire burning in the Uptown that claimed far too many buildings. A Wild West shootout downtown with armed militia. A 7 p.m. curfew that for too long seemed to apply only to residents and taxpayers.

Through it Kenosha stayed strong. Volunteers helped board up downtown and they helped clean up the still-smoldering Uptown. Neighbors looked out for neighbors, families gathered inside, many watched social media all night and prayed.

It was a city held hostage from response to the shooting of Jacob Blake by a Kenosha police officer. “Another George Floyd” it became, and the protesters came along with rioters and arsonists from all corners of this country.

Many came in caravans with blocked out license plates. They posted threats on social media and sometimes carried them out. They terrorized a city.

We know Kenosha will rebuild. It has before, and it will again.

We know Kenosha will heal, because ours is a community that cares about each other, that is strong and filled with family owned businesses and traditions.

We know local leaders will work with the Black community to address systemic racism and make progress. Make progress together. It will take time, but the Blake case will heighten the urgency.

We know we will support each other in every way. A more generous community will not be found anywhere.

And we know we will do this together. Move forward.

However, before we move forward we must look back. We must reflect on what we saw and what we lived through.

What we survived, really.

And while it started in the form of Black Lives Matter and issue-focused protests, an elevated version of what had been going on in Kenosha for weeks since Floyd, it became something else.

It became American terrorism, and it took over a city for a week. It was fueled by the national media with screaming broadcast headlines and with social media filled with videos by everyone on whatever scene was next.

It cannot happen to a city like this ever again. Never. Governors, local leaders and the White House have to act immediately when the threat comes next. And it will.

No city this size can be treated like Kenosha was early on. It is one thing for protests to take place nightly in a small area of Portland or another city. It’s another thing entirely when the terrorists have free reign to attack a city like this.

The governor of Wisconsin and local elected leaders should have learned a lesson last week. It’s a lesson they can share with others when the next threat happens.

Act fast, gain control, and keep control. Devote every available resource to protect your community and its people.

It’s not their city. It’s a city with a problem, like Kenosha, and a city that must come together and heal. It must be able to heal without being terrorized and destroyed.

As colleges and universities withdraw to online-only classes — and, in the case of the University of Wisconsin-Madison, quarantining the 2,230 students in two residence halls for 14 days — we’re left to wonder how well thought out some schools’ back-to-campus plans were.

Our view: Trick-or-treat the right call this unusual year

It was enough to scare kids of all ages. Leave it to California to proclaim the coronavirus would prevent trick-or-treating this year.

In the first meeting of the Kenosha County Board since the unrest that roiled this community, residents turned out to share their fears, anger…

Our view: Vote, run for office, and ensure change

If you want policy change, and many people do as 2020 enters the home stretch, there’s a time-tested way to achieve it.

Our view: Universities are wise to call off spring break

As we wrote last week, amid expulsions and suspensions at some universities for violations of restrictions related to the COVID-19 pandemic, w…

As colleges and universities withdraw to online-only classes — and, in the case of the University of Wisconsin-Madison, quarantining the 2,230 students in two residence halls for 14 days — we’re left to wonder how well thought out some schools’ back-to-campus plans were.

Our view: KUSD board makes the right decision again

“How many times are they going to vote?” a reader messaged the Kenosha News.

The Danish Brotherhood Lodge at 2206 63rd St. explodes while on fire, reportedly the result of rioters shortly before 11 p.m. Monday night.