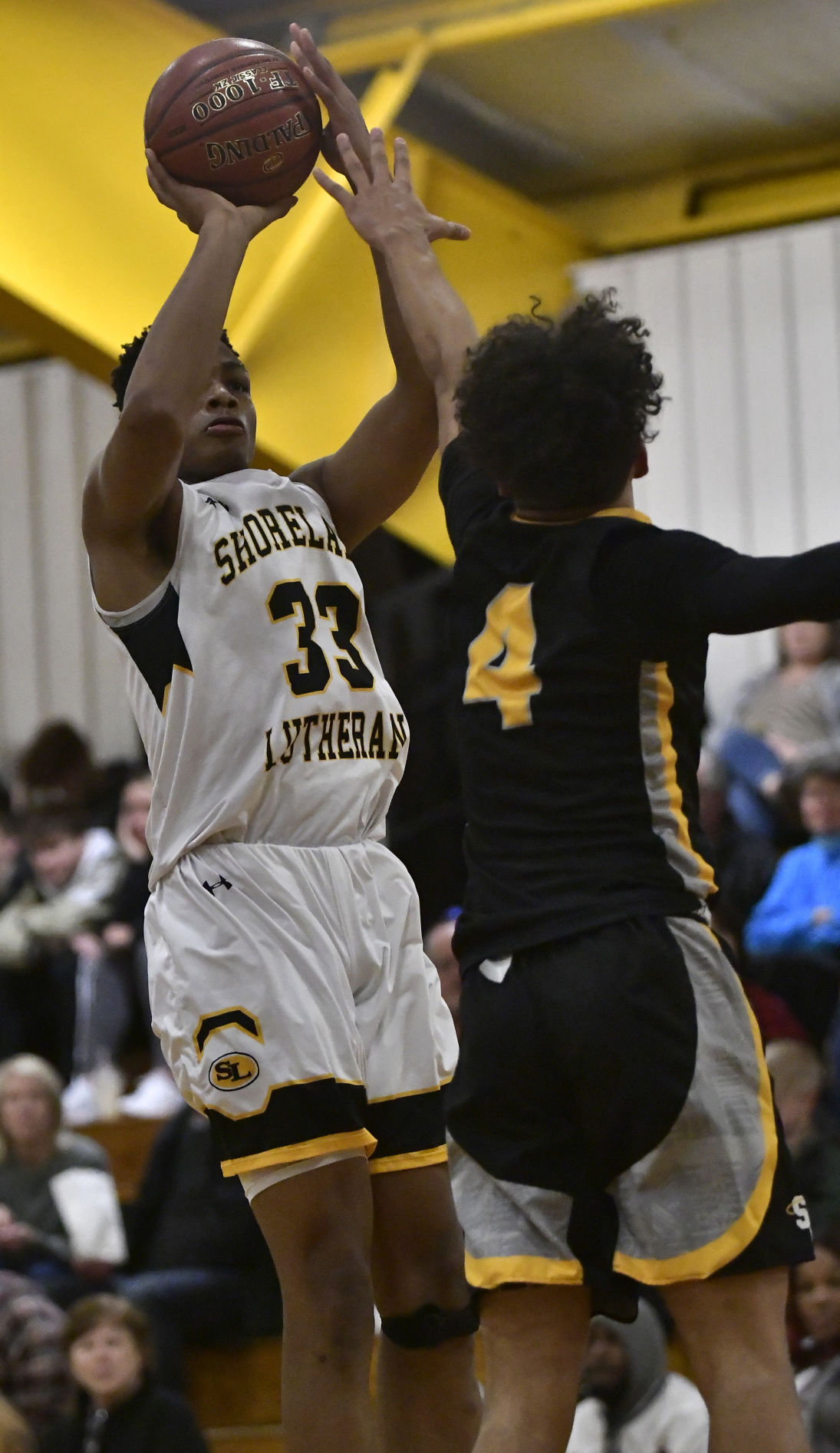 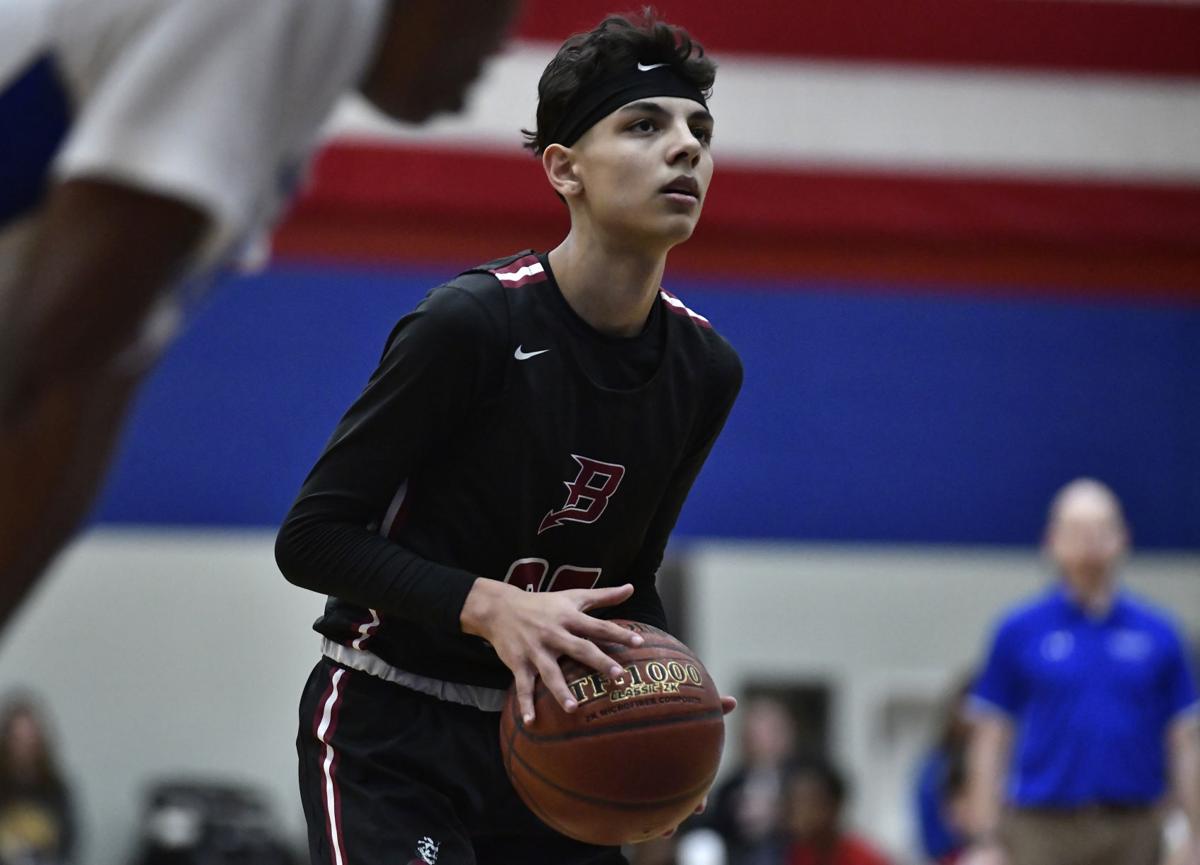 Lowdown: The 6-foot-6 junior forward led the Pacers in scoring, rebounding and blocks and tied for second in steals. ... Led a Metro Classic loaded with talent in rebounding and tied for seventh in scoring. ... Had five games of 20 or more points and one of 30 or more, which was a season-high 31-point game in an 83-62 win over Faith Christian on Feb. 24. ... Recorded nine double-doubles, including a 23-point, 18-rebound game in a 63-59 loss to Waterford on Dec. 5. ... Ranked No. 37 in the state in the Class of 2021 in the latest WisSports.net Top 50 rankings. ... Was a second-team All-County selection last season.

Coach's comment: "A gifted basketball player who works on his game a lot on his own," Shoreland coach Paul Strutz said. "He's extremely passionate about it. For a kid his size, he's a pretty gifted shooter, and that's kind of what sets him apart from other kids his size."

Lowdown: The 5-foot-11 sophomore guard emerged as a playmaker and strong outside shooter for the Red Devils, who reached the sectional semifinals for the first time since 2011. ... He led the team in assists and was third in steals and fourth in scoring. ... Also ranked third in the SEC in assists and fourth in 3-pointers made with 33. ... Scored in double figures 11 times, with season-high of 17 points in a 63-60 win at Milwaukee Madison on Dec. 16. ... Also dished out eight assists in that game and recorded seven in a 66-64 win over Racine Park on Jan. 10. ... This is his first All-County selection.

Coach's comment: "Our success this season wouldn’t have been possible without Jalen handling the ball for us and directing the offense, not an easy job as a sophomore directing juniors and seniors," Bradford coach Greg Leech said. "He was our best outside shooter and an excellent creator offensively. We sealed many victories this year with the ball in his hands at the end of games. Ninety percent at the free-throw line (is) impressive for anyone, not to mention a sophomore. I am excited to see his career blossom."

Lowdown: The 6-foot junior guard led the Panthers in scoring, assists and blocks and was second in steals and third in rebounds. ... Also ranked second in both the county and the SLC in scoring. ... Scored 20 or more points 11 times and 30 or more twice. ... Season high was 31 in a season-opening 88-81 loss to Indian Trail. ... Hit a game-winning 3-pointer in a 64-63 win over Lake Geneva Badger on Jan. 17. ... Was an All-County honorable mention pick last season.

Coach's comment: "London really improved his scoring ability to add more to his total game," Wilmot coach Jake Erbentraut said. "London had the ability to take a game over."

Coach's comment: "Kevin can flat-out score and had some big games," Wilmot coach Jake Erbentraut said. "Has a knack for reading what the defense gives and exploits that."

Lowdown: The 6-foot senior guard was a steady leader for a Bradford squad that reached the sectional semifinals for the first time since 2011. ... Finished third on the Red Devils in scoring and rebounding and second in assists. ... Scored in double figures 13 times, including 26-point games in a 67-44 win over Marinette on Nov. 29, an 84-73 win over Indian Trail on Dec. 6 and an 82-78 win over Wilmot on Dec, 26 in the Doctors of PT Holiday Classic at Carthage. ... Snatched a season-high eight rebounds in a 71-51 win at Milwaukee Destiny on Dec. 4 and grabbed seven rebounds in three other games. ... Recorded six assists in the victory over Wilmot and had five on four other occasions. ... Was named honorable mention All-County last season.

Coach's comment: "Tae played in our program for only two years but made a big impact during his time," Bradford coach Greg Leech said. "Tae loved the game, as so many of our kids do. However, he was the kid that brought everyone together last summer. His leadership allowed this team to form a bond beyond anything I have seen over the years. This was instrumental in achieving what we did this year. Many of our kids looked to Tae, and he always modeled the proper work ethic in practice. Tae will be playing a post-grad year on the national prep level at Combine Academy (N.C.)."

Honors: Missed 10 games, so was not named to All-Southeast Conference team.

Lowdown: The 5-foot-11 junior guard and three-year varsity player would've accrued more numbers and accolades if not for the 10 missed games, but when on the floor again proved to be one of the top points guards in the area. ... Led the Hawks in assists and was second in scoring, and his assist average was over three per game ahead of second-best in the SEC. ... Scored in double figures nine times, including four games of 20 or more. ... Dominated the floor in an 86-74 win at Tremper on Jan. 31 with 27 points and 12 assists. ... Was named first-team All-County last season.

Coach's comment: "When he's on the floor, he makes everyone around him better," Indian Trail coach Al Anderson said. "We were plus-54 when he was on the floor. He just makes everyone around him better. Very unselfish. He could very easily average 21, 22 (points) a game if he was a selfish player, but he obviously — 8.6 assists (per game) — looks to make the right basketball play all the time."

Coach's comment: "When he played well, we won every game," Indian Trail coach Al Anderson said. "If he was at the top of his game shooting, we were really, really good, with or without Ezra (Stargell), because he just brought a different element when he was on. People had to come out and guard."