Become a Member
Read Today's E-edition
Share This
After inauspicious Packers debut, Jaylon Smith ready to prove himself: ‘Every player has their doubters’
0 Comments
Share this
JASON WILDE For the State Journal

GREEN BAY — Perhaps once he gets acclimated to his new team and a new scheme, Jaylon Smith will indeed back up his I’m-still-elite proclamation with his play.

It wouldn’t be fair to judge the Green Bay Packers’ newest linebacker based on the 17 snaps he played in last Sunday’s 24-14 win over the Chicago Bears.

Nevertheless, Smith’s first game action after signing with the Packers on Oct. 7 following his release by the Dallas Cowboys didn’t go all that well, though coach Matt LaFleur — a longtime Smith fan dating to when they crossed paths at Notre Dame in 2014 — was willing to chalk it up to Smith adjusting to his new environment.

“We’ll just take it one week at a time,” LaFleur said earlier this week as the Packers prepared for this Sunday’s game against the Washington Football Team at Lambeau Field. “I thought Jaylon did a nice job in his first time out there.

“You can definitely tell he’s played a lot of football. He’s very instinctive. He played, what, (17) snaps? But we also have confidence in those other guys in that room. ... We’ll just kind of play it out each and every week in terms of who’s out there playing.”

Against the Bears, the Packers’ primary inside linebacker continued to be De’Vondre Campbell, who has become an indispensable part of their defense under first-year coordinator Joe Barry, a linebackers coach by trade who prefers to play more linebackers and fewer defensive backs than his predecessor, Mike Pettine, who preferred playing his dime defense with six defensive backs. Campbell played all 61 defensive snaps against Chicago.

After Campbell, the inside linebacker snaps were divvied up among Oren Burks (19, some spent outside), Smith (17) and Krys Barnes (13). Barnes had been Campbell’s primary running mate when healthy, but LaFleur and Barry appear to be keeping their options open.

“There’s nothing I can control in that,” Barnes said of the Smith signing. “I’m here for a reason, (and) that’s to do my job. Whatever role that is, I’m excited to play it, give it my 100% like I always will. But he’s a great addition to the room, with great knowledge. He’s an elite athlete who’s been playing at a high level for many, many years.”

Upon his arrival in Green Bay, Smith insisted he remained “elite” despite the Cowboys’ decision to move on from him — and his making the Pro Bowl in 2019 and the team signing him to a five-year, $64 million extension. But in his limited action against the Bears, a few plays seemed to underscore why Dallas was willing to cut him and eat his guaranteed $7.2 million base salary for 2021 in order to avoid being on the hook for his $9.2 million salary for 2022, which was guaranteed for injury.

The first play came with 5 minutes, 24 seconds left in the third quarter and the Packers leading 17-7 and the Bears facing second-and-8 from their own 27-yard line. Dropping into coverage against Khalil Herbert coming out of the backfield, Smith couldn’t keep up with the Bears rookie running back, overrunning him on a pass to the left flat, allowing Herbert to slip his attempted tackle at the 30-yard line and pick up the first down as Smith fell awkwardly into the Packers’ bench area.

With 12:53 left in the game, Smith dropped back into coverage but didn’t cover anyone as tight end Cole Kmet picked up 21 yards on a wide-open catch from quarterback Justin Fields. While it’s unclear on film if Kmet was Smith’s responsibility, he looked lost on the play — regardless of who his man was.

Six plays later, the Bears pulled within 17-14 on a Fields touchdown throw to Darnell Mooney with Barnes on the field instead of Smith.

“But we’re excited to have him, and we’ll see what we got here moving forward.”

For his part, Dallas’ decision to part ways with him doesn’t appear to have affected Smith’s confidence. Before sitting out the Packers’ Oct. 10 win over Cincinnati just days after signing, Smith vowed to pick up the defense quickly and be prepared for whatever role Barry had for him moving forward.

“I’m a sponge, soaking everything in, so I’m going to do what I need to do to make sure I’m ready,” Smith promised. “This is my sixth year in the league now. I’ve been around some schemes. As you know, around the league people play and run similar things, (they) just (have) different terminology and timing of things. That’s pretty much what differs. Being a student of the game, it’s all about work and what you put into it. So, I’m locked in.

Watch now: Packers add talent on both sides of the ball with deep draft class

Get to know all nine players taken by the Green Bay Packers in the 2021 NFL Draft. 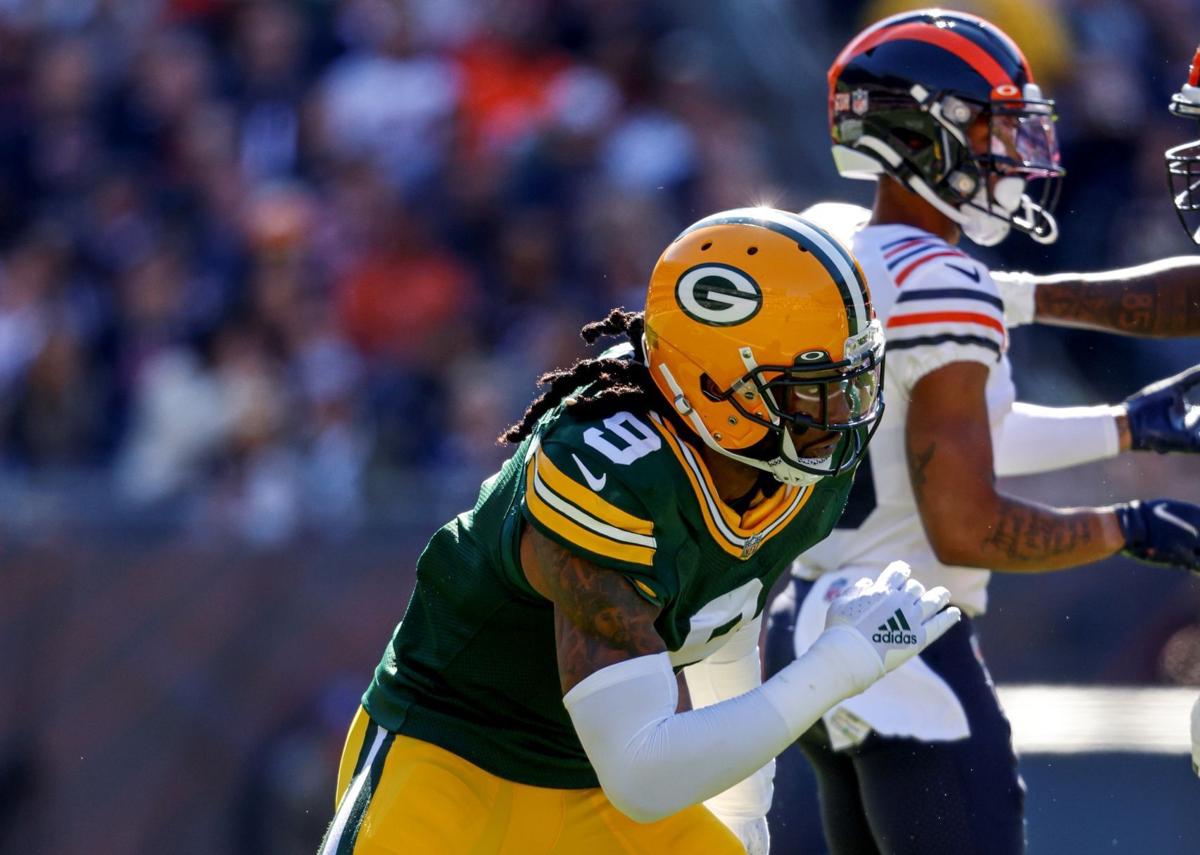 Jaylon Smith made his Packers' debut in Sunday's 24-14 victory over the Bears at Soldier Field. 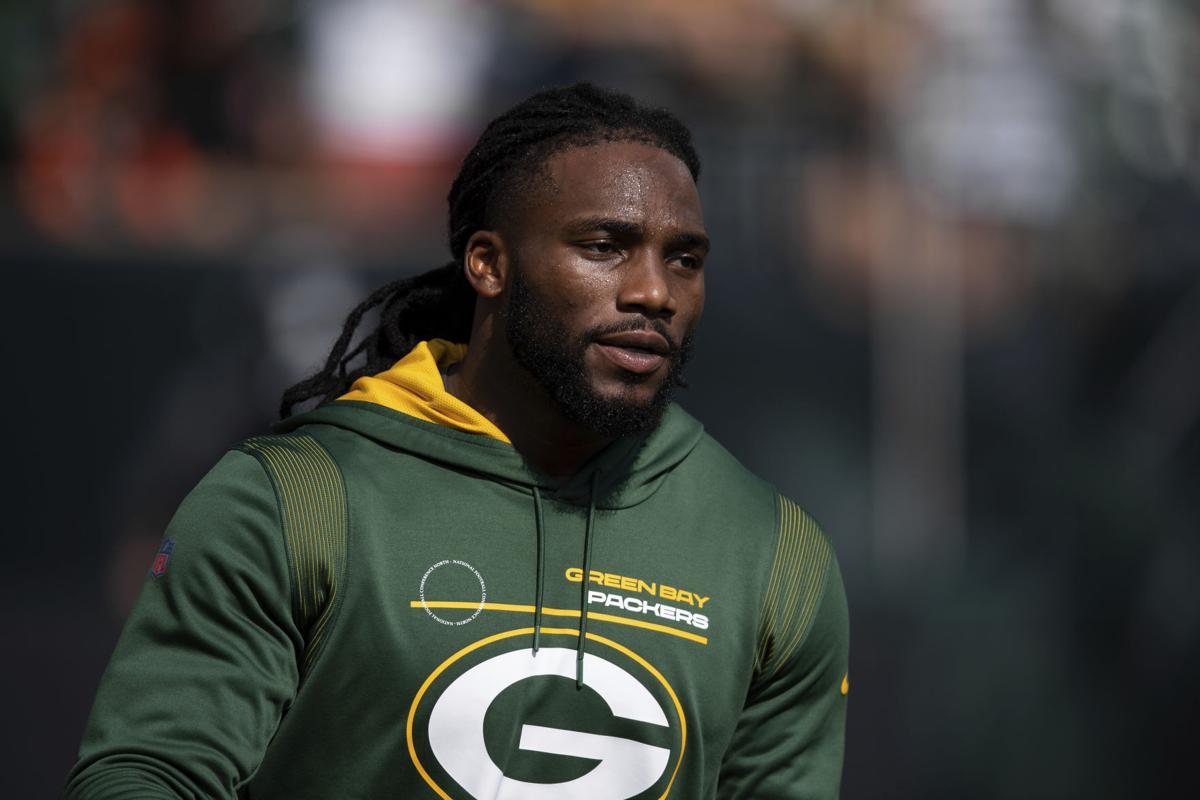