Subscribe
Read Today's E-Edition
Share This
Packers' David Bakhtiari is back, but what’s realistic to expect from 'The Big Giraffe' against 49ers?
0 Comments
Share this
JASON WILDE For the State Journal

GREEN BAY — David Bakhtiari had been back on the field for, oh, roughly seven plays when Aaron Rodgers decided that his blindside protector and BFF had gotten sufficiently re-acclimated.

The Green Bay Packers’ five-time All-Pro left tackle, sidelined for more than a year because of a torn ACL, had finally gotten back in a game on Jan. 9 in Detroit.

For weeks, Bakhtiari had been watching from the sideline as Rodgers dealt the ball expeditiously, taking quick throws instead of extending plays. But then, on first-and-10 from the Lions’ 24-yard line, Rodgers took a shotgun snap and surveyed the field.

He looked left, to Davante Adams on a slant. He looked right, to AJ Dillon sneaking out of the backfield.

He looked across the middle, to Marquez Valdes-Scantling on an in-breaking route and tight end Tyler Davis down the seam.

He looked back to Adams, then took off upfield, pump-faking a throw to Valdes-Scantling again before finally scrambling for a 7-yard gain.

In all, the play had taken 12 seconds from snap to slide. And as Rodgers got up, he was smiling as he stared downward at the Ford Field turf. He sheepishly made eye contact with Bakhtiari.

“Dave is convinced I was doing that on purpose to test him and his ability to extend some of the blocks,” Rodgers said. “He said, ‘Man, you’ve been doing so good, you’re getting the ball out quick, you’re not holding onto the ball. Then I come back and you’re running around and extending plays.’ I’m like, ‘I’m not trying to do, Dave.’”

Against a San Francisco 49ers defense that finished the regular season tied for fifth in the NFL in sacks (48) and third in sacks per pass attempt (8.81%), Rodgers knows that he cannot extend plays too frequently in Saturday’s NFC divisional playoff game, even with “The Big Giraffe” — as he affectionately calls Bakhtiari — back in the lineup.

His ability to get the ball out, take short passes to keep the chains moving and protect himself from danger has been vital to him putting together his second straight NFL MVP-caliber season despite spending most of the season behind a makeshift offensive line that was also missing left guard/left tackle Elgton Jenkins, center Josh Myers and veteran right tackle Billy Turner for extended periods.

“I like the way this has gone. I enjoy getting the ball out,” Rodgers said. “This is a different system. So, no, I’m not going to flip a switch and start hanging onto the football more. That’s not how I want to play. That’s not how we’ve played all year. The ball’s coming out pretty good on time and that’s how we want to keep doing it.

“But it was funny, especially after I held it and held it, moved left, ran to the right, ran for 7, slid. (I) got up and looked over and Dave was looking at me with that look on his face saying, ‘What in the hell are you doing?’ So, we had a good laugh about that later.”

As good as Bakhtiari is — and as excited as the Packers are about starting an offensive line of Bakhtiari at left tackle, Jon Runyan at left guard, Myers at center, Lucas Patrick (who was activated from the reserve/COVID-19 list Monday) at right guard and Turner at right tackle after a bye week spent getting healthy — there is the question of just how close to his normal self Bakhtiari can be after so much time on the sideline.

While the 27 snaps against the Lions were valuable for him, he did come out of the game mid-series and the Packers coaches all expressed concern about making sure Bakhtiari, Myers and other players returning from injury (cornerback Jaire Alexander, outside linebacker Za’Darius Smith, wide receiver Randall Cobb, et al.) being in the best possible cardiovascular condition for game action.

“You can train as long as you want, but there’s nothing like getting in football shape, going out there and actually playing the game of football and having to react to the man in front of you that’s trying to compete against you. That different level of speed, you really just can’t simulate. But we have to do our best to get them ready.”

A decade ago, the Packers faced a similar dilemma with their franchise left tackle in a playoff game. Longtime starter Chad Clifton, in his 12th NFL season at age 35, had played only six games in 2011, suffering an Oct. 9 hamstring injury that sidelined him until the regular-season finale, coincidentally against the Lions (albeit at Lambeau Field).

Two weeks later, following a playoff bye, Clifton struggled, including on a pass set on the first drive of the second half, where he was beaten inside by Osi Umenyiora for a strip-sack of Rodgers. Rodgers was raising up to throw what almost certainly would have been a 30-yard touchdown to Jennings, which would have cut New York’s lead to 20-17 and made up for the Hail Mary touchdown the Packers defense had given up right before halftime.

Clifton was later replaced by backup Marshall Newhouse, who’d started in his place for much of the season, and the Packers wound up losing, 37-20.

“That’s our job as coaches is to take whoever you have available and try to put them in the best possible position,” Packers head coach Matt LaFleur said of his host of key players returning to action — Bakhtiari included. “Certainly, there’s a framework and a foundation that’s been laid in terms of schematically, really in all three phases. But you can’t be afraid to deviate from that at times and adjust.

“That’s what this game is all about, it’s making the necessary adjustments to really try to show what your guys do well and then out them out there. It’s constantly evolving to try and stay one step ahead of the competition and put your guys in the best possible spot.”

Despite Bakhtiari’s confidence and I-can-handle-anything attitude — “If I’m out there, I’m 100 (percent),” he insisted, “That’s point-blank, period” — the Packers have to make sure backup Yosh Nijman is ready to perhaps spell Bakhtiari for a series (or more than one series) if he’s struggling.

While it’s hard to imagine one of the franchise’s all-time great linemen (not to mention one of the most prideful players in the locker room) coming off the field even for a snap during the win-or-go-home playoffs, it’s a possibility the Packers have to at least be prepared for.

At the same time, there’s also no denying the lift Bakhtiari gives his team by being back in the lineup.

“It’s been a long year for him. I’m just so proud of him to get back out there,” Rodgers said. “I’m just really happy for him, the person. He’s a great person and he makes our team better. Obviously, he’s an incredible player. (There’s) nothing like running out there and seeing ‘The Big Giraffe.’”

The Green Bay Packers clinched the NFC's No. 1 seed and the conference's lone playoff bye that comes with it after cruising to a 37-10 victory… 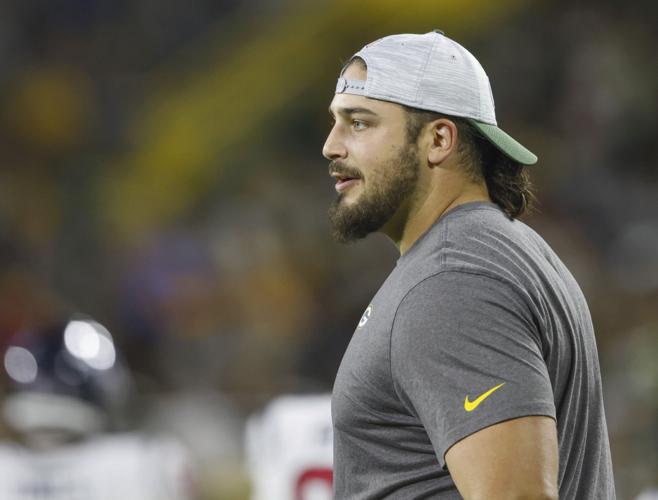 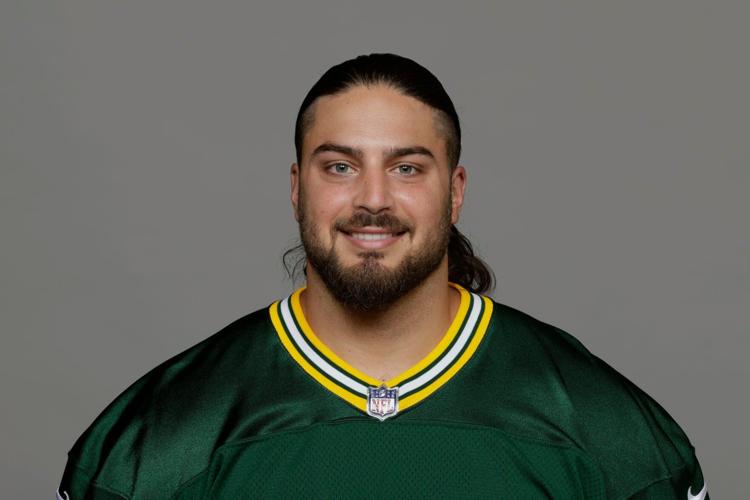