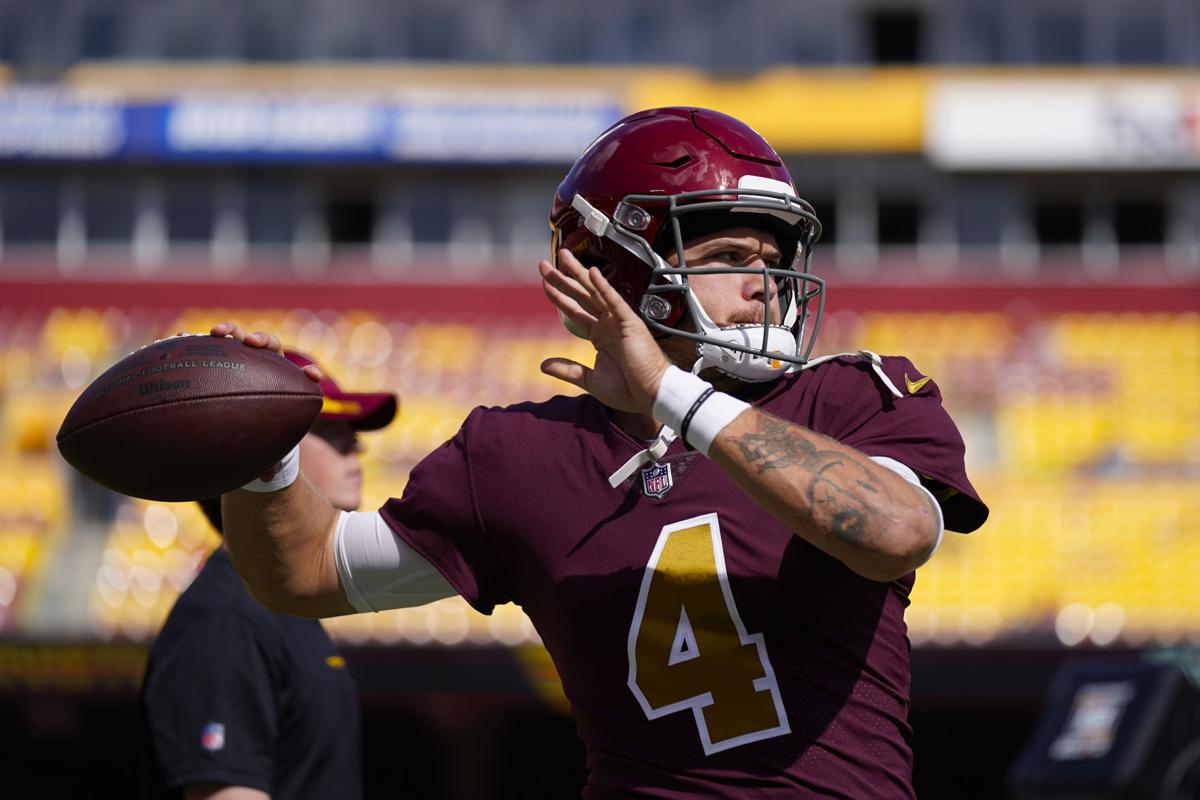 Washington Football Team quarterback Taylor Heinicke (4) throwing the ball during pregame warmups prior to the start of the first half of an NFL football game against the Kansas City Chiefs, Sunday, Oct. 17, 2021, in Landover, Md. (AP Photo/Patrick Semansky) 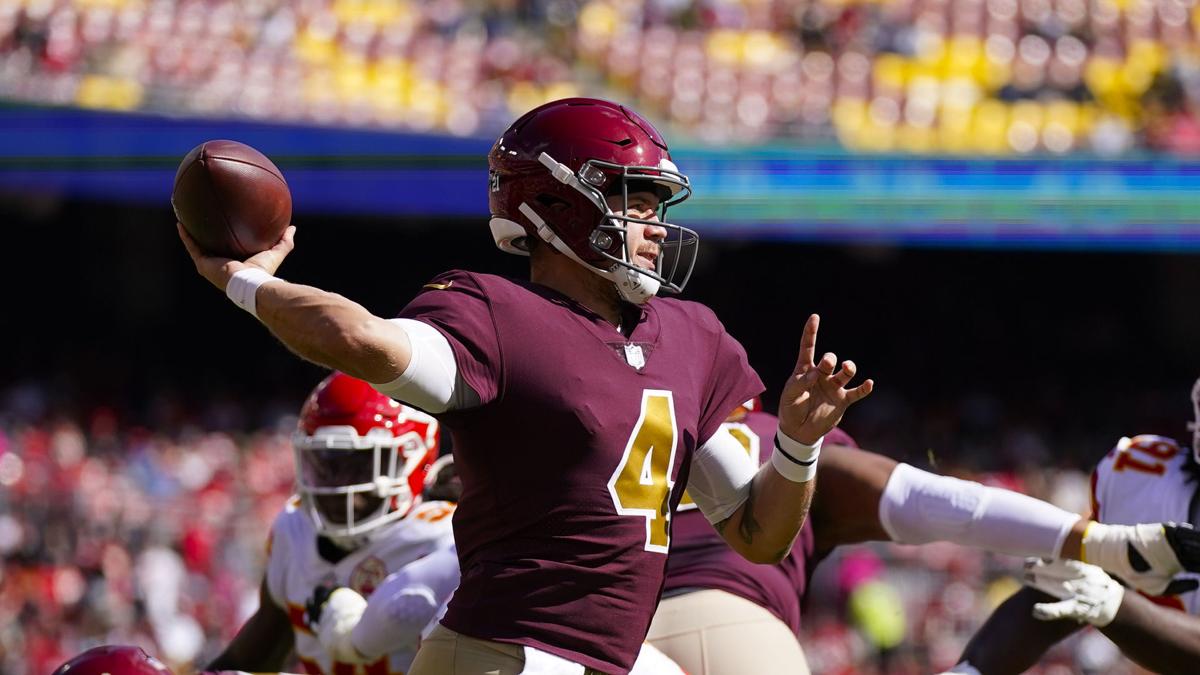 That means Heinicke is set to make his sixth consecutive start Sunday at the Green Bay Packers. Heinicke was 24 of 39 for 172 yards, a touchdown and an interception in a 31-13 loss to Kansas City that dropped Washington to 2-4.

“I’ve been very confident in what we’ve done with Taylor,” Rivera said. "Not every week’s going to be as productive as people want it to be, as we want it to be, so we’ll just have to see and we’ll see what happens going forward.”

Heinicke has completed 63.6% of his passes for 1,390 yards, nine TDs and six INTs since replacing injured No. 1 quarterback Ryan Fitzpatrick in the season opener. With Fitzpatrick on injured reserve with a right hip injury, Allen is the only other QB on the roster.

But Rivera believes Heinicke is showing signs of growth and will improve with more experience. Counting the wild-card game in the playoffs last season, Heinicke has only started seven NFL games.

His play against Kansas City was nothing special, and Washington finished with just 276 yards and its lowest point total of the season.

“We just couldn’t put it together,” Heinicke said. "It was frustrating. But we’ll get better.”

Washington will have to be much better to compete against Aaron Rodgers and the NFC North-leading Packers (5-1), who opened as a 9½-point favorite.

Tress Way continues to be Washington's best player. He flipped the field a couple of times against the Chiefs by pinning them at the 5 and 4-yard lines, but Patrick Mahomes led a touchdown drive each time against a shoddy defense that continues to struggle.

A little bit of everything, perhaps no more so than penalty trouble. Pass rusher Montez Sweat went offside to negate a third-down stop with KC in the red zone, linebacker Khaleke Hudson was flagged for holding in the end zone and those 14 points against were more than Washington put up after halftime.

“I think it’s a little bit of lack of discipline, which falls on me,” Rivera said.

First-round pick Jamin Davis played a season-high 46 snaps at linebacker and continues to earn the trust of Rivera, defensive coordinator Jack Del Rio and the rest of the coaching staff.

“He was very productive,” Rivera said. “I think he is showing signs of what we believe he can be. And that’s a downhill guy that could run. There were a couple of plays that he really showed his ability to chase and get after players.”

Kicker Dustin Hopkins' seat isn't hot yet, but it's warming up after missing a 42-yard field-goal attempt against the Chiefs. Washington is set to work out potential replacements this week, and while good help is hard to find at the position, Hopkins could be kicking for his job again at Lambeau Field.

Running back Antonio Gibson has been playing through a shin injury that he recently revealed is a stress fracture. It's unclear if Gibson will try to gut it out again, or if J.D. McKissic and rookie Jaret Patterson will shoulder the load this weekend.

4 — First downs Washington had in the second half against Kansas City after 11 in the first.

Hope for the best knowing that it'll take a Herculean effort to beat the Packers on the road with this many injuries and neither the offense nor defense showing it can take over a game.

Green Bay bound: Get to know all 9 players picked by Packers in 2021 NFL Draft

With news of the rift between Aaron Rodgers and the Packers breaking just before the 2021 NFL Draft kicked off, Green Bay fans can be forgiven…

Defining moments: Packers’ 5 most consequential trades since the team’s renaissance began in 1992

Washington Football Team quarterback Taylor Heinicke (4) throwing the ball during pregame warmups prior to the start of the first half of an NFL football game against the Kansas City Chiefs, Sunday, Oct. 17, 2021, in Landover, Md. (AP Photo/Patrick Semansky)