JASON WILDE For the State Journal

GREEN BAY — This may only be Brian Gutekunst’s fourth training camp as the Green Bay Packers general manager, but he’s been in scouting for more than two decades, and he’s seen it happen time and time again: Someone will go into the final preseason game on the roster bubble and deliver a performance that lands him a spot on a team he wouldn’t have made otherwise.

And while there was one fewer exhibition game this summer than there had been in previous years — not counting 2020, of course, when the NFL canceled preseason games because of the COVID-19 pandemic — those on-the-bubble players will get one last shot at earning that green-and-golden ticket to the 53-man roster in Saturday’s preseason finale against the Buffalo Bills at Highmark Stadium in Orchard Park, New York.

“You guys that have been around here awhile (know) there’s always guys in that last preseason game that end up making the team because of what they did in the last preseason game,” Gutekunst said this week. “I think this preseason, our young guys have had a ton of opportunity. They’ve gotten a ton of snaps, and this game in Buffalo is going to be very, very important.

Here’s a look at where the Packers’ 79-man roster stands entering the preseason finale.

On the bubble: Kurt Benkert.

Two years ago, the Packers went with only two QBs on the 53-man roster (Rodgers, Tim Boyle) and stashed rookie Manny Wilkins on the practice squad. Then came last year, when COVID-19’s impact on preparation left Love fundamentally unprepared to be the primary backup despite his lofty draft status. So the team kept Tim Boyle to back up Rodgers. With Boyle now in Detroit, Love will be the No. 2 no matter what happens against the Bills. With the Packers releasing No. 4 QB Jake Dolegala on Friday, the only decision is whether to keep Benkert on the 53 or try to get him to the practice squad while risking losing him to a quarterback-needy team that claims him. Worth remembering: If Rodgers isn’t coming back in 2022, do the coaches push for Benkert to stick on the 53 so they don’t lose next year’s potential backup to Love? “I think Kurt has done a really nice job,” LaFleur said. “(That’s) definitely going to make it tough on us to decide which way we want to go.”

Jones, who made his first Pro Bowl last year, is raring to go. Dillon got just enough preseason work to show he will be a load to tackle. Barring a catastrophe, Hill has made the team as a rookie seventh-round pick on the strength of some outstanding moments and being the front-runner for the kickoff return job. He never should have lasted until the 256th overall pick, but he did—and the Packers are the lucky ones who landed him. “Kylin’s a really talented player,” LaFleur said. “You guys can see that. He’s got really good explosiveness. He can stick his foot in the ground and make the cuts. It’s just going to be how fast can we get him to be really consistent. The game isn’t too big for him, so he’s a young guy we’re really excited about.”

Taylor and St. Brown were both on the roster last season. St. Brown, who had a costly drop of a two-point conversion in the NFC Championship Game, has been in and out of practice due to injuries. Taylor, although he did have a bad third-down drop against the Jets, has played well in games. Begelton has taken a large step forward from last year and has a chance but is more likely headed for the practice squad again. “We have a lot confidence in just that whole room in general,” LaFleur said. “But that last spot, if we do choose to keep six, it’s going to be a fight right down to the finish.”

On the bubble: Jace Sternberger.

Coming off a breakthrough season, Tonyan is now in a contract year and will try to replicate his 2020 success, while the ageless Lewis presses on. Deguara’s return from a torn ACL could be a game-planning game-changer, while Dafney, the former Iowa bar bouncer, is a near-lock. Sternberger, set to serve a two-game NFL suspension, may not return when his suspension ends. While he did have a 34-yard catch in the preseason opener and a touchdown against the Jets, he’s still been up-and-down. “One play doesn’t really describe the player,” tight ends coach Justin Outten said. “It’s more consistently what you’re putting in day in and day out. With his consistency, it’s kind of been sporadic.”

Bakhtiari, a five-time All-Pro, on the bubble? Yes — because he could start the season on the physically unable to perform list. The three-way race between Newman, a rookie fourth-round pick, Patrick and Runyan isn’t over, but all three should make the roster. Nijman, who has had his best camp, Braden and Kelly are more likely to stick than not. Van Lanen, a former University of Wisconsin standout, worked with the No. 2 line during the week and could make the 53-man roster or may wind up on the practice squad. “I think we’ve done enough where guys feel comfortable playing different spots,” offensive line coach Adam Stenavich said. “For me, I would like to find the five starters for Week 1 as soon as possible just so everyone can feel good in their role and get ready.”

On the bubble: Jack Heflin.

The final spot comes down to Lancaster versus Heflin, the hard-charging rookie free agent who has flashed throughout the preseason. Lancaster is a proven commodity, though, and while his $200,000 signing bonus doesn’t guarantee him a roster spot, it’s more likely that Heflin gets through waivers and lands on the practice squad. Still, even defensive line coach Jerry Montgomery sees them similarly. “Jack reminds me of a guy like Tyler Lancaster, who’s extremely smart, plays really, really hard, buys into the fundamentals and is a dirty-work guy and plays with a good motor,” Montgomery said. “From Week 1 to Week 2, has made a huge jump from what he’s putting on film. (He’s) not where we need him to be but is getting better.”

Za’Darius Smith has practiced just once, briefly, in camp because of a back issue, so the fourth outside linebacker position is of great interest. Garvin looks like the guy at this point with Randy Ramsey on season-ending injured reserve. If they keep a fifth, it could be Rivers, whom the Packers claimed on waivers and has had some good moments. The Packers could also seek outside options on the waiver wire after cuts, especially someone who could also chip in on special teams. “I think this is the most I’ve seen younger guys get,” outside linebackers coach Mike Smith said. “With ‘RG’ a little banged up and ‘Z’ (not practicing) and I don’t want to overload Preston, these guys are getting some great reps and it’s a great opportunity. I think you can see the improvement.”

Barnes got released on the final cutdown a year ago, then was brought back and ended up being the starter most of the year. Campbell, added late in the offseason, has been a revelation. Burks and Summers both figure to return but they’re more special-teams stalwarts than would-be starters. McDuffie, who missed nearly half of camp with a hamstring injury suffered during offseason workouts, could change minds with a strong showing against the Bills. The big cut came at the beginning of the week, when 2020 fifth-round pick Kamal Martin was released. “Guys develop and get it at different times in their career for different reasons,” inside linebackers coach Kirk Olivadotti said. “The common thread between the guys we have in our room right now is that they all are workers. There’s never been a time that we had to teach these guys how to work.”

Jean-Charles, a rookie fifth-round pick, has had his struggles in camp but should help on special teams as he figures out how to cover NFL receivers. Yiadom, acquired in exchange for disappointing 2018 second-round pick Josh Jackson, has been running with the No. 2 defense and should get his chance to make the most of his fresh start. Ento, in the midst of a strong camp, had an interception against Houston but had some tackling issues against the Jets. That’s not a surprise with a former wide receiver, but it could be the difference that allows Yiadom to win the last roster spot. “He understands what I’m trying to get done,” defensive backs coach Jerry Gray said. “He knows that in order to get a chance to compete to get into the top four, five or even six guys, ‘I’ve got to have great technique; then I’ve got to go compete on special teams.’ I think that’s really what he’s trying to do.”

Will Redmond, a key special teamer, is done for the year. The fifth and final spot figures to come down to Gaines versus Uphoff. The Packers think all four of their young safeties can play, so whoever ends up being the odd man out will almost assuredly be brought back on the practice squad if he clears waivers. The guess here is that Uphoff, who could take on that Redmond role on special teams, gets the nod. “We got a couple starters in Savage and Adrian, but the young guys are stepping up — Henry Black, ‘Thump’ (Gaines) and Christian,” Gray said. “I think those guys are doing a great job on their own, (and) I think that’s what those young guys are really capitalizing on.

On the bubble: Hunter Bradley.

Scott’s punting was up-and-down against the Jets, but he’s a terrific holder for Crosby on place kicks — an important skill given how erratic Bradley was in practice earlier in the week with his snaps. While Joe Fortunato was unable to keep the in-camp competition at long-snapper going, a change could be in the offing if there’s someone on the street who catches the Packers scouting department’s eye. “All sickness isn’t death,” special-teams coordinator Maurice Drayton said. “I’m actually very encouraged. … Within the program, I’m able to see where we were (compared) to where we are now, timeframe wise, and I think we’re going to be OK. If everything is hunky-dory in the preseason and it’s nothing to correct, then you better probably watch out.” 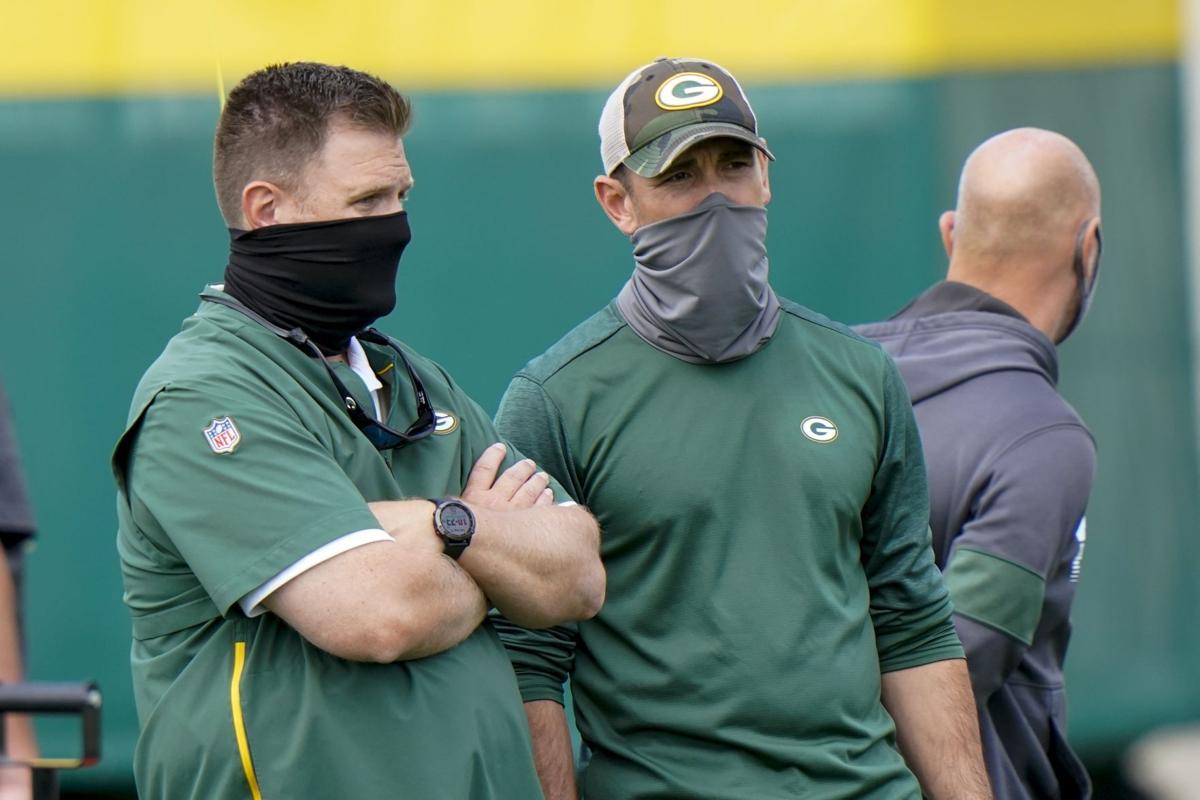 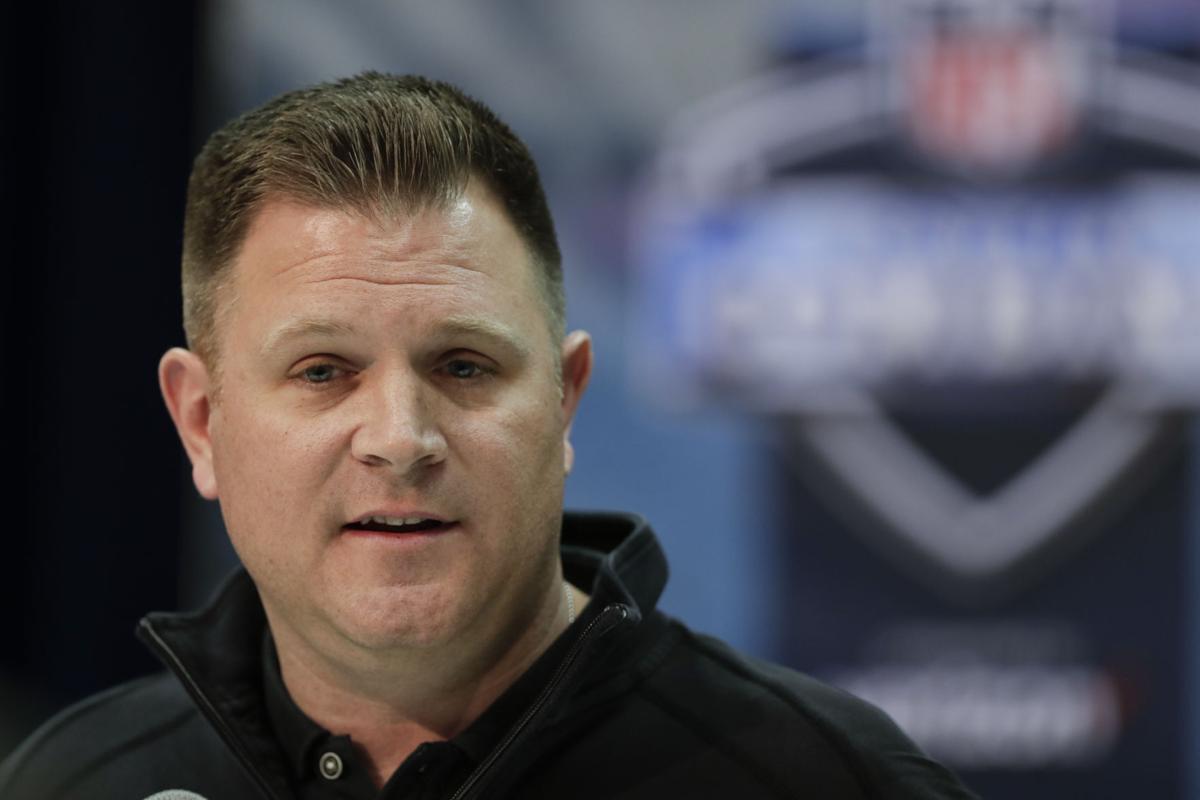