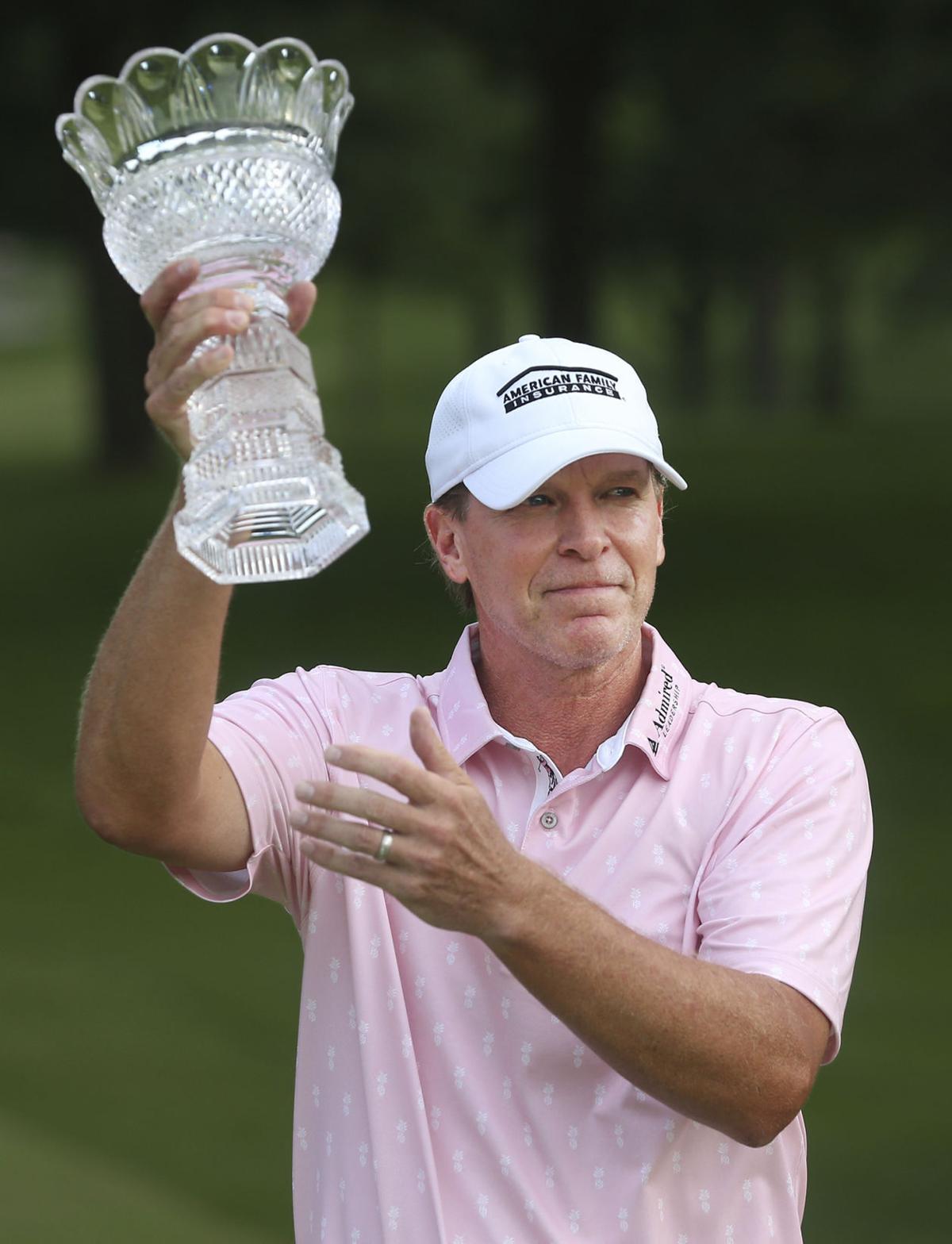 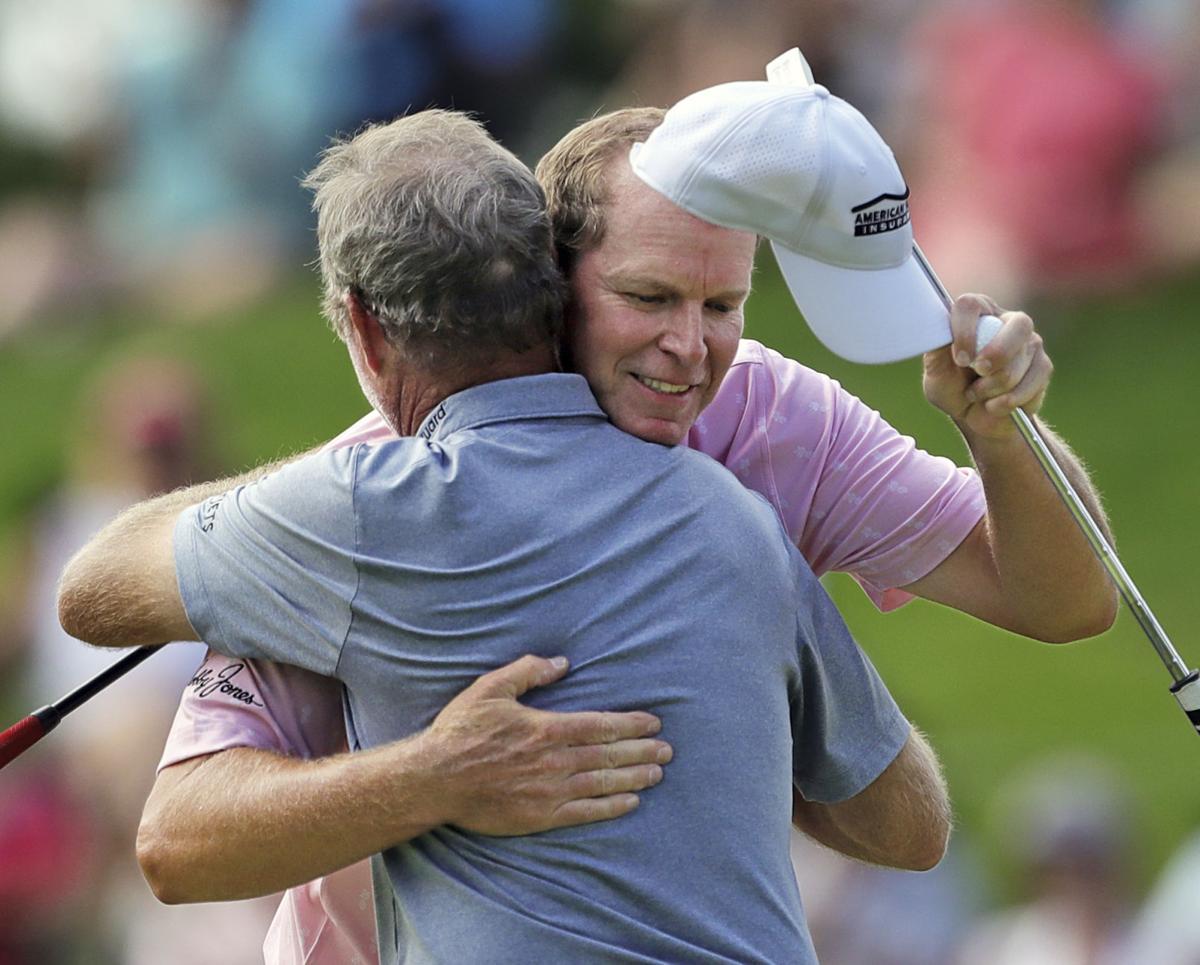 AKRON, Ohio — Steve Stricker won the Bridgestone Seniors Players Championship on Sunday at difficult Firestone for his second victory of the year and third major title.

Eight strokes ahead in the third round and four in front entering the final round, the Madison resident closed with an even-par 70 for a six-stroke victory over defending champion and Wisconsin friend Jerry Kelly.

“It was so hard,” Stricker said. “It’s so hard to have a lead. And then to play with a friend, Jerry, out there, basically it’s his home course. This is exactly what he grew up on in Madison, Wisconsin. He plays well here. I could tell that he was playing well and I’m just trying to hang on. It’s tough to play when you’re not that aggressive, but I’m happy. It was a tough fight.”

Stricker finished at 7-under 273 on the South Course. The U.S. Ryder Cup captain opened with a 63, shot 68 in the second round and 70 in the third.

Kelly bogeyed four of the last five holes in a 72. He was coming off a victory two weeks ago in the American Family Insurance Championship, the tour event Stricker runs in Madison.

“Just a good golf course,” Kelly said. “I mean, to shoot even par when you’ve got a lead like that, that’s tough. I would have had to shoot 4 under to catch him.”

Stricker rebounded from a bogey on the par-4 fourth with birdies on the par-4 sixth, par-3 seventh and par-4 ninth to make the turn at 9 under. He dropped strokes on the back nine on the par-4 11th and 13th.

He won the Chubb Classic in April in Florida, then squandered leads in the first two senior majors of the year — falling to Alex Cejka in the Regions Tradition in Alabama and Senior PGA Championship in Oklahoma.

“I knew that I had the lead in the other two and didn’t come away with a victory in either one of them,” Stricker said. “It was even harder because I had that in the back of my mind, so it means even more that I was able to come out on top.”

Wife Nicki worked as his caddie.

“It’s always great to have her out here,” Stricker said. “She’s a calming influence and we work well together. Yeah, it’s good. She still enjoys coming out, the kids still enjoy coming out, so it’s a lot of fun.”

Stricker has seven senior victories after winning 12 times on the PGA Tour. He earned a spot in The Players Championship at the TPC Sawgrass next March.

“There's been captains who did a good job and it doesn't equate to a win,” Steve Stricker said before laughing and adding, “It can be a thankless job.”