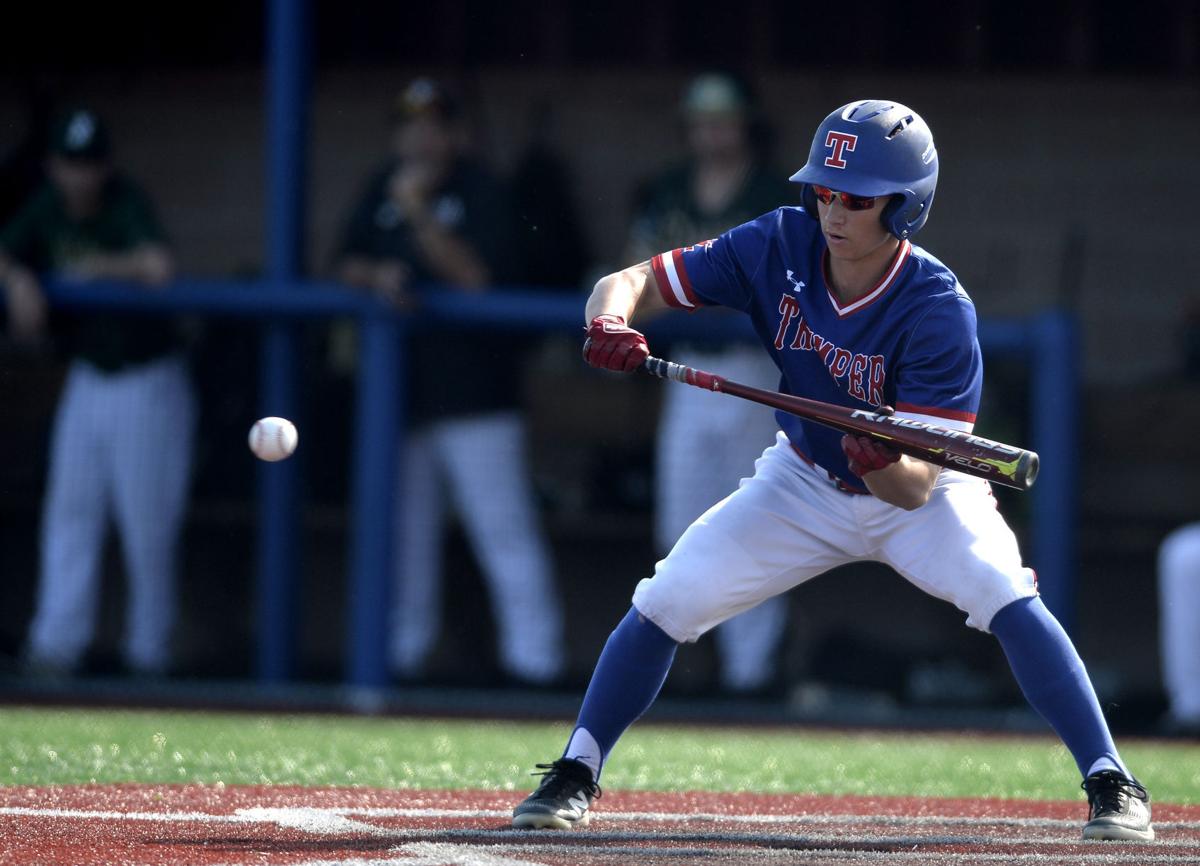 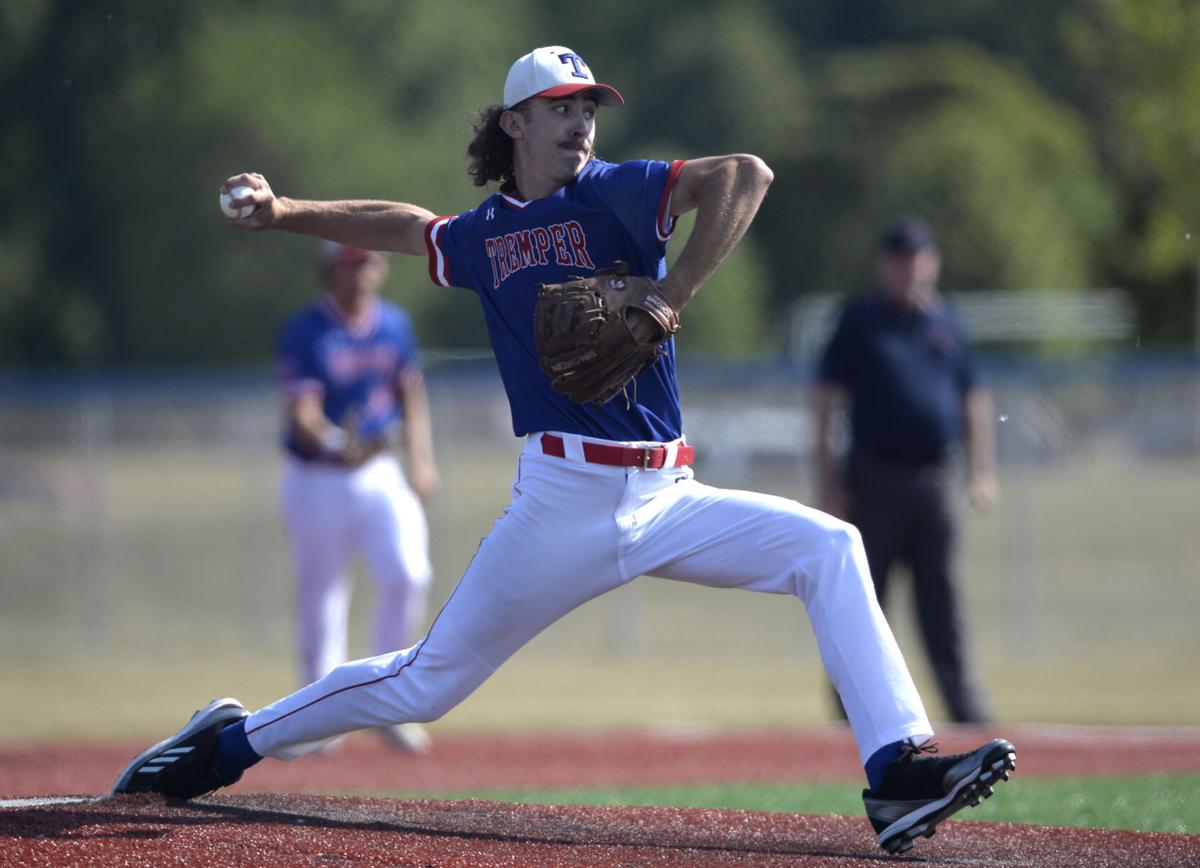 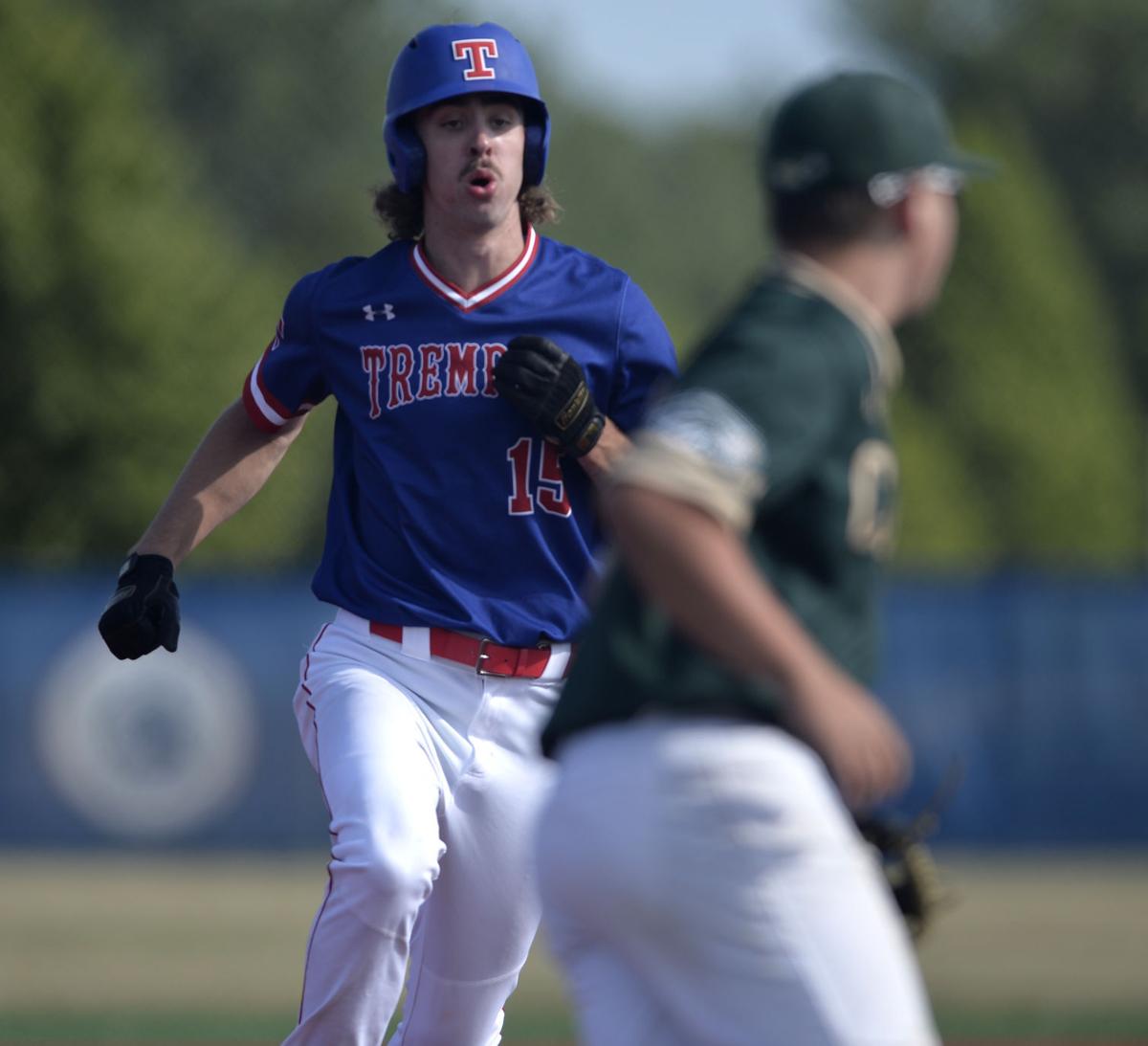 Tremper's Torin Byrnes runs to third base during a WIAA Division-1 regional final baseball game Thursday at Andy Smith Field. The top-seeded Trojans fell, 3-1, to Muskego in a sectional semifinal at Bradford's Wavro Field on Monday to close the spring at 23-5 overall. 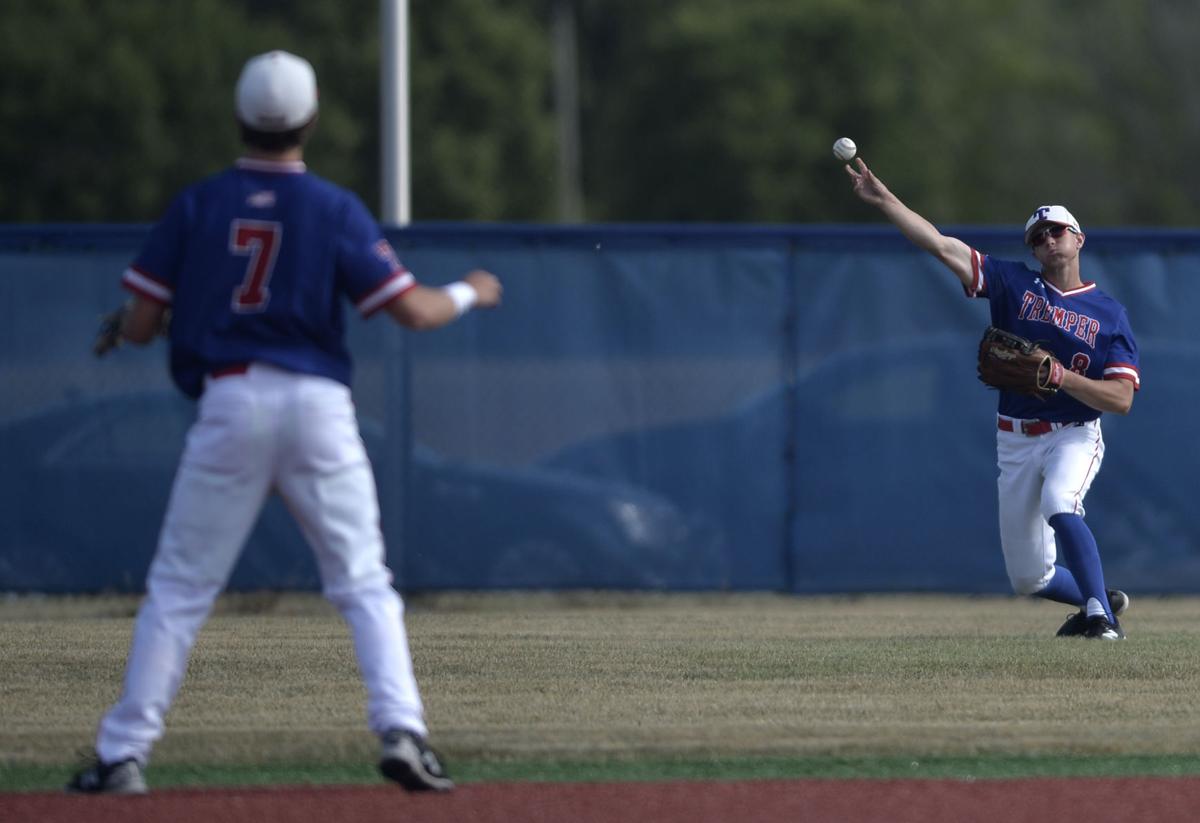 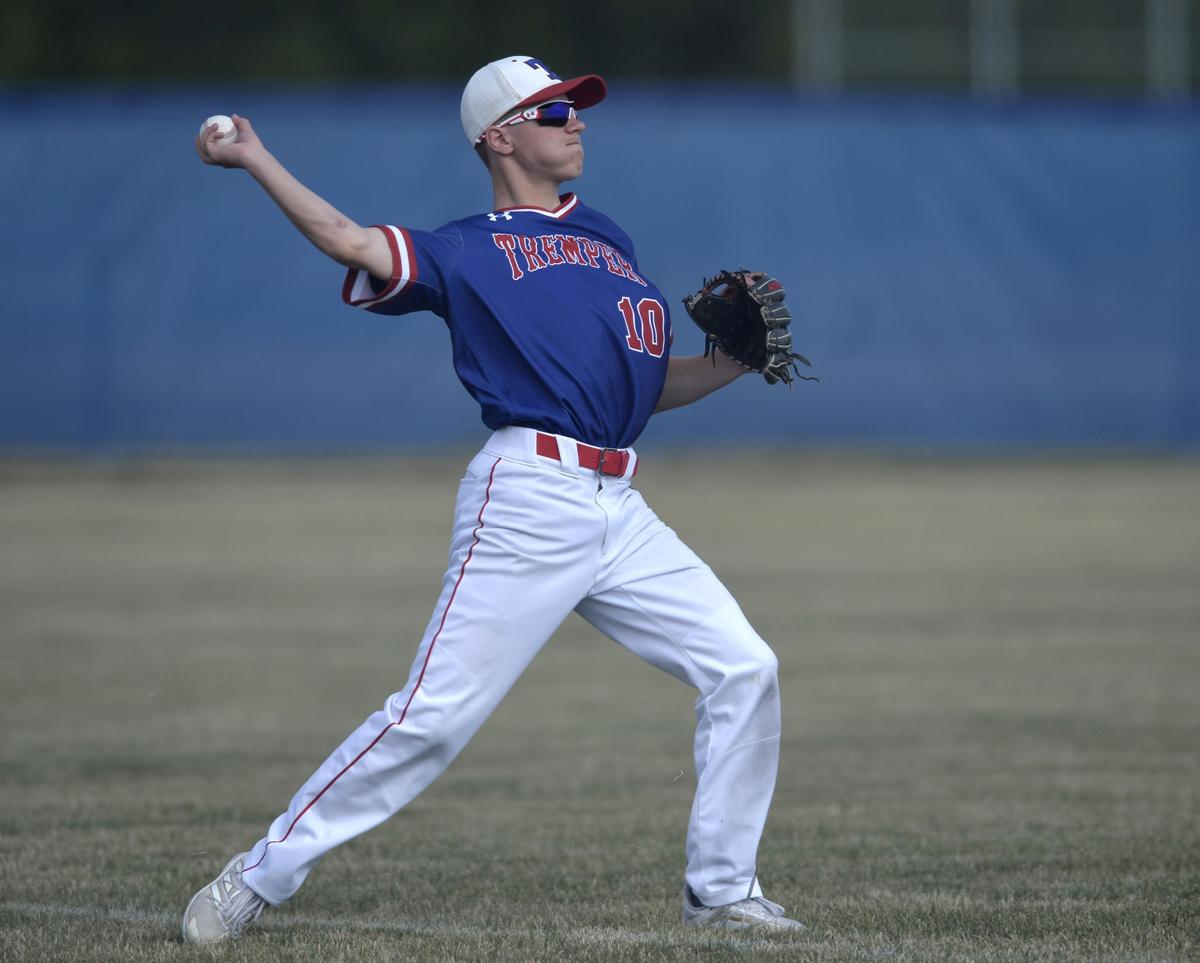 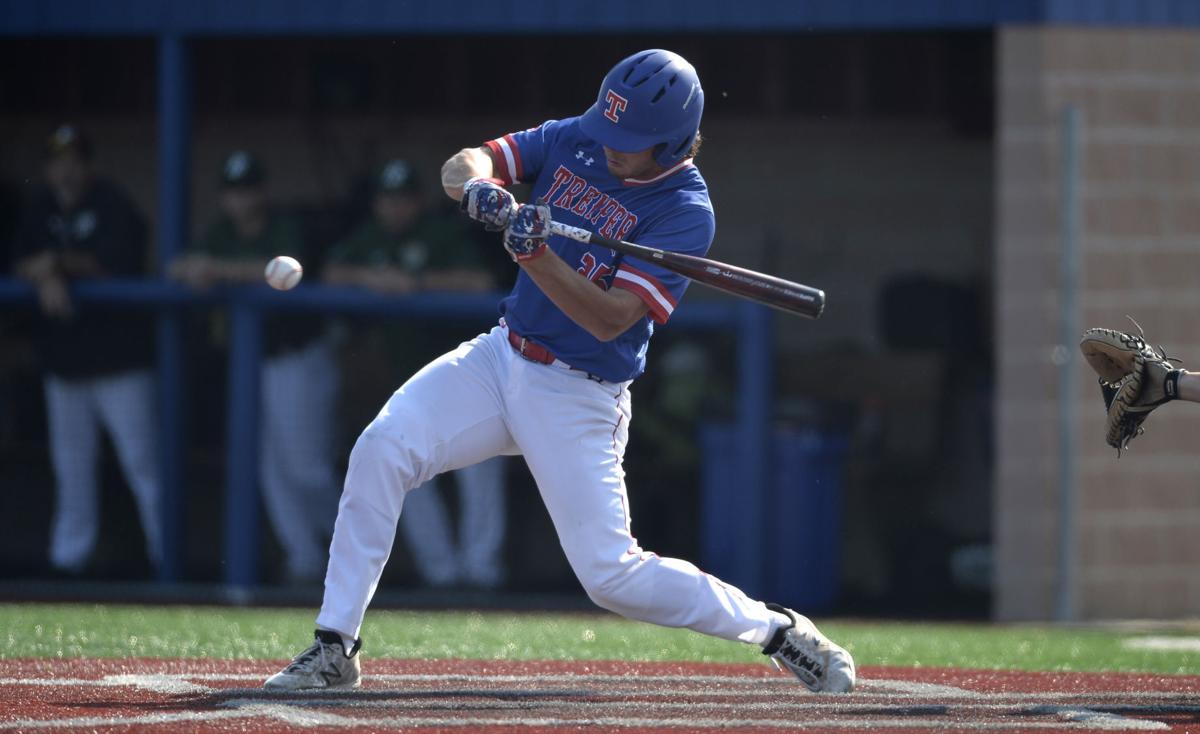 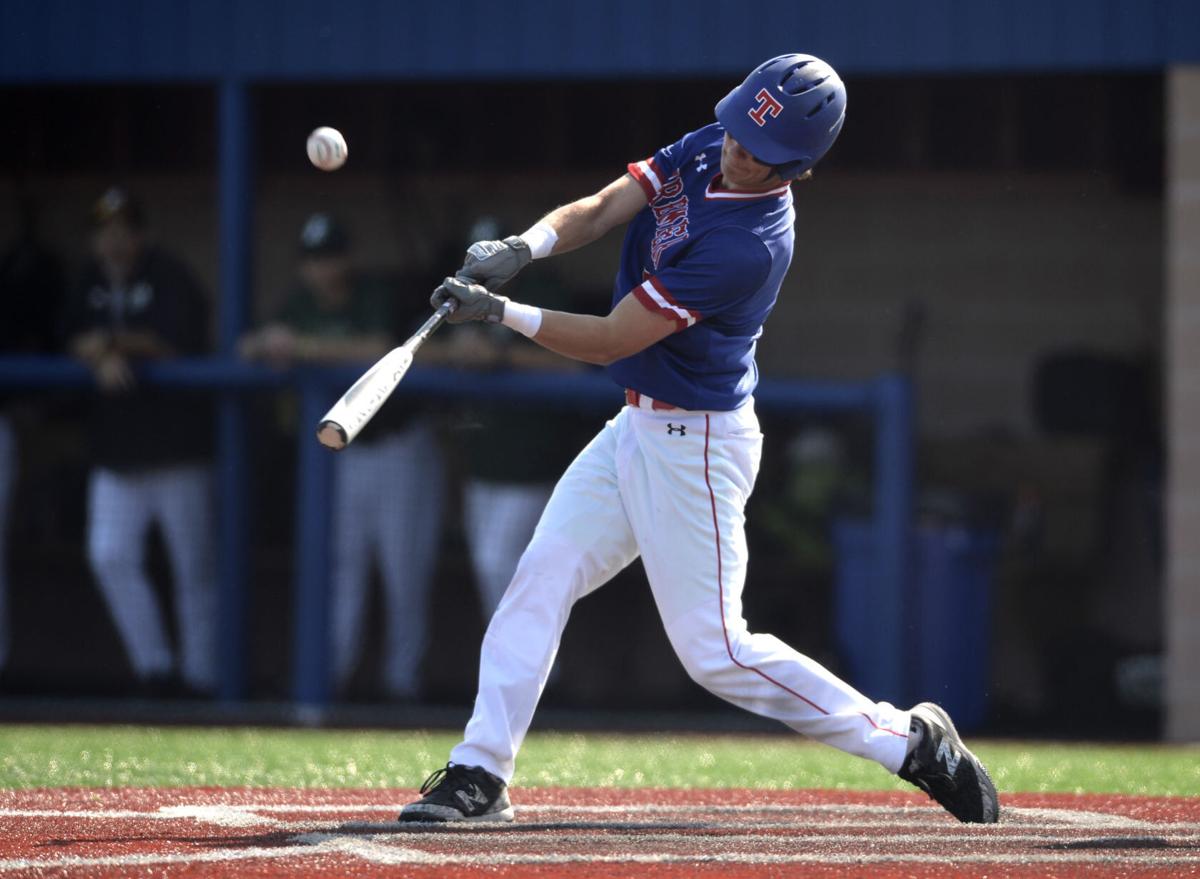 Behind another standout pitching performance from Torin Byrnes — and his offense, too — the top-seeded Tremper baseball team had no problem with fifth-seeded Racine Case in a WIAA Division-1 regional final Thursday at Andy Smith Field.

Byrnes, a junior right-hander, won his sixth game of the season over five innings of work, allowing just three hits and a walk and striking out nine, as the Trojans rolled to a 10-0 victory in six innings, after which the game was halted due to the 10-run rule.

Byrnes came out after a relatively light 82 pitches, as Kaileb Lyon worked a scoreless sixth.

The Trojans, who improved to 23-4 and were ranked No. 8 in Division-1 in the latest state coaches poll, are now on to Monday’s sectional doubleheader, which will be hosted by Bradford at Wavro Field.

Tremper will play second-seeded Muskego in the 1 p.m. semifinal. The Warriors defeated the Red Devils, 13-1 in five innings, in a regional final that was pushed back to Friday evening due to Thursday's thunderstorms.

Monday’s 10:30 a.m. sectional semifinal, meanwhile, will pit top-seeded and sixth-ranked Union Grove against second-seeded Burlington. The winners then square off for the sectional title and a trip to state at approximately 3:30 p.m. Monday. The State Tournament this year will be spread out between June 25 and July 1 and will be split between Herr-Baker Stadium in Fond du Lac and Fox Cities Stadium in Grand Chute.

Tremper, which tied with Franklin for the Southeast Conference title, is looking to advance to state for the first time since 1992 after falling just short in a lot of sectional appearances in recent years.

“We’re excited to get back to the sectional,” Matera said. “There are some excellent teams in our bracket, and we’re looking forward to competing with them.”

“Our hitters had some really good at-bats as the game moved along and did a great job of applying pressure through bunts and hitting with runners in motion,” Matera said.

The top-seeded Broncos blanked the fifth-seeded Falcons in a Division-1 regional final Thursday at Union Grove.

Keegan Kearby had two of Central’s three hits, including a double, while Mason Mitacek added one. Scotty Schulz, Adam Switalski and Kearby combined to work six innings on the mound, allowing nine hits and eight earned runs with five walks and two strikeouts. The Falcons committed four errors behind them.

Central finished its season with a 13-13 record.

IN PHOTOS: The Tremper and Central baseball teams compete in D-1 regional finals

The little-used older brother of star Giannis Antetokounmpo has averaged just 3.5 minutes per game in the postseason.

Aaron Rodgers doesn't want to be in Green Bay, and his decision to decline the 2-year extension reinforces that more money won't change how he feels.

Two people were shot. Investigators believe, based on preliminary information, that one of the victims was an employee at the stadium.

Watch now: History made as Bucks win their first NBA title in 50 years

The Milwaukee Bucks grabbed their first NBA title in 50 years Tuesday in front of a global audience.

Two lucky fans who get vaccinated at a pre-game clinic in the Deer District will win free tickets; Deer District capacity upped to 65,000 for Tuesday night's possible championship clincher.

Tuesday's game scheduled for 7:10 p.m. will move to 3:10 p.m. so fans will available to focus on the Bucks' potential title-winning game at 8 p.m.

Packers by position: Will he? Won’t he? Packers quarterback situation hinges on 3-time NFL MVP coming to camp

In just over a week, the full 90-man roster is slated to report to Green Bay, with the first practice of training camp set for July 28. And because Rodgers has said next to nothing publicly about his intentions, all anyone can do at this point is make educated guesses.

50 for 50: How does Giannis Antetokounmpo celebrate winning an NBA title?

Tremper's Torin Byrnes runs to third base during a WIAA Division-1 regional final baseball game Thursday at Andy Smith Field. The top-seeded Trojans fell, 3-1, to Muskego in a sectional semifinal at Bradford's Wavro Field on Monday to close the spring at 23-5 overall.