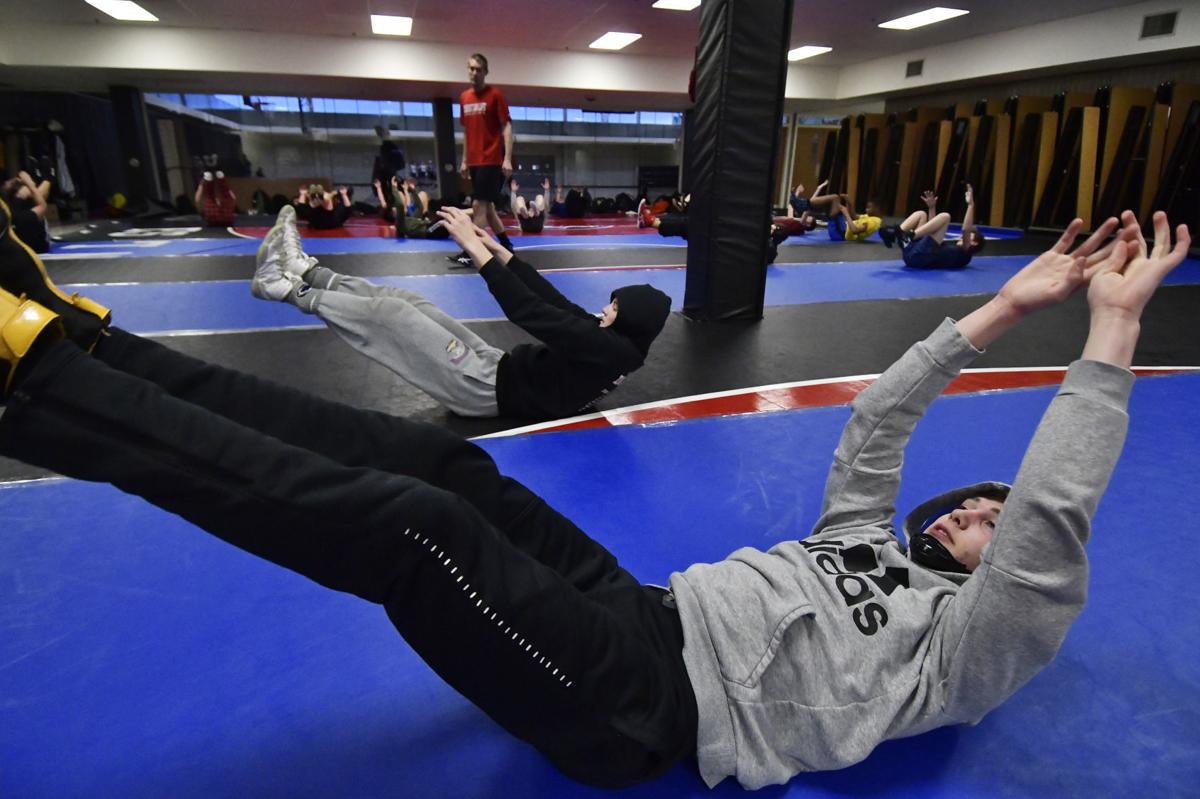 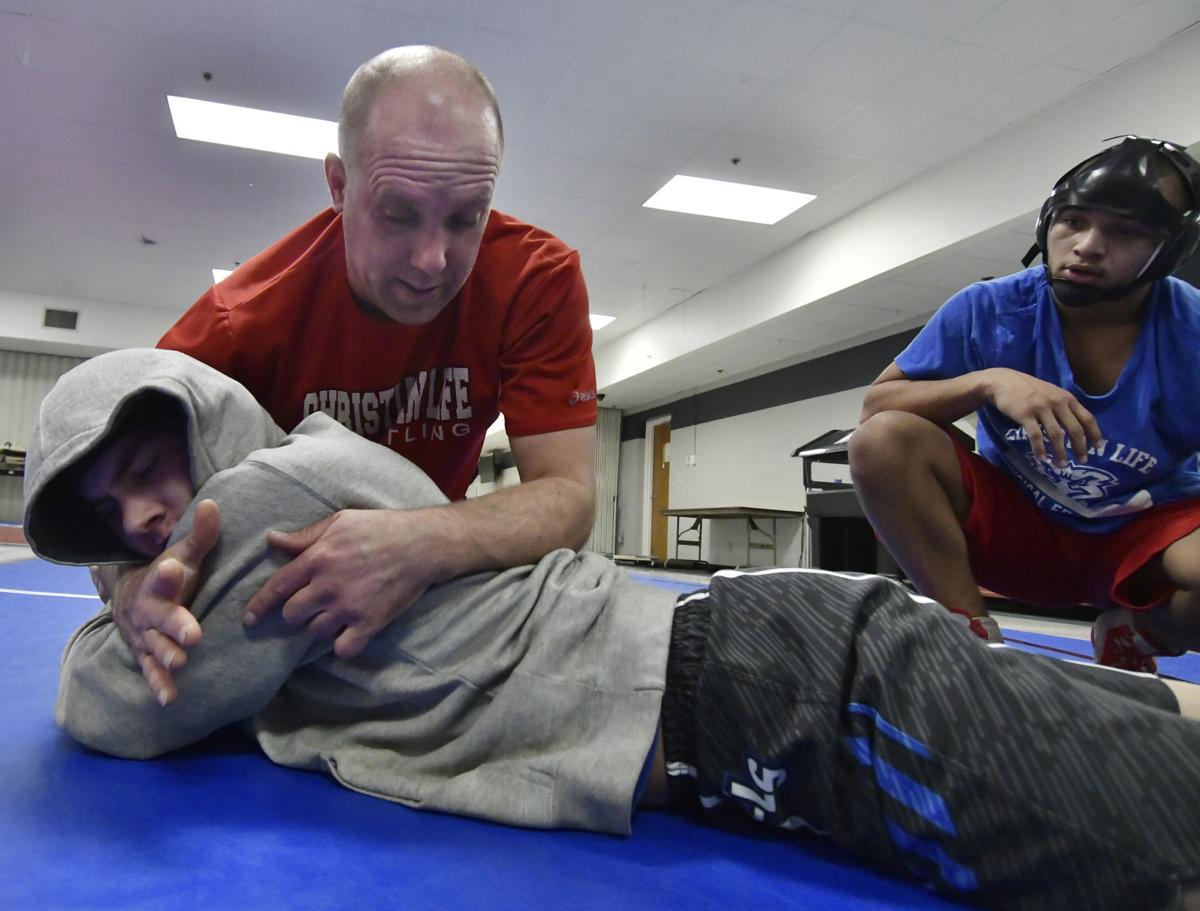 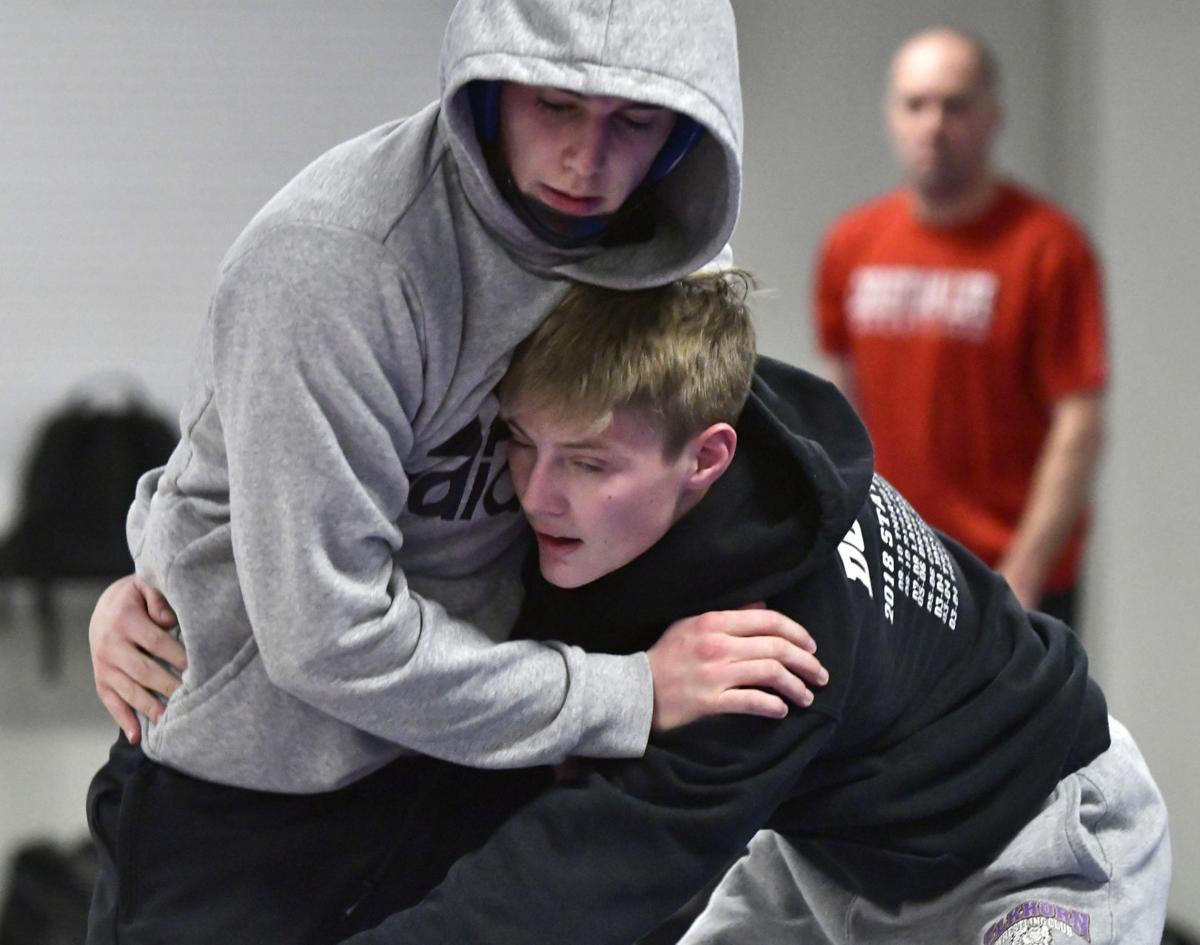 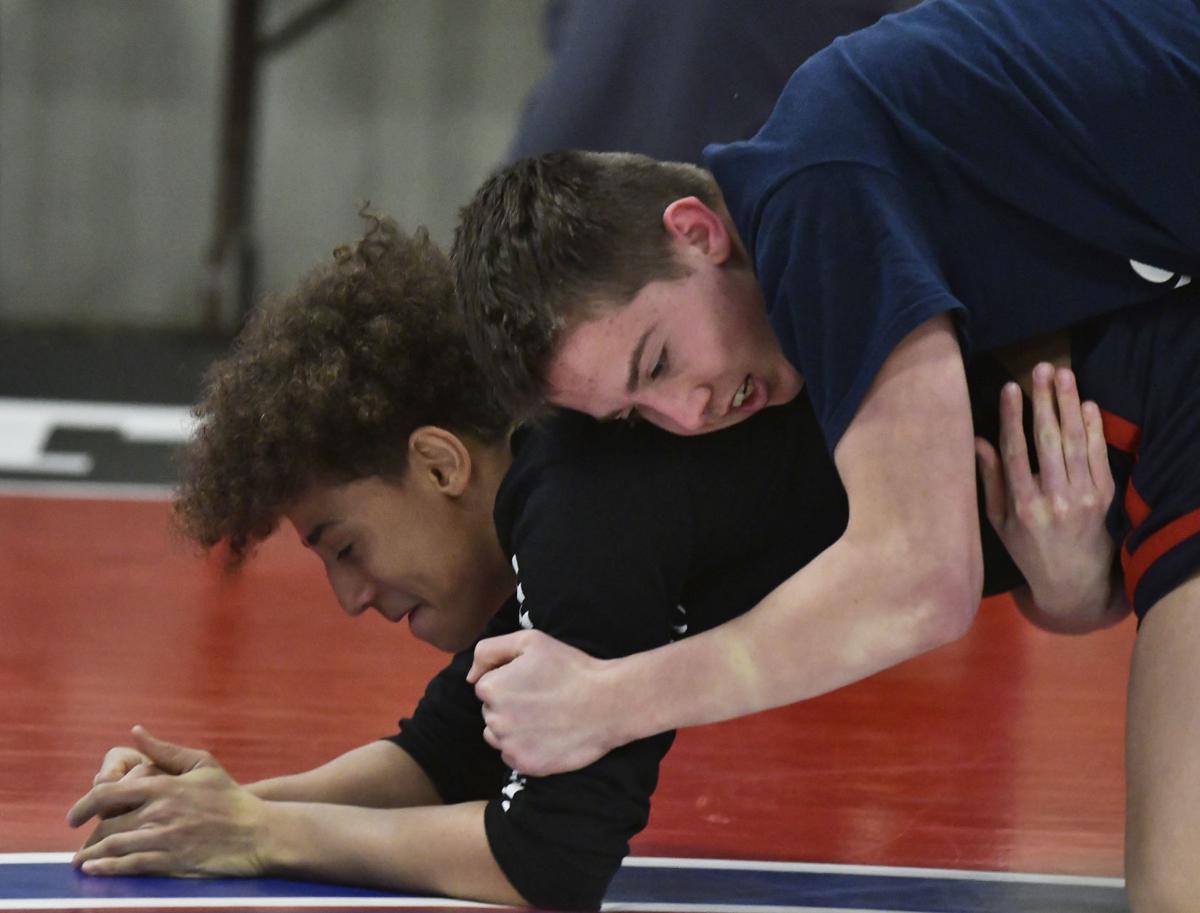 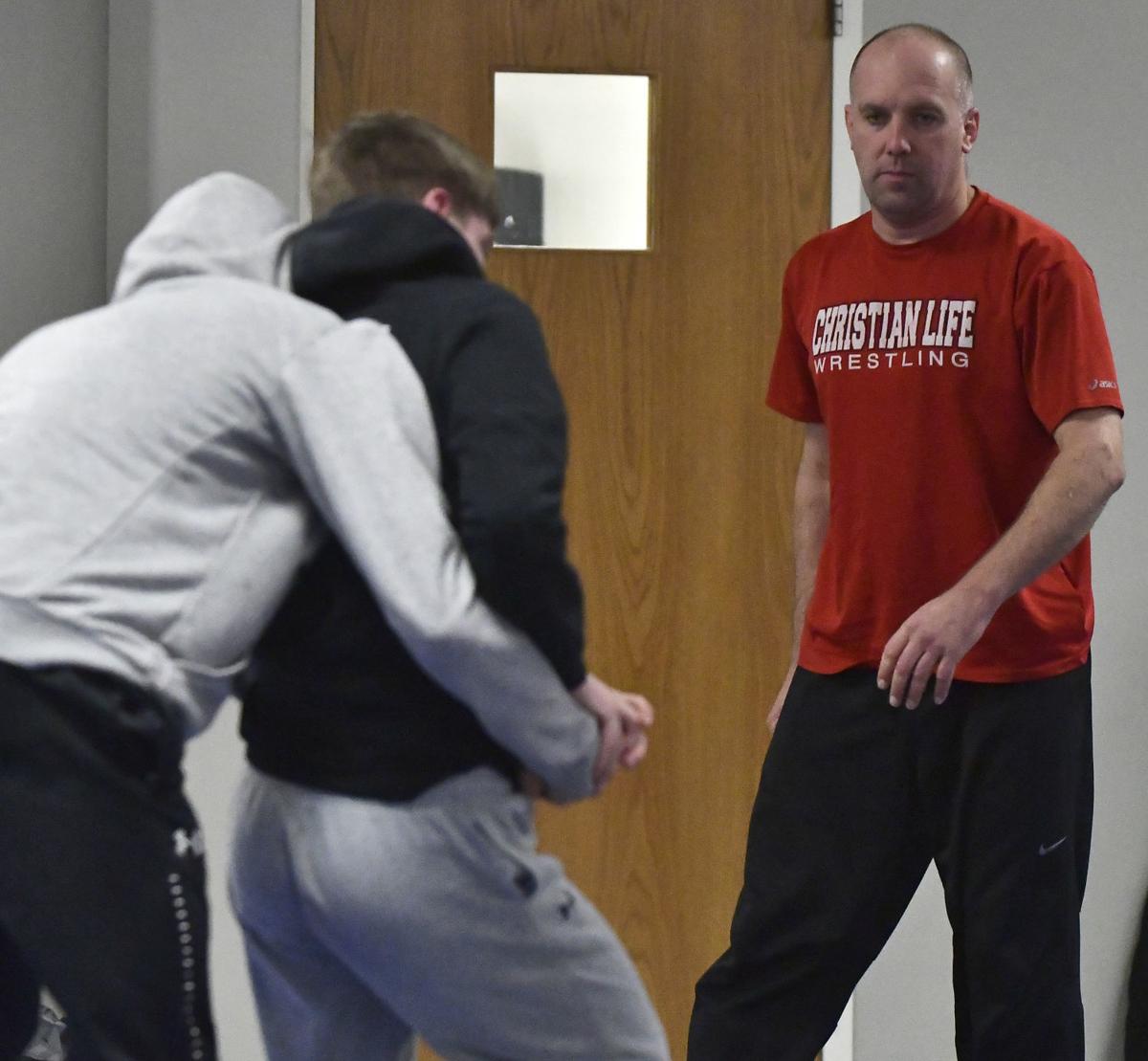 With a storied history of success behind it, finding a way for the Christian Life wrestling team to take things to the next level would appear to be difficult.

Fresh off its seventh straight WIAA Division-3 regional title a year ago, the Eagles return a roster chock full of seasoned, experienced talent with their sights set on taking the next huge step.

And that, of course, would be a trip to the WIAA State Team Tournament, a hurdle the Eagles have not been able to leap past despite a number of close calls.

Needless to say the expectations for the season, which officially kicks off tonight against visiting Markesan at 6 p.m., are sky high.

“We look good,” Christian Life co-head coach Tim Pinter said at practice Tuesday. “We should have our best team, I think, in the history of our school. Every year, we seem to be getting incrementally stronger. We should be tough.”

Finding a way to get past the Rams will be critical for the 2019-20 Eagles to get where they want by the end of the season, Pinter said.

And the key to doing that won’t necessarily happen on the mat.

“We have to get the right kids at the right weights,” Pinter said. “We have the talent, but it’s not a basketball team where you can stick your five best out there. If they don’t fall in the right spot, I have a state place-winner sitting on JV, and that can’t happen.

“Our kids know it. If we don’t make sacrifices, we have no chance. That’s a huge sacrifice part that a lot of people don’t know about.”

As for individual hopes, there are many on the roster who have their sights set high.

Sophomore Troy Dolphin (113 pounds) returns after he finished third at the Individual State Tournament, the highest finish in school history, a year ago. Evan Grubbs was fourth last year at 195, while Javis Pinter was fifth at 120.

Javis Pinter is expected to wrestle at 126 this year, while Grubbs will move up to heavyweight.

Kade Pinter at 145 pounds gives the Eagles a fourth wrestler with what Tim Pinter described as a legitimate shot at a state title this season. Kade Pinter missed the end of last year with a torn calf muscle.

There is a lot of competitive depth up and down the roster, Pinter said, which will only help.

“The level in our room is highly intense at this point,” he said. “I think that intensity has made all the kids believers. ... Until you start breaking that glass ceiling that, ‘We’re a state championship team, we’re a state contender team,’ it’s hard to buy into that.

“... I think we’ve kind of broken that. Our kids don’t expect to lose when they wrestle large schools. They expect to win. I think that changes a lot. That mentality has changed in the wrestling culture at this school. I think that’s one of the biggest things.”

The ongoing success of the program as a whole continues to pay huge dividends, as younger would-be wrestlers start honing their skills as future Eagles starting in pre-kindergarten.

And having the excitement around the team every February and into March certainly doesn’t hurt things.

“It’s one of the biggest strengths we have, is we’ve been feeding ourselves,” Pinter said. “In the last years, we’ve started feeding ourselves the kids who started in first and second grade. Once you start the feeder program, it helps.”

And it wouldn’t be a high school wrestling season without numerous connections to the Pinter family.

Going even deeper than that, there are a number of other relatives in the pipeline with Dequavion Pinter, Tim Pinter’s adopted son, nephews Toby and Titus Pinter; and Logan Wright, his sister’s son, all in the Kids Club program.

Even the managers are relatives, as Tim Pinter’s daughter, Lexi, and his niece, Gracie Wright, are also involved in the program.

And on the coaching staff are Tim Pinter’s brothers, Jim and Kevin, who are joined by co-head coach Lino Martinez.

When they say wrestling is in the Pinter family, they certainly mean it.

“Wrestling consumes everything,” Tim Pinter said. “Saturdays are 10 hours. Every day, you’re here until 6, 6:30. We’ve kind of just made it a family affair. My wife’s friends are moms of other kids. We just accept that from November to March is the family wrestling affair, and that’s what we will all do until it ends in March.”

With that many relatives all the way down the line involved, it appears Tim Pinter’s next several years have already been planned for him.

“We did the math, and realized I’m never going to be able to (stop) coaching, because I’m always going to have a family member in the system coming up,” he said. “I think I have 10 more years of a Pinter being in the high school program.”

For Pinter and his coaches, the program is run with four significant goals in mind, and none of them are centered around winning.

In order, he said, is to honor God and how they conduct themselves; to be fiercely competitive; to enjoy the experience; and the last one is maybe the most important.

“Everyone laughs when I say it, but it’s, ‘Take care of your mommas,’ because it’s part of being a man,” he said. “... That’s what it’s really about. If it’s just about shooting a basketball through a hoop or putting this guy on his back or that guy on his back, you’ve really missed the point of high school sports.

“We’re trying to develop young men to be who God has intended them to be. Those are the four. We say if we do those four, winning and losing is just going to happen.”

The administrators are viewing competitive equity as an affluence-vs.-poverty problem, rather than a simple public school-vs.-private school problem or an urban-vs.-rural issue.

Three-time defending WIAA Division 2 state champion Beaver Dam will be without coach Tim Chase for an indefinite period while he has surgery for a cancerous tumor in his colon.

An appeal from Delavan-Darien — which would affect area schools, including McFarland and Fort Atkinson — was rejected.

La Crosse Central's Johnny Davis, who has committed to the University of Wisconsin, is a nominee for the McDonald's boys game.

Dan Bayreuther, who coached Fort Atkinson and Janesville Craig, and umpire John Peterson are among those being inducted into the softball coaches' Hall of Fame.

As numbers increase in girls wrestling, coaches and administrators in the state would like to see girls receive further opportunities in the sport.