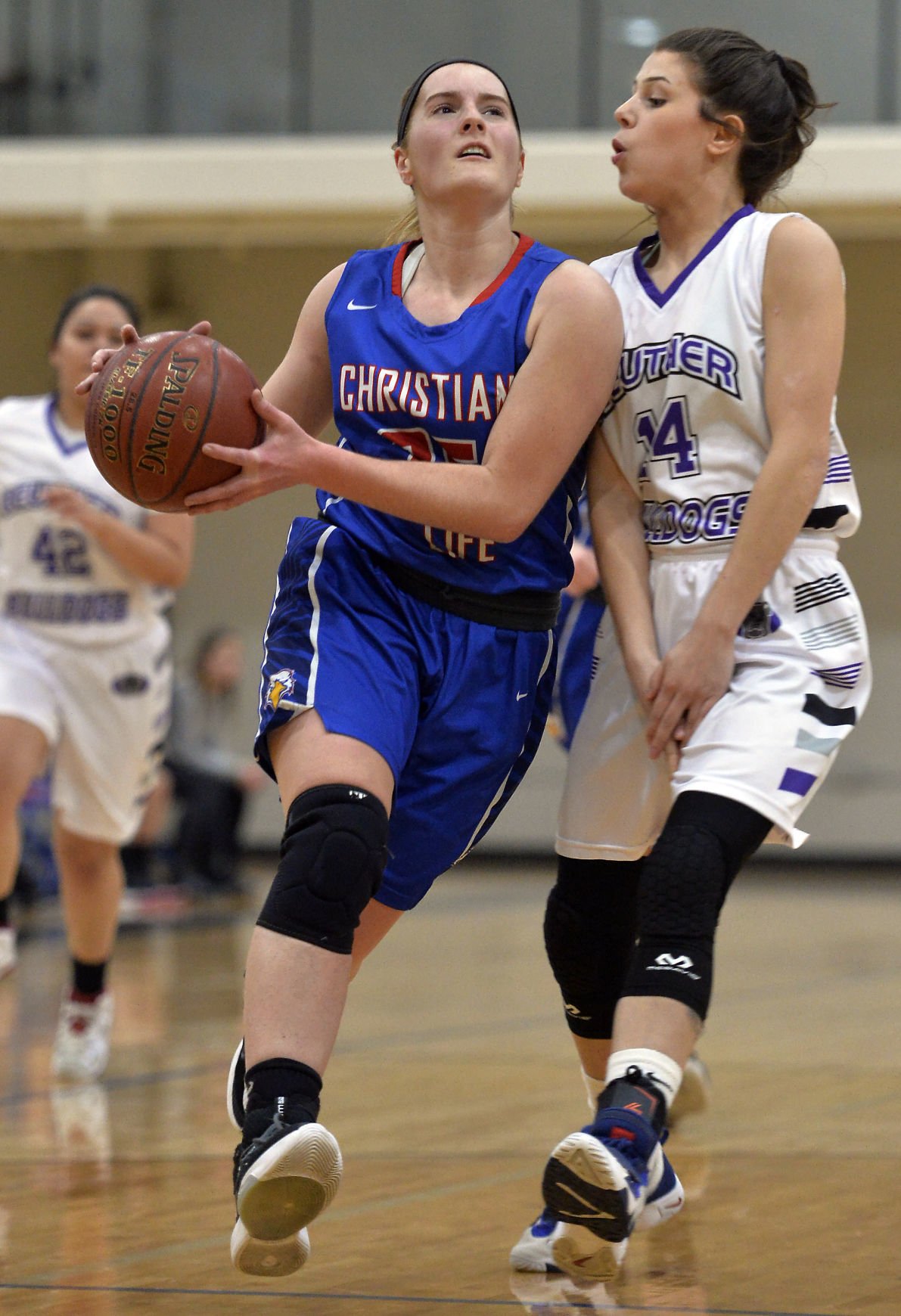 Reynolds led the Falcons with 9.7 points per game, and her 30 3-pointers made ranked fourth in the SLC.

The sharp-shooting Hickey was second in the conference with 38 made 3s, while her 9.2 points per game were second on the Panthers.

Waterford senior guard Katie Rohner, who led the SLC with 18.0 points per game, was named the conference’s Player of the Year.

Christian Life had a trio of athletes named All-Midwest Classic Conference when the teams were announced recently.

Among the girls, senior forward Adeline Fredrick was named to the second team, while senior guard Alayna Smith was honorable mention. Among the boys, senior guard Austin Eifert was a second-team selection.

Fredrick was sixth in the conference with 13.2 points per game and Smith was just behind her, tied for eighth with 12.5

Eifert, meanwhile, ranked 12th with 17.2 points per game in what was a high-scoring boys field.

Brookfield Academy senior guard Aidan Clarey and St. John’s NW Military Academy junior guard Brandin Podziemski were the boys Co-Players of the Year. No Player of the Year was selected for the girls.

Local government, emergency responders and businesses have been adapting to the coronavirus outbreak, and making decisions in order to try to …

A letter from the law enforcement and health officials describes distancing guidelines and says that courses following them are not in violation of the governor’s order.

Just mull this over for a second: The Milwaukee Bucks’ potentially historic 2019-20 season was sidetracked by an unprecedented virus.

The Major League Baseball players union has discussed beginning the season by playing games without fans in ballparks just to expedite a return to normalcy, Los Angeles Angels pitcher and union representative Andrew Heaney said Tuesday. "Baseball really shows why it's the national pastime in situations similar to this, in difficult times," he said in a conference call from his home in Edmund, ...

Konwent reflects on her time as a Badger

A look at the All-County Boys Basketball second team

Green Bay's Aaron Jones, who had a breakout season in 2019, heads into the final year of his four-year rookie contract facing an uncertain future.

Gone Fishin': A time of transition

The wisdom of fishing with a brand-new lure to attract fish does not always hold true.