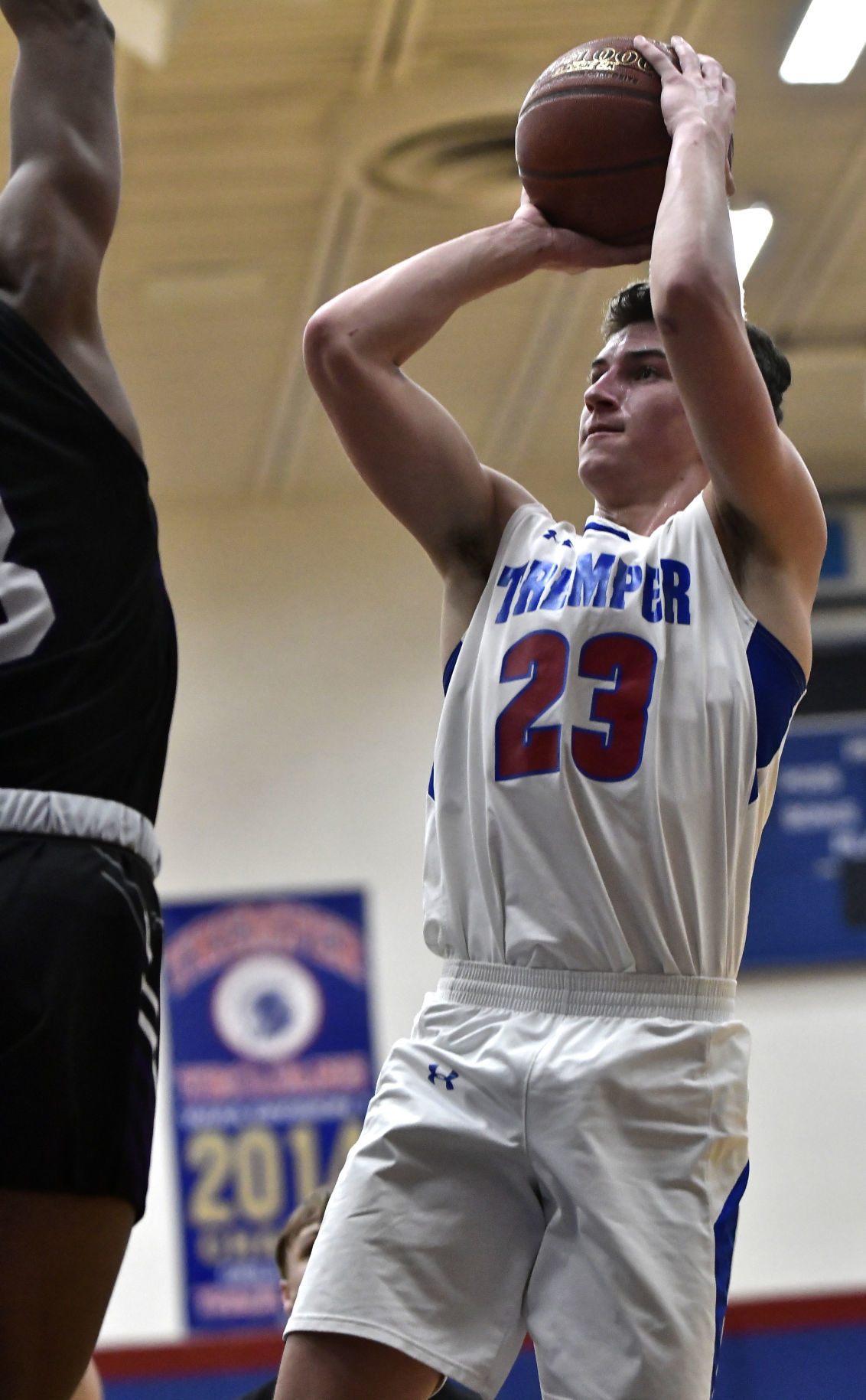 Tremper’s Jake Gross shoots during a Southeast Conference game against Indian Trail this season. Gross averaged 19.6 points and 8.8 rebounds per game and was named first-team All-SEC. 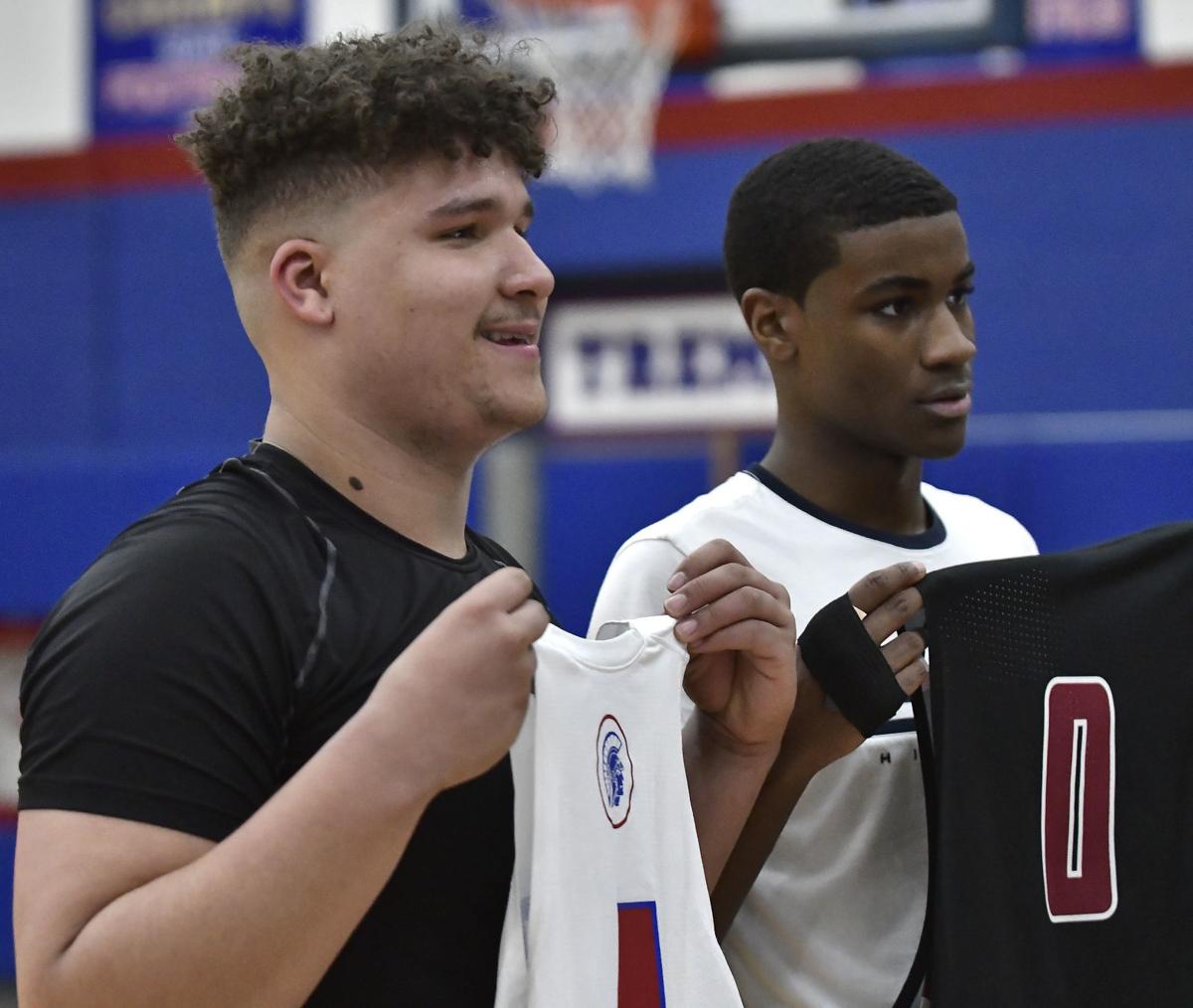 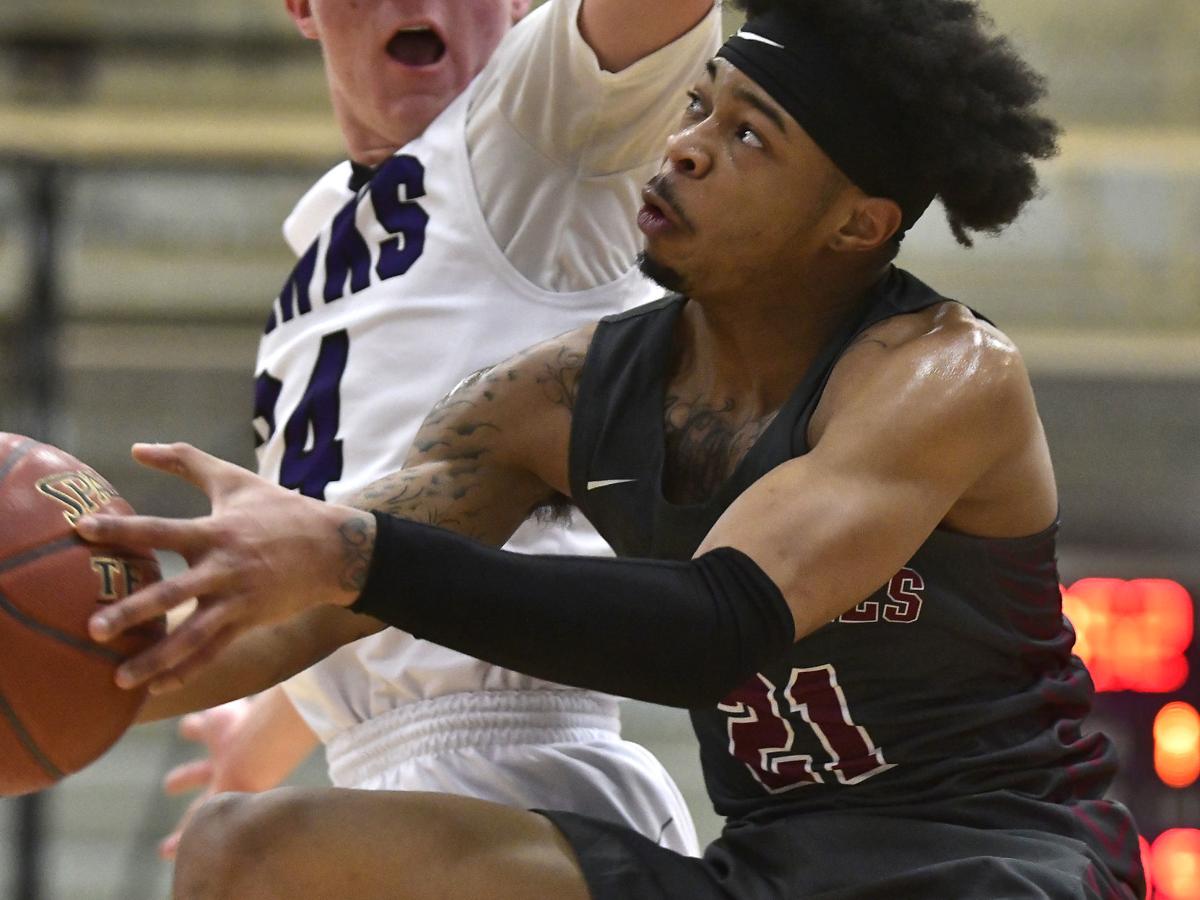 Bradford’s Da’Quantae Sawyer, right, shoots while being defended by Indian Trail’s Anthony Bernero this season. Bernero was named to the All-SEC second team Saturday, while Sawyer was a third-team pick.

The Tremper boys basketball team got within one victory of its first WIAA Division-1 State Tournament appearance since 2001 this season.

For that, the Trojans were honored appropriately, as senior guard Jyon Young and senior forward Jake Gross made up two-fifths of the All-Southeast Conference first team, which was released Saturday.

Young led the SEC in scoring at 21.4 points per game, and his 43 made 3-pointers ranked third in the conference.

Gross was all over the statistical leaders, as he ranked third in scoring with 19.6 points per game, fourth in rebounding with 8.8 per game and second in 3-pointers made with 51.

Bradford, meanwhile, reached sectionals for the first time since 2011, where they lost to Case on Thursday night in the sectional semifinals. The Red Devils had a pair of second-team All-SEC selections in senior forwards Max Glass and Jashon Lee.

Glass was eighth in the conference in both scoring at 15.4 points per game and rebounding at 6.7 per game and tied for fourth in 3-pointers made with 32.

Lee, one of the top interior threats in the SEC, finished ninth with 15.2 points per game and also averaged 5.8 rebounds per game.

Also named to the second team was Indian Trail senior center Anthony Bernero, who ranked seventh in the conference with 15.9 points per game.

Player of the Year honors went to Case junior guard JaKobe Thompson, who averaged 19 points per game to lead the conference champion Eagles.

For a young squad, the Christian Life boys basketball team sure made the right decisions when it mattered most Friday night.

The Central girls basketball team put up a more respectable score against Union Grove this time around.

Tremper’s Jake Gross shoots during a Southeast Conference game against Indian Trail this season. Gross averaged 19.6 points and 8.8 rebounds per game and was named first-team All-SEC.

Bradford’s Da’Quantae Sawyer, right, shoots while being defended by Indian Trail’s Anthony Bernero this season. Bernero was named to the All-SEC second team Saturday, while Sawyer was a third-team pick.