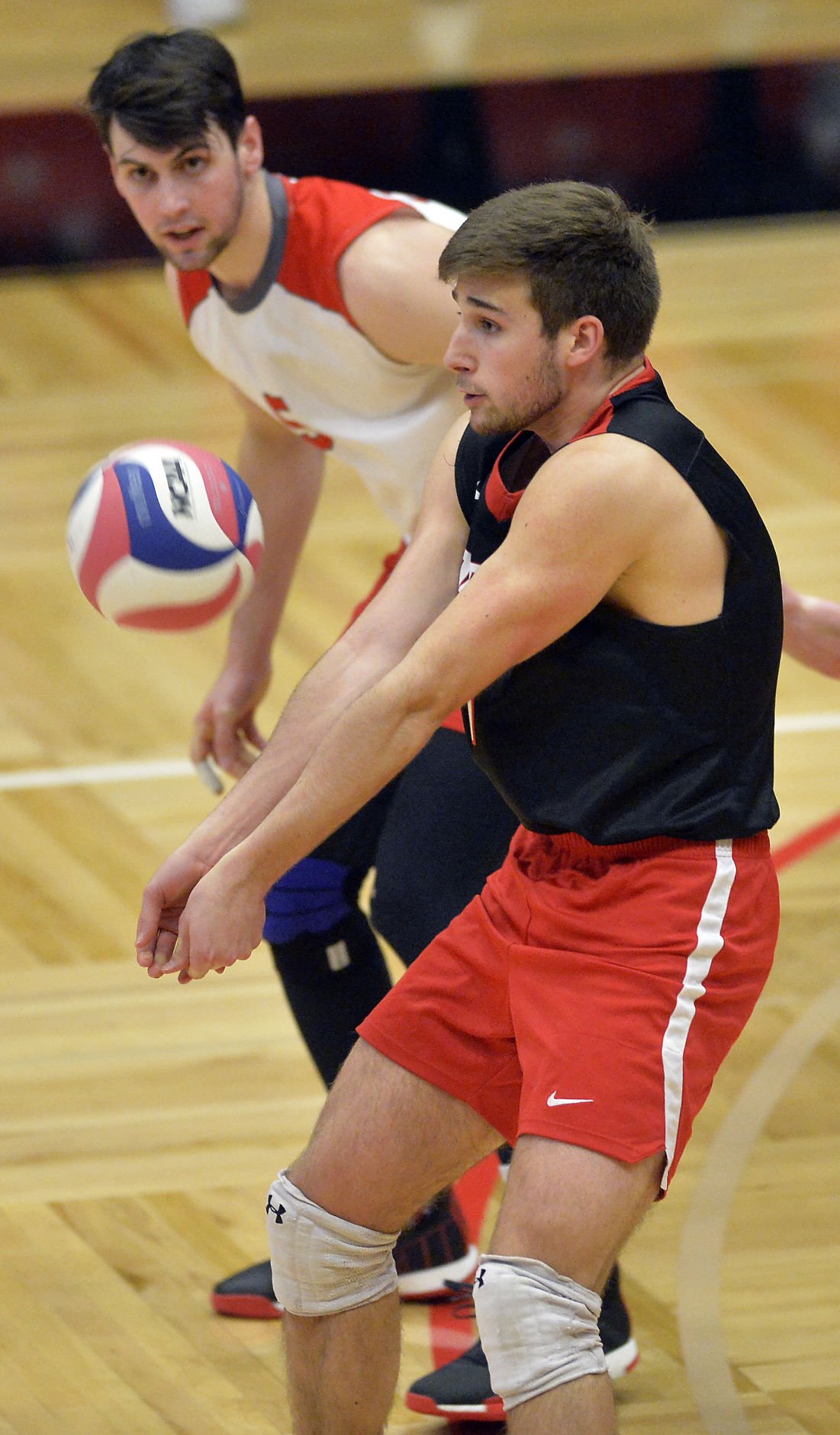 Tremper graduate Blake Arnold (right) has put together a stellar four-year career for the Carthage men’s volleyball team, which takes an 18-0 overall record into the first round of the College Conference of Illinois and Wisconsin Tournament that begins Thursday night at home against North Park. 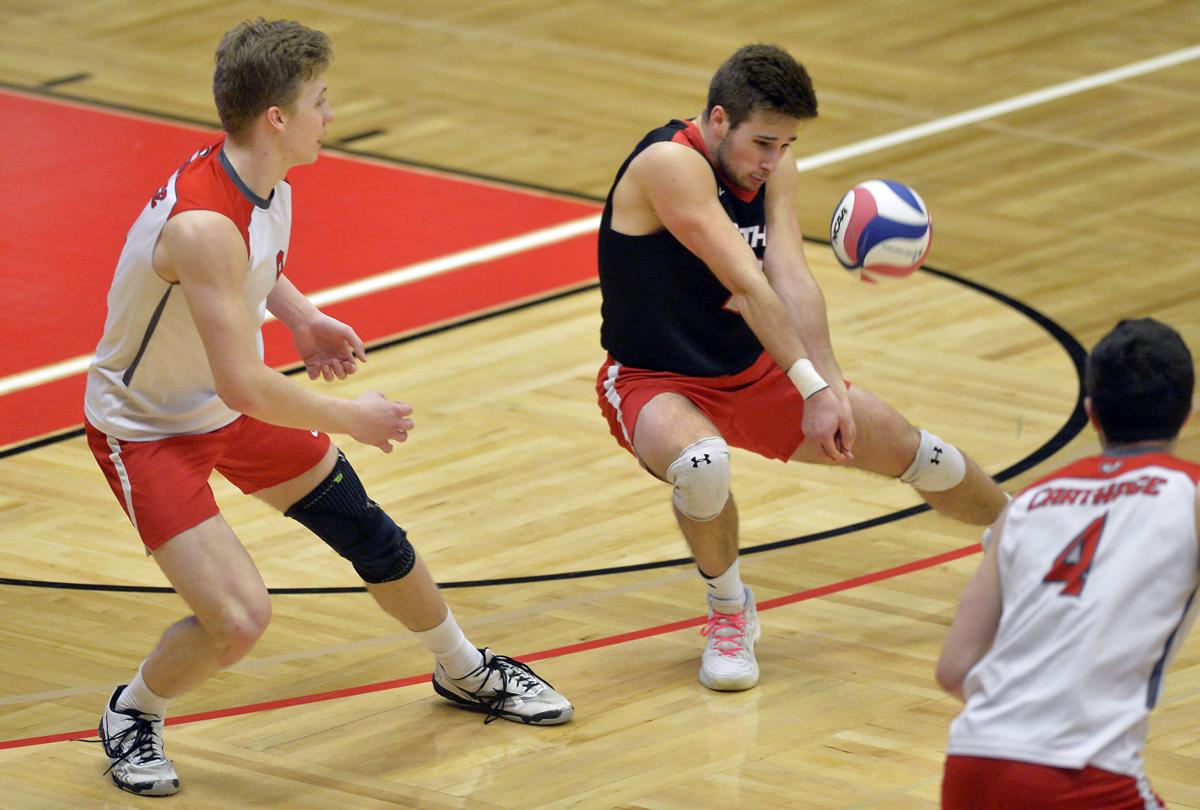 Carthage senior captain Blake Arnold makes a pass to a teammate during a match in 2019. This season Arnold has helped the Firebirds to a perfect 18-0 overall record and a 12-0 mark in the College Conference of Illinois and Wisconsin Tournament that begins Thursday night.

There’s still plenty of hurdles to overcome, but the Carthage men’s volleyball team has put itself in position for a special finish to the pandemic-altered spring season.

And Tremper graduate Blake Arnold finds himself right in the mix.

Carthage, ranked No. 2 in the nation in Division III, finished its regular season Saturday with a three-set sweep over North Park to improve to 18-0 overall. The Firebirds won the regular-season College Conference of Illinois and Wisconsin title with a perfect 12-0 record.

Next up for Carthage is the CCIW Tournament later this week. The Firebirds host North Park on Thursday night at 7 p.m., with the title matchup slated for Saturday at a time and location yet-to-be-determined.

The conference’s automatic berth in the NCAA Tournament in Salem, Va., April 21-24, will be on the line in the final.

But for Arnold, who is one of the Firebirds’ captains, there isn’t anything more important than the next challenge on the docket.

“We’re taking it one game at a time,” he said last week. “We’re not thinking about the NCAA Tournament. We’re just looking at the next game ahead and what we can do to win that game.”

“We are all human, (and) it is tough to not look forward farther into the season,” he said. “I reiterated to our captains that we just need to continue to handle this season one match at a time, think about the one in front of us, what we need to do to win and how we will go about accomplishing that.

“We have done an incredibly good job of that so far, and we plan on continuing to keep the blinders on and our heads down. One of the goals this team has had since the beginning of the year is to treat every team the same. We will continue to put in the maximum effort toward the match in front of us, and good things should happen.”

Arnold, who will graduate later this month with a degree in finance and Spanish and already has a job lined up with U.S. Bank, said the biggest key to this team’s success comes down to one thing.

And the Firebirds certainly have been doing that at their opponents’ expense plenty.

“This year, I think we’re really all having a lot more fun than the past couple years,” Arnold said. “I think, in previous years, when we had good opportunities to win but didn’t win, I think we were a little bit too uptight. This year, you can see in practices that we’re having a lot more fun. We’re goofing around, but at the same time, we’re still getting work done.

It’s that work-fun balance that has made everything come together, Arnold added.

“Part of that has to do with the coaches allowing that to happen,” he said. “They’ve let us have fun and joke around. But we’re there to get better at the same time. Just that balance, I think, is crucial to what we’ve been able to do so far.”

And the enjoyment of the game isn’t just limited to the team overall.

Arnold has relished his roles, not only on the court, but off the court as one of the Firebirds’ designated leaders.

On the court, he’s listed as a libero, but the 6-foot Arnold has moved around as needed. He’s seen time as an outside hitter and even dabbled as a setter.

Heading into the CCIW Tournament, he’s appeared in 53 sets, second only to Kyle Cohan, and has tallied 20 kills, three assists, six aces and 76 digs, which is good for second behind Cohan.

“I’ve been having a lot of fun,” he said. “... I’m kind of a versatile player, so if I can play whatever position, I’m happy with that. There’s even some rotations where I’m playing setter, too. We like to joke around about that, but I can set it, too, so that’s been fun.”

Helping guide the program’s younger players has been equally as satisfying, Arnold said.

“It’s been fun getting to know the freshmen from a captain’s standpoint,” he said. “I can see that they kind of look up to me. That’s been a pretty cool role, just seeing that these guys respect you and just knowing your role as a leader on the team.”

And in both roles, Arnold is thriving, his coach said.

“He has been instrumental to our success this season and over his entire career with his defensive capabilities,” Kieckhefer said. “He has a unique ability to always be where the ball is going and finding ways to get the ball in the air.

“His improvement in his serve-receive game has taken this team to a new level of success offensively. I know it looks like the guys getting kills are good, but those opportunities are started by some of the best passers in the country.”

In Arnold’s nearly four seasons, the Firebirds have posted a 77-8 overall record, and from Kieckhefer’s perspective, there’s definitely a correlation to that success and Arnold’s presence in the program.

It’s that winning mentality that has helped Carthage when its needed it most, Kieckhefer said.

“Not only does Blake bring a ton of volleyball ability to this team, but he leads the team from the front by setting a great example with his work ethic,” Kieckhefer said. “I know I can count on Blake to step up to a big moment in a match and give the other guys around him confidence as well.

“The winning intangible is unexplainable. You know it when you see it. Blake is just a winner. He finds ways to do it, and that attitude is contagious.”

When Arnold moves from the back of the court to the front as an outside hitter, the immediate challenge becomes fairly obvious quickly.

The front of the net is where the height resides, and that forces Arnold sometimes to sit back and take notice, even before the match has begun.

“That usually happens in warmups,” he said. “When we’re on the other side of the net watching these guys hit, I’m like, ‘Oh (shoot),’ but when we’re in the game, you try not to think about that. You just put yourself in a spot to get the ball and try to make a play.

Even when he rotates back to his libero position, Arnold said he hasn’t been immune to the power game the trees in the front can bring.

And that can lead to more than a few uncomfortable moments when a blistering kill hits a random body part, he said.

“That happens every once in a while,” Arnold said. “I’ve been hit in the chest multiple times, and you feel that for a couple days.”

As a freshman at Tremper, Arnold said he found himself deciding between boys volleyball and football as a fall sport he wanted to pursue.

In the end, volleyball won out, and Arnold left high school with a pair of first-team, All-Southeast Conference honors to his credit — not too shabby for someone who hadn’t experienced the sport until his ninth-grade year.

“I had never played volleyball,” Arnold said. “It was between that or football. I made the decision to do volleyball, and my coach (Chris Allen), really liked what he saw, just hyped me up from the start and got me into playing club.

“I credit a lot of my success to him. He’s always been motivating me from my freshman to senior year.”

Staying close to home for college was important for the Pleasant Prairie resident, Arnold said.

And it didn’t hurt that Allen was a former Carthage player himself with connections to the school and former head coach LJ Marx.

“It’s obviously a great school,” Arnold said. “I’m pretty close to my family, so I wanted to stay close. I’ve always liked going to Carthage volleyball games, so that was kind of how my decision went.”

There doesn’t seem to be much that can slow down Kenosha’s Luis Alvarado these days.

Is Aaron Rodgers’ future in ‘Jeopardy’? Packers QB 'would love to’ be game show’s full-time host

Aaron Rodgers reiterated his standing with the Packers remains a “beautiful mystery,” but shed little light on where things stand with the team following CEO Mark Murphy’s non-answers about Rodgers’ situation last week.

Former longtime UW-Parkside men’s soccer coach Rick Kilps left quite the legacy when he retired in 2010.

North Korea, citing the coronavirus, has become the world's first country to drop out of the Tokyo Olympics. Here's a look at what it might mean.

The Carthage football team hadn’t played a game in 503 days before Friday.

The Brewers cleared up a logjam at one position and added to their depth at another Tuesday, dealing infielder Orlando Arcia to Atlanta for right-handed pitchers Chad Sobotka and Patrick Weigel.

Tremper graduate Blake Arnold (right) has put together a stellar four-year career for the Carthage men’s volleyball team, which takes an 18-0 overall record into the first round of the College Conference of Illinois and Wisconsin Tournament that begins Thursday night at home against North Park.

Carthage senior captain Blake Arnold makes a pass to a teammate during a match in 2019. This season Arnold has helped the Firebirds to a perfect 18-0 overall record and a 12-0 mark in the College Conference of Illinois and Wisconsin Tournament that begins Thursday night. 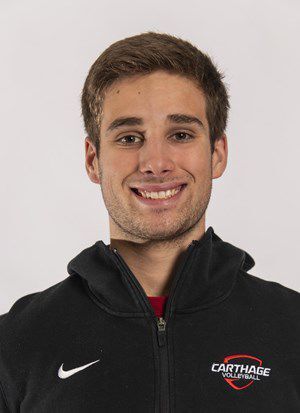 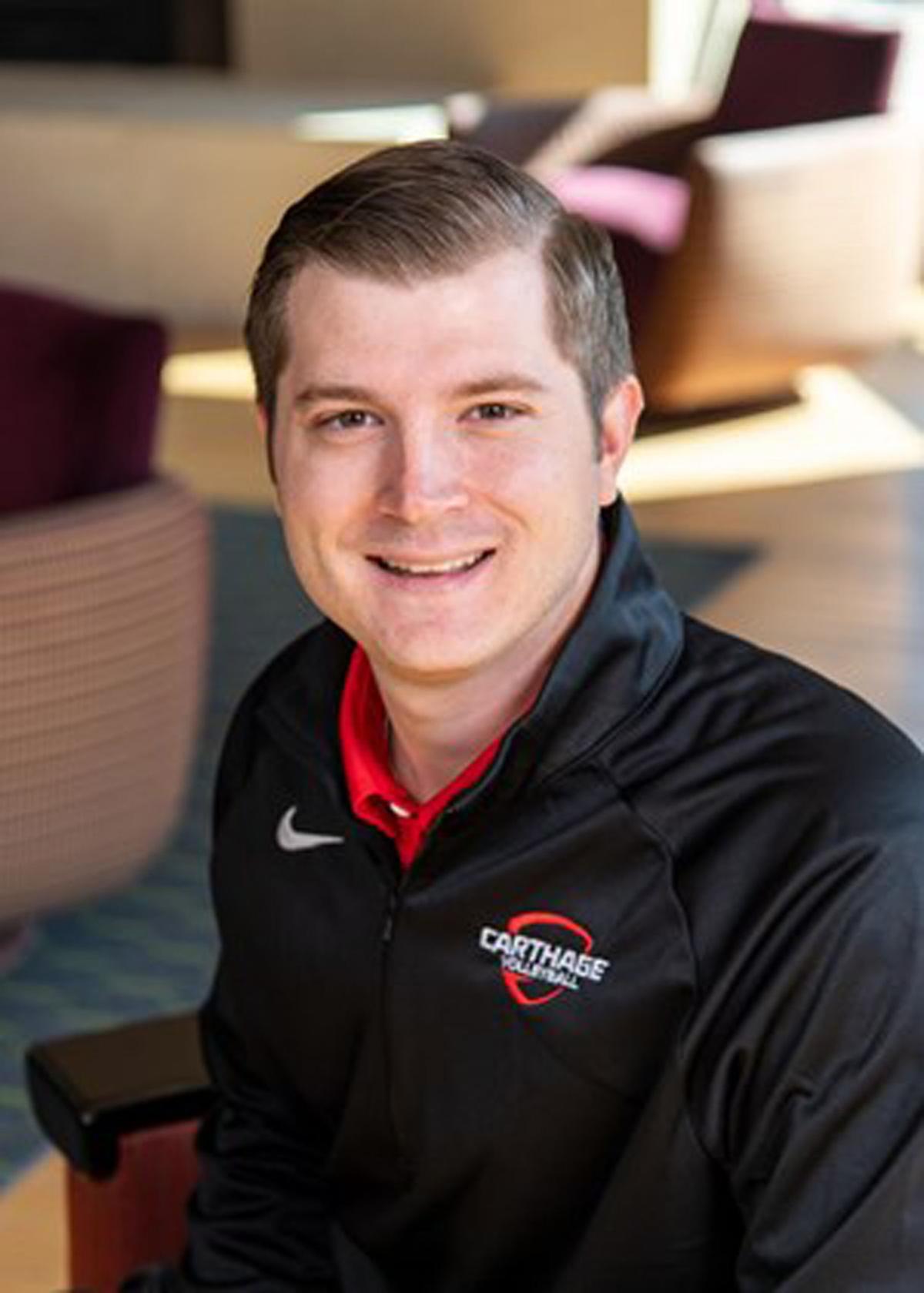