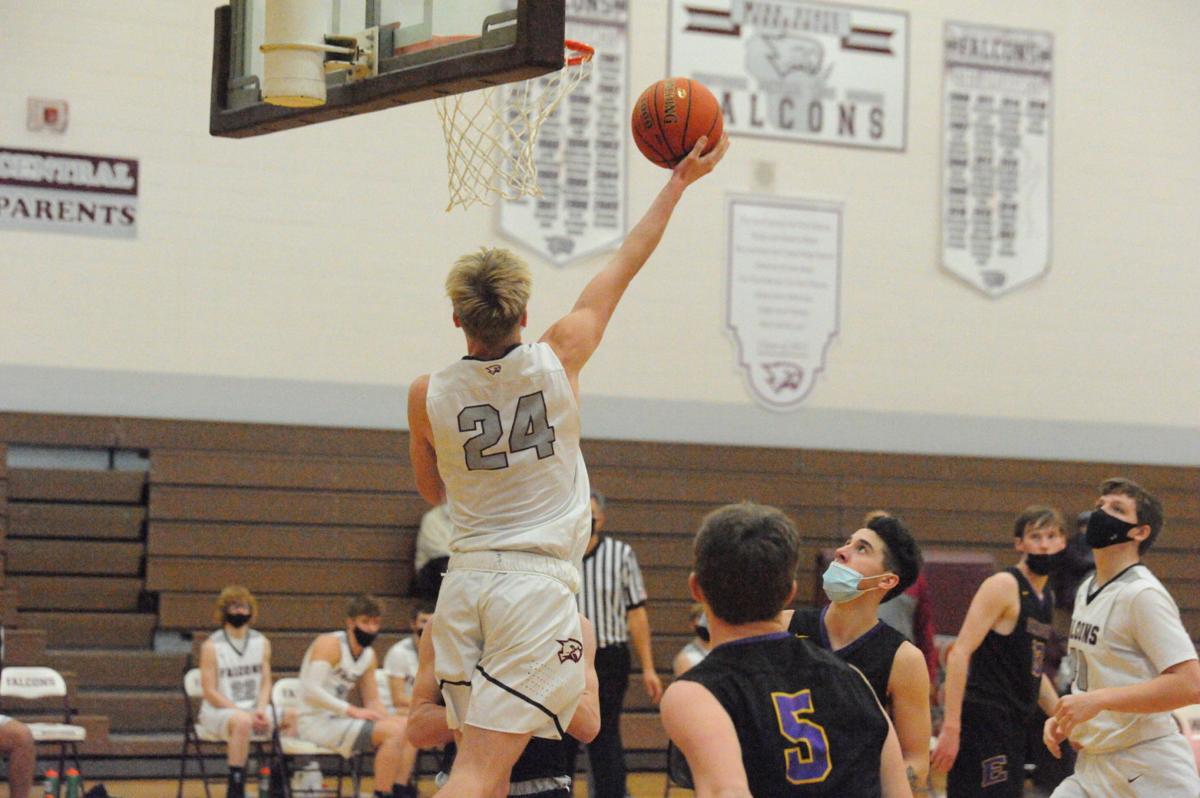 Central’s Jack Rose goes up for a shot during the Falcons’ 82-42 Southern Lakes Conference win over Elkhorn on Tuesday night in Paddock Lake. Rose scored 17 points. 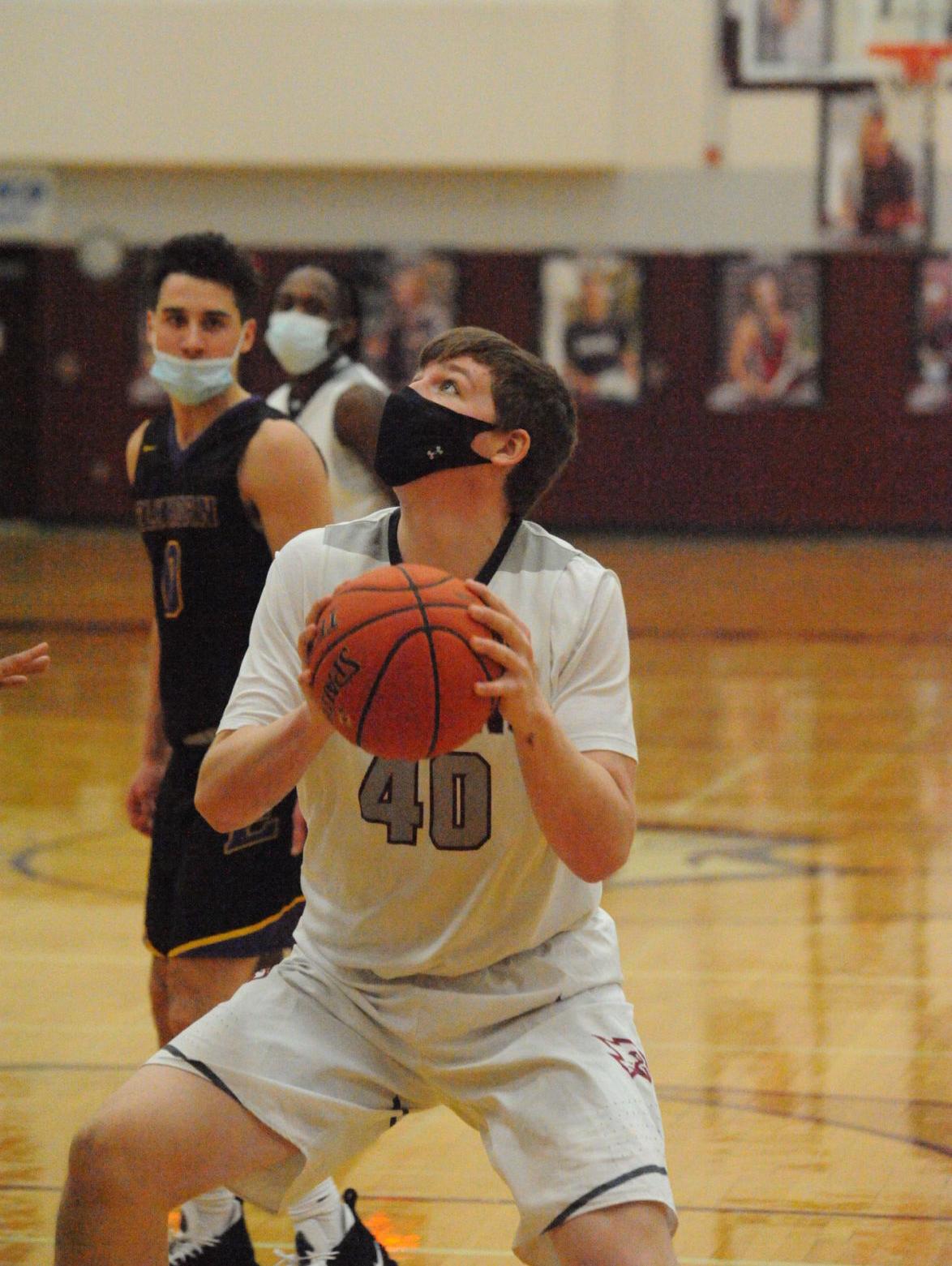 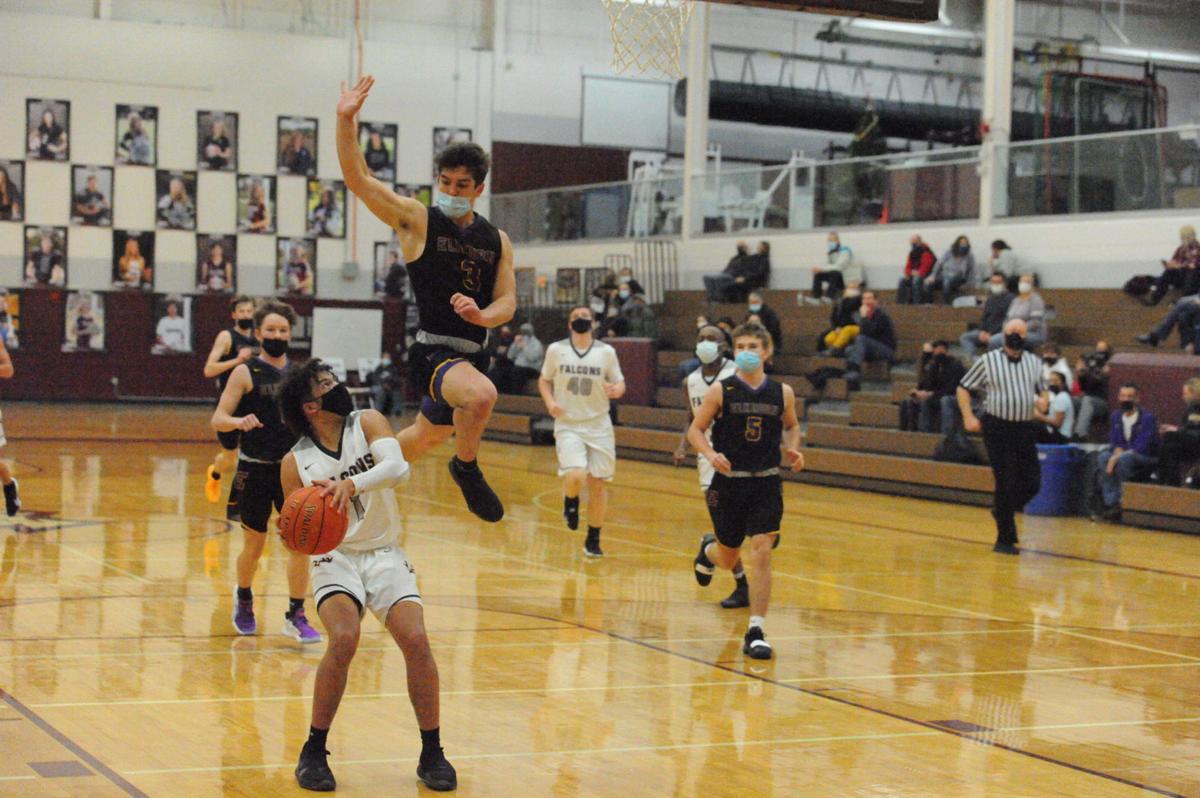 Central's Devin Griffin gets his defender in the air during the Falcons' 82-42 Southern Lakes Conference win over Elkhorn on Tuesday night in Paddock Lake. Griffin led Central with 23 points.

Well, his dad was there every step of the way, and on Tuesday night it was Marcus Zackery’s turn to grab a little of the limelight.

The elder Zackery has coached with Jaeden’s teams for years and has remained an assistant at Central under James Hyllberg, even though Jaeden graduated in 2019. With Hyllberg out with an illness Tuesday night for the Falcons’ Southern Lakes Conference matchup with Elkhorn in Paddock Lake, the friendly, gregarious Marcus Zackery was like a kid on Christmas morning given a chance to be the main man.

Well, the Falcons gave him quite a present, gaining a measure of revenge on the Elks with an 82-42 blowout win.

“Hyllberg will be back Friday,” said Markus Zackery, who coached his first game after seven years as an assistant. “’J.Z.’ (Jaeden) texted me before the game, and we had a little conversation about Elkhorn. We have history with them. I’ve been here seven years, I should know what to do at this point.

“We had everything mapped out what we were going to do, so we spoke about it before the game. We wanted to keep (Elkhorn senior standout Jordan) Johnson out of the paint. We let him have his points, but we didn’t want anyone else to beat us. The last time we saw Elkhorn, it was the end of the season. I said, ‘Let’s make it a point to remind them we’re coming back this year.’”

Johnson, the reigning SLC Player of the Year and a recruit of NCAA Division II Minnesota-Moorhead, scored 27 points for Elkhorn, but nobody else scored more than six.

Senior reserves Shawn Noonan and Roman Varty, for example, enjoyed some minutes. Zackery said he wanted to make sure everyone got in the game.

“Those guys work hard and push us to be better,” he said. “Their names are never in the paper. When they scored, the starters were standing and cheering for them.”

An 18-point lead in the second half quickly became a 58-32 Central advantage, and the rout was on.

Central is now 7-1 overall and remains undefeated at 6-0 atop the SLC standings, a half-game ahead of Burlington, which beat Waterford on Tuesday night.

Elkhorn dropped to 1-5 overall and 1-3 in the SLC. The Elks continue to take their youthful lumps after losing four starters and the sixth man from a squad that reached the State Tournament in 2019 and the sectional finals last year before the season was cancelled due to COVID-19.

The Falcons play at Waterford on Friday night. They beat the Wolverines 75-44 in Paddock Lake on Dec. 22. Central received one vote in Division-2 in the latest Associated Press state poll.

Central’s Jack Rose goes up for a shot during the Falcons’ 82-42 Southern Lakes Conference win over Elkhorn on Tuesday night in Paddock Lake. Rose scored 17 points.

Central's Devin Griffin gets his defender in the air during the Falcons' 82-42 Southern Lakes Conference win over Elkhorn on Tuesday night in Paddock Lake. Griffin led Central with 23 points.