KENOSHA -- On the afternoon of Aug. 1, a small fleet of large ships will be coming into the Kenosha's harbor. This Parade of Sail will mark the beginning of the Kenosha Tall Ships Festival.

Kenosha’s festival is part of Tall Ships of America’s Tall Ships Challenge, an event that happens every year on different American waters. This year it is on the Great Lakes.

Kenosha is one of the 11 host cities for the event this year, and Kenosha is getting ready. “All of the host cities have their own maritime festival,” said Erin Short, Tall Ships Challenge director.

The boats will be the main attraction at a festival that includes tons of activities for people of all ages. The fleet of seven ships led by Kenosha’s own Red Witch, will be open for tours given by the ships’ crews.

Some ships, including Red Witch, also will offer sail away rides during the festival, providing a chance to experience the boats on the water. Sail-away ticket prices range from $55-$75.

“Seeing and being on the boats are going to be the number one things that get people to the festival,” said Patricia Lock, Tall Ships Challenge director of special projects.

The tall ships are true to their name, with heights ranging from 73 feet all the way up to 181 feet.

“People will be surprised once they see the size of the ships,” said Kris Kochman, Kenosha community relations liaison.

For those who may not be interested in the boats or want more things to do over the course of the festival, there will be numerous other activities to enjoy once the event kicks into festival mode on Aug. 2.

The Pepsi Kids Zone at the Kenosha Public Museum will have different boat and water related activities for kids to enjoy.

The Wisconsin Coastal Management and NOAA (National Oceanographic & Atmospheric Administration) will host the Exploration Station, a series of speakers that range from ship captains to archaeologists who will give speeches about different topics including shipwrecks and invasive species in the Great Lakes.

Live music performances will go on during the event, but a separate concert called Kenosha Rocks the Dock! will take place at 7 p.m. on Aug. 2. The band American English will perform, and some ships will also be available for boarding during that time. The concert requires a separate $20 ticket.

Being part of a national event, the festival gives Kenosha a chance to gain national recognition, especially through the tourists the festival will bring in.

“The event will appeal to locals,” Lock said, “but it will also draw people from afar. People will drive from well over four hours away to see the ships.”

Being close to both Milwaukee and Chicago will draw crowds from those two large cities especially.

Kenosha has hosted the Tall Ships in the past, but it has never been a host to the Tall Ships Challenge race. The city got the opportunity because they were willing to take on the event, as well as having the appropriate requirements including dock space.

The city drew around 50,000 people to the lakefront during the past events, and the city hopes to get even more with the Tall Ships Challenge.

“It’s really about showcasing Kenosha to people that are not from here,” Kochman said. “It’s also something different you don't see in the harbor every day.”

To go along with the festival, the city has different initiatives that they’re trying to promote, led by Green Up, Kenosha!

The city wants the event to have a low-carbon footprint. Recycling bins be will all around the festival site, and Kenosha City Hall bike racks are available for those who live close by and choose to bike. The festival is also urging people to download their tickets on their phone instead of printing them off.

Aug. 3 is Green Up Kenosha Day. To show support, festival goers should wear green as well as bring in a can or two of green vegetables to be donated to the Shalom Center pantry.

Beyond the tall ships, lots to explore in Kenosha

In between host cities, the boats in the challenge will race each other. Though spectators won’t be able to watch because of how far off the coast the races take place, a ship tracker is embedded online for people to follow on kenoshatallships.com.

Destination Wisconsin: Plan your next trip in your own backyard

Beyond the tall ships, lots to explore in Kenosha

If you're visiting Kenosha for the Tall Ships Festival Aug. 1-4, you'll be plenty busy at the harborside area. 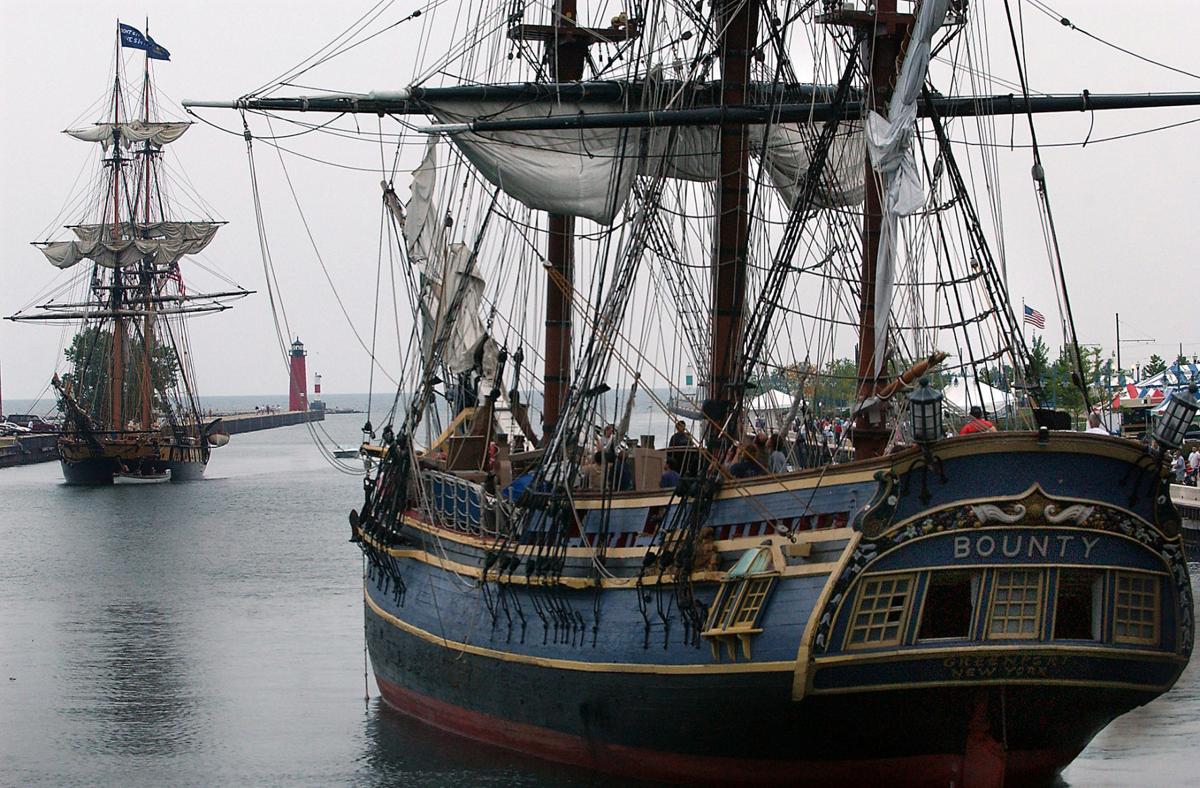 The U.S. Brig Niagara, left, and the H.M.S. Bounty arrive in Kenosha's harbor for a past Tall Ships Festival. While Kenosha has hosted tall ship festivals in the past, this year the city is serving as a port for the Tall Ships Challenge race. 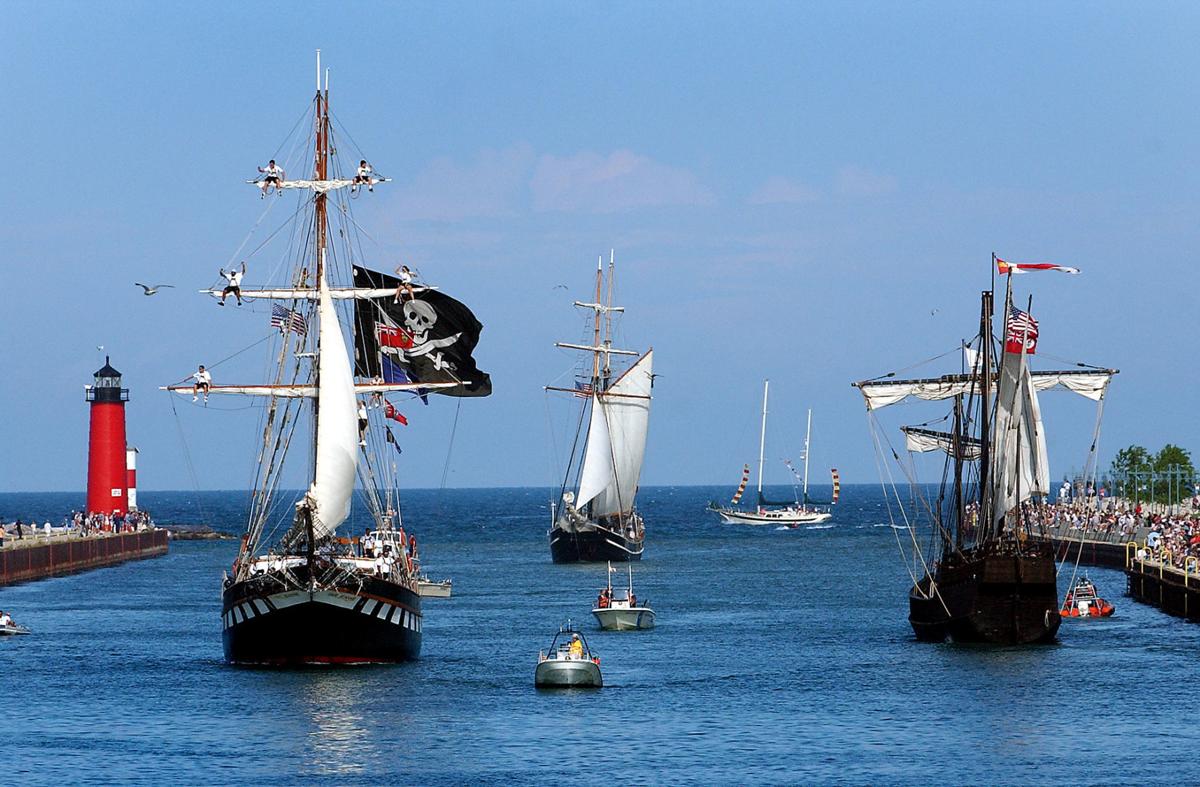 The Tall Ships Festival opens with the Parade of Sail on the afternoon of Aug. 1 as the ships sail into Kenosha's harbor. In this file photo, the tall ships Fair Jeanne, left, True North, center, and the Nina, right, sail into harbor for a past festival 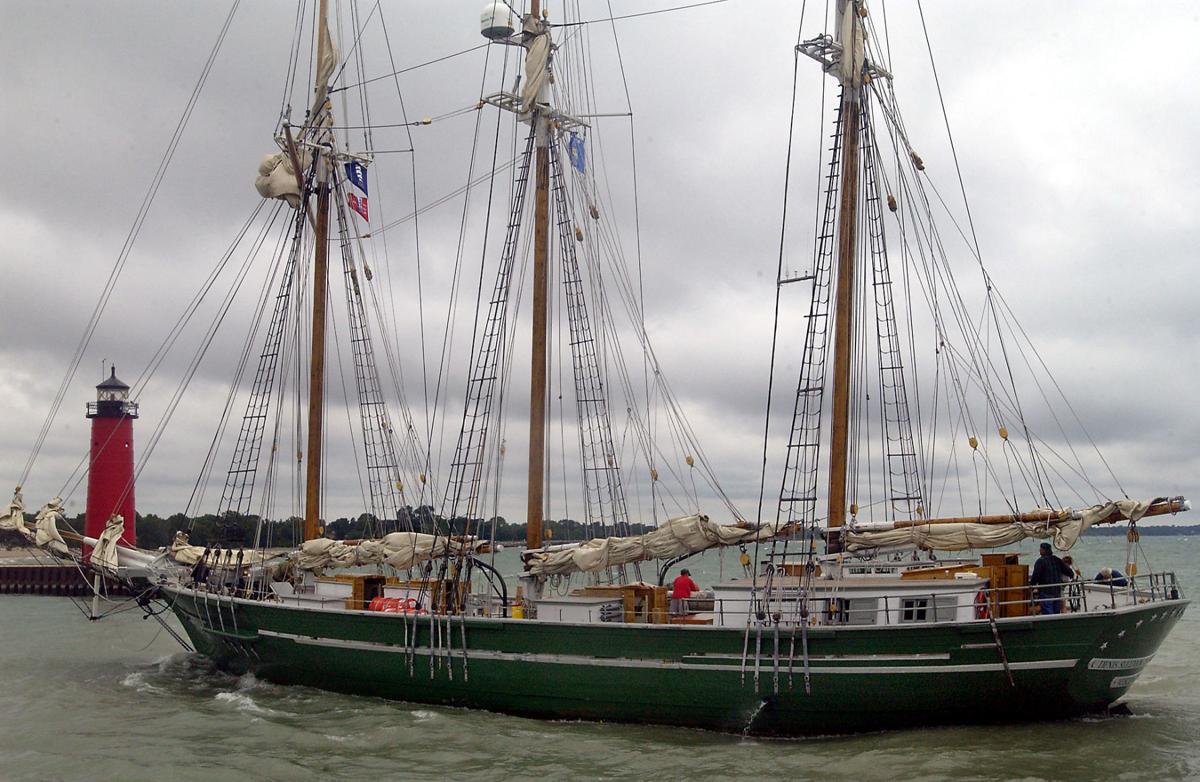 The tall ship Denis Sullivan is a replica Great Lakes schooner that is based at Milwaukee's Discovery World museum. 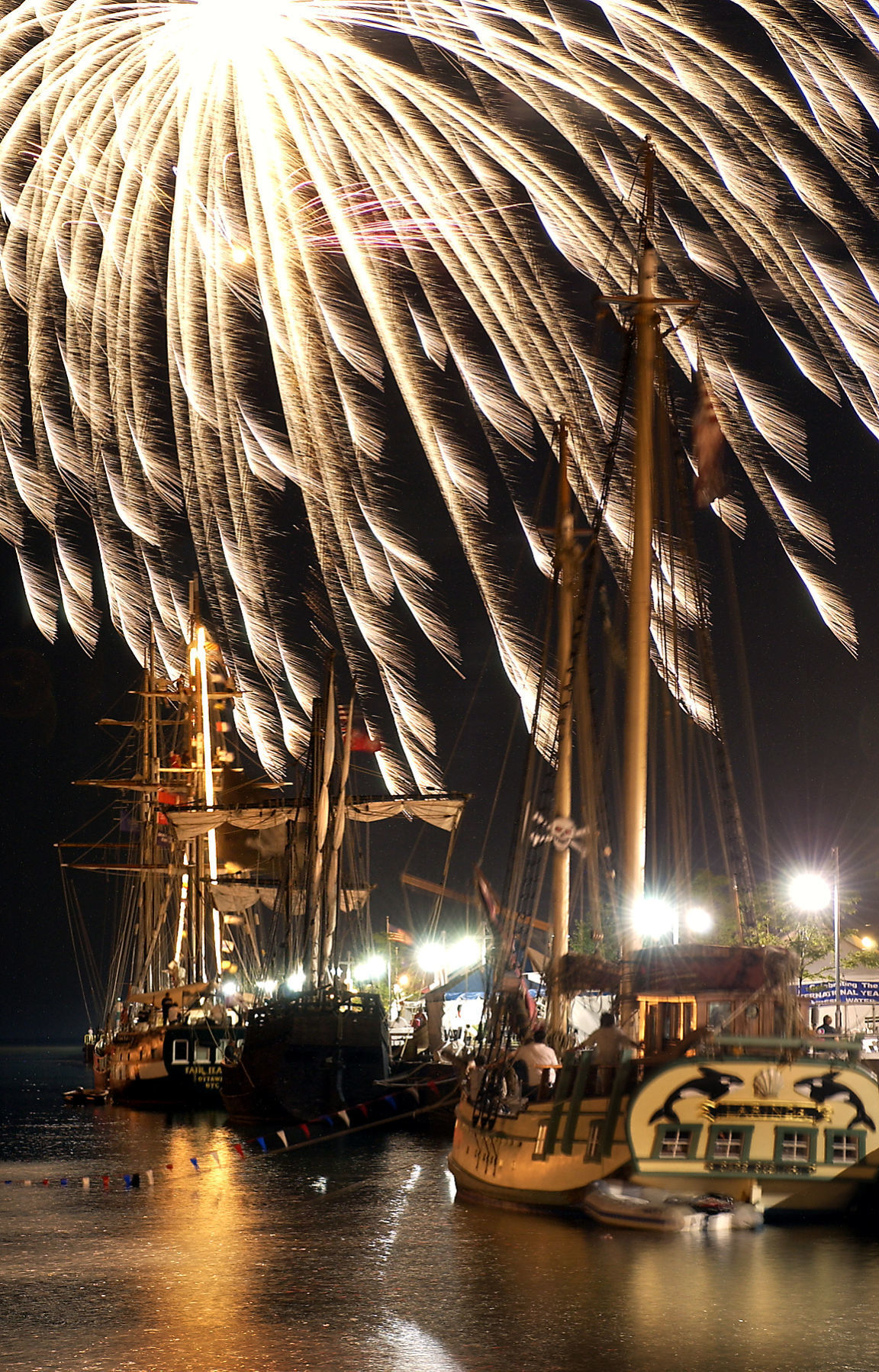 Fireworks bloom over the tall ships in the Kenosha harbor at a past Tall Ships Festival. 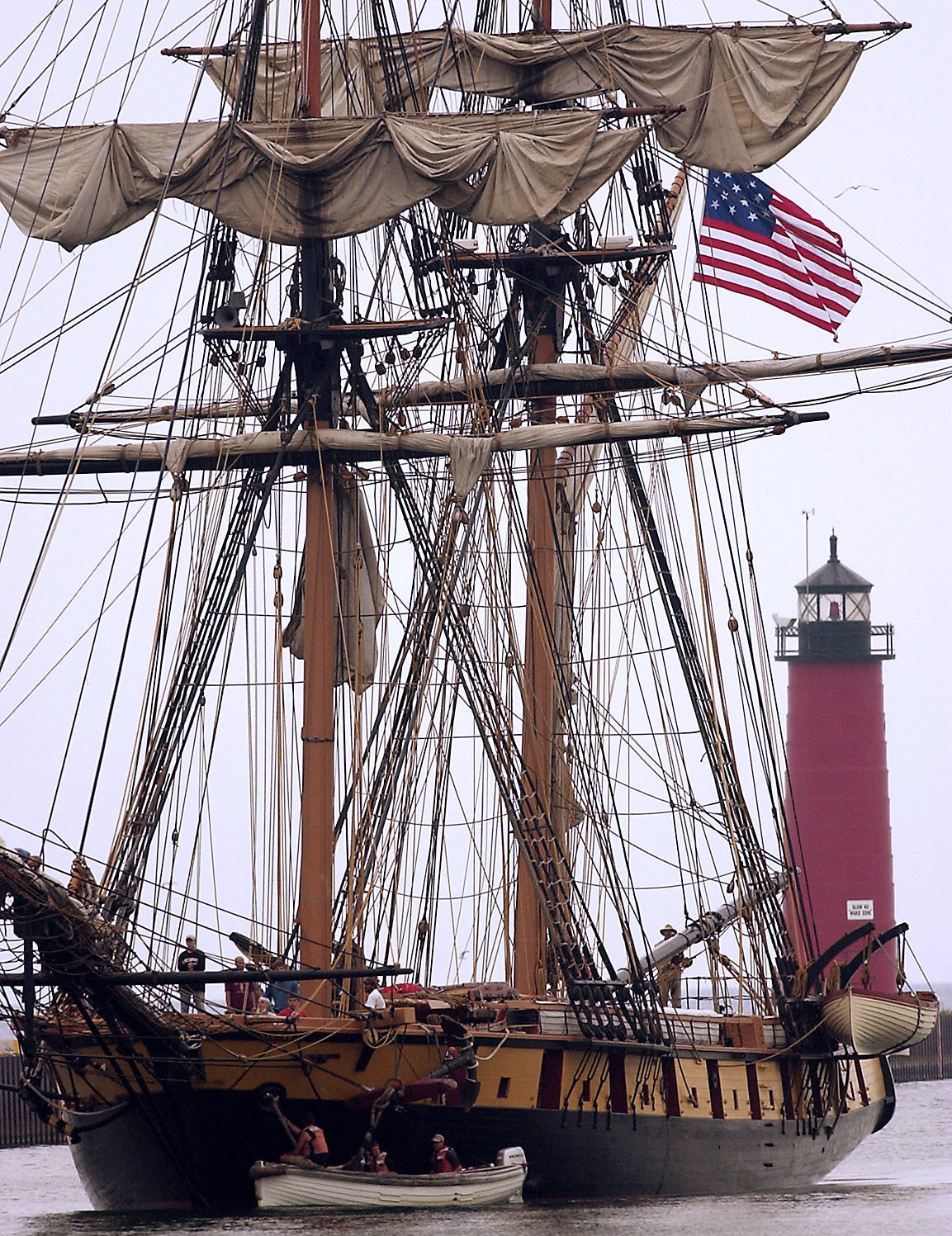 The U.S. Brig Niagara is a replica of Commodore Oliver Hazard Perry's flagship from the Battle of Lake Erie in the War of 1812. 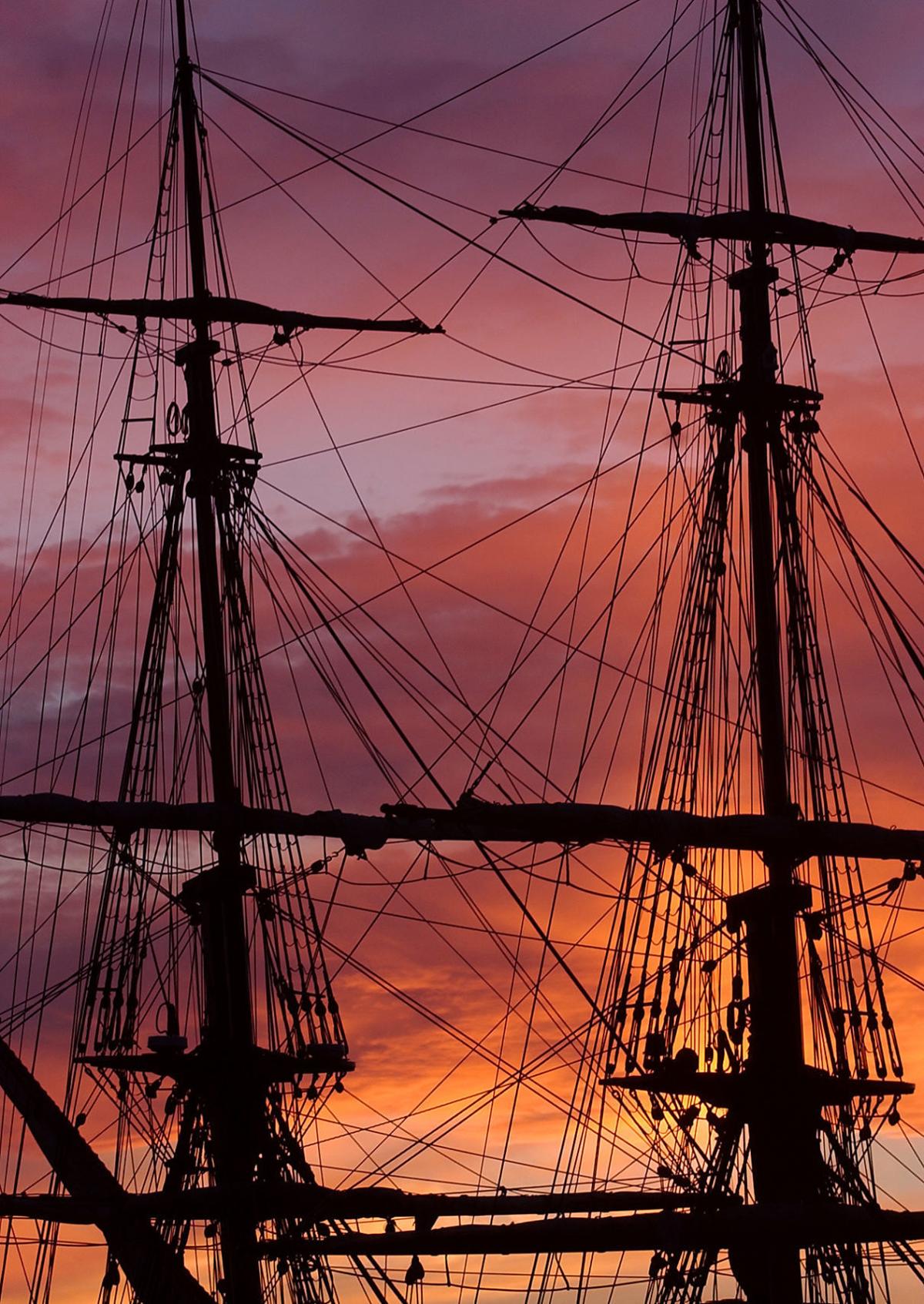 Tall ship H.M.S. Bounty's rigging stands out against a colorful sunset at a past Tall Ships Festival in Kenosha.