Become a Member
Read Today's E-edition
Share This
Polar vortex shift has Wisconsin shivering, with no end in sight to bitter cold
0 Comments
Share this
1 of 2 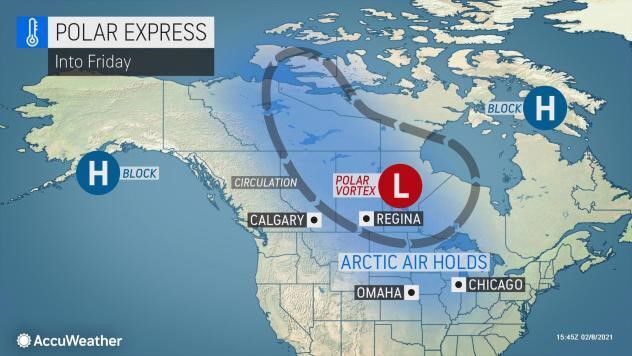 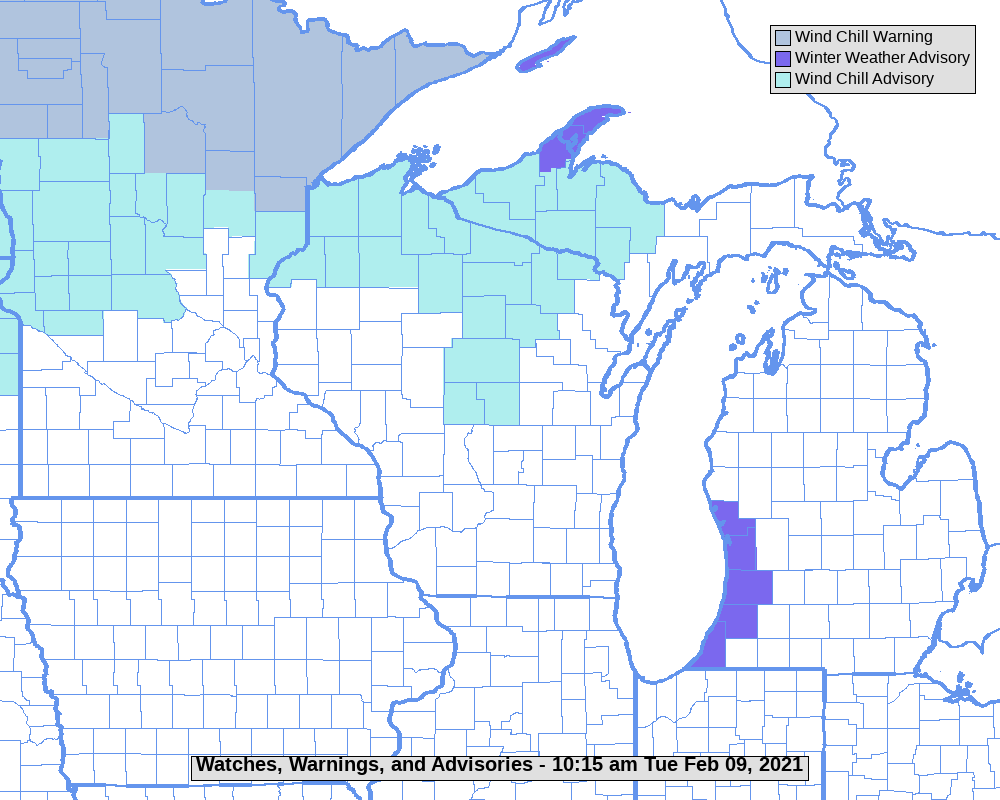 Forecasters have been warning for about a month that a weakening in the polar vortex could send bitter cold plunging into Wisconsin.

It took longer than initially predicted, but the frigid cold arrived last weekend and shows no signs of leaving, possibly turning into the coldest stretch in Madison history by one measure.

Madison’s longest string of consecutive days with a daytime high temperature of 10 degrees or less is 10, which occurred in January 1963, followed by seven in January 1994, according to Steve Ackerman and Jonathan Martin, UW-Madison professors.

The high for Madison was 6 on Saturday, zero on Sunday, and 5 on Monday, and the highest high forecast for the next week by the National Weather Service and 27 Storm Track is 10.

The harshest cold of winter so far has left some locations below zero for more than two days — Fargo, North Dakota, last recorded a temperature above zero on Friday night — and there is no sign of the cold easing, AccuWeather said.

“Unfortunately for people who really mind the cold, arctic air is going to remain entrenched over much of the North Central states into this weekend," AccuWeather senior meteorologist Alex Sosnowski said, adding that it is “likely to get even more extensive by this weekend.”

Legendary icebox International Falls, Minnesota saw a low of 36 below on Monday, cold enough for boiling water to be thrown into the air and turn into ice crystals before hitting the ground, and for jeans to freeze solid so they can stand on their own.

The arctic cold boosted ice coverage on Lake Erie from 8% to 43% from 7 a.m. to 7 p.m. on Sunday, AccuWeather broadcast meteorologist Geoff Cornish said. Overall ice coverage for the entire Great Lakes is 18.7%, up from 12.6% on Saturday, according to the Great Lakes Environmental Research Laboratory.

Southern Wisconsin other than Milwaukee, Racine and Kenosha counties was under a wind chill advisory until 9 a.m., with the temperature tumbling to 17 below at 6:53 a.m. at the Dane County Regional Airport, the National Weather Service said. Light winds meant wind chills were only slightly worse.

Additional wind chill advisories may be needed from later this week into the weekend, NWS meteorologist Chris Stumpf said.

The Weather Service said there is potential for widespread light snow Thursday afternoon into early Friday morning. Up to 3 inches could fall in Milwaukee and other parts of southeastern Wisconsin, up to 2 inches in Janesville and Sheboygan, and up to an inch from Madison to Wausau and Eau Claire.

In Madison on Tuesday, look for mostly sunny skies, a high near 8, and northwest winds around 5 miles per hour developing in the morning producing wind chill values of 20 below to 10 below.

After an overnight low around 5 below, Wednesday should be partly sunny, with a high near 9 and north winds around 5 miles per hour developing in the morning producing wind chill values of 10 below to zero.

After a low overnight Wednesday into Thursday around 5 below, Thursday’s forecast features a 30% chance for snow after noon, mostly cloudy skies, a high near 9 and north winds at 5 to 10 mph.

Chances for snow are 50% Thursday night, and 20% Friday night through Saturday night.

Skies over Madison should be mostly cloudy Friday and Saturday, and partly sunny Sunday and Monday, with highs near 6, 5, 6 and 10, and lows Thursday night through Sunday night around 4 below, 8 below, 8 below and 11 below.

Ask the Weather Guys: What is Madison's longest stretch of frigid temperatures?

Madison is in the middle of a frigid stretch that may make a run at some rather obscure signatures of winter cold from the past.

Ask the Weather Guys: What were the memorable U.S. weather events of 2020?

The year 2020 will be noted for some memorable and record-breaking weather.

Q: How is Wisconsin winter weather affected by La Niña?

A Dane County school district claimed it was working with YWCA Madison on community healing in wake of an assignment that asked sixth-graders how they would punish a slave, but YWCA CEO Vanessa McDowell says, "That is not true." No such partnership exists.

Wisconsin now ranks 10th among states in the percentage of people who have received at least one dose, up from near the bottom last month.

Wisconsin now ranks 10th in doses given per capita, up from near the bottom of states last month.

Northern Wisconsin prosecutor accused of having sex with women he prosecuted

He is accused of secretly taking video of sexual encounters with the women.

See the whole series: The Great Divide: 10 years since Act 10

A decade later, the Wisconsin State Journal looks back at the historic debate and protests over the controversial anti-union law known as Act 10.